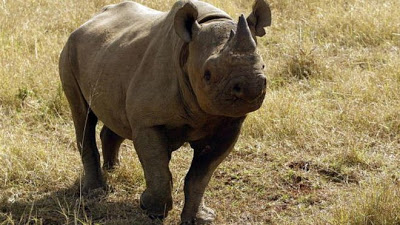 A conservationist who played a key role in reintroducing the eastern black rhino to Rwanda has been killed by one of the animals, a wildlife group says.

Krisztián Gyöngyi was tracking animals in the Akagera National Park when he was killed, African Parks added.

It did not give more details, but rhinos usually charge and kill people with their horn.

Eastern black rhinos became extinct in Rwanda about a decade ago, and were reintroduced in May.

The death of Mr Gyöngyi, who was from Hungary, was “very tragic” and a “huge loss”, African Parks CEO Peter Fearnhead said in a statement.

He was a rhino specialist with more than five years’ experience, and was instrumental in supporting efforts to reintroduce the black rhino to Rwanda, Mr Fearnhead added