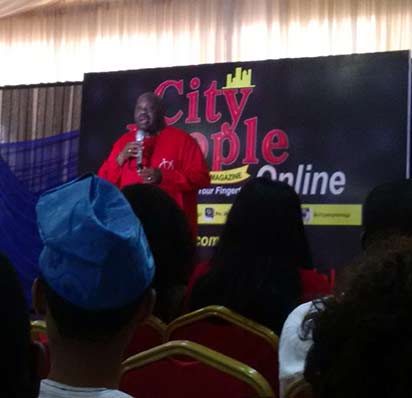 Fellow Nigerians, anyone familiar with CNN International would readily know the name and face of an unusually dramatic presenter, Richard Quest, widely known and acclaimed for his popular programme “Quest Means Business”. This journalist with a tinge of eccentricity has been in Nigeria all this week. If he is still in town and able to read this, let me say a big Nigerian welcome to him, before I move on to the meat of my epistle this week.

I believe CNN is more popular in Nigeria than it is in its original base in the United States of America. Our love and propensity for anything and anyone foreign is legendary. That is why we go to great extents to scour the length and breadth of the globe to get foreigners to do the jobs that Nigerians can do better and cheaper, whilst those other nations gleefully snap up our precocious and prodigious talents to develop their arts, sciences and economy. Indeed, our predilection for all things foreign is not limited to services but extends to almost every conceivable commodity or good produced. Things have even become so bad that our staple products like Garri are now being made abroad and imported into this country with willing acceptance by our import crazy population.

If toothpicks can be on the import list, why not a very powerful and influential television channel like CNN? CNN should be eternally grateful to Nigerian brands. Such brands as the grandmasters of data, GLOBALCOM, owned by the Spirit of Africa, Dr Mike Adenuga Jnr, with extraordinary stakes in telecoms, oil and gas, banking and real estates; Zenith Bank; the Dangote Group, with vast interests in cement, commodities, petrochemicals and agriculture; the global bank UBA, whose Chairman, Dr Tony Elumelu is known as the father of emerging African entrepreneurs through a stupendous investment of 100 million US Dollars in charity; First Bank of Nigeria PLC; Access Bank PLC; Diamond Bank PLC; and others have been a handsome financier of CNN Programmes. There is no doubt that Nigerian companies patronise CNN more than others on the continent. I won’t be surprised if other great News Channels are jealous of the good fortunes and the domination of the Nigerian market by CNN.

Richard Quest is therefore a big name and a massive fish in Nigeria’s net. This is obvious in the way and manner members of the Nigerian privilegentsia have been falling over themselves to meet and speak to Richard since he arrived on these shores. And trust Richard to make the best of this unique opportunity. While Richard has attracted a huge attention and publicity to Nigeria, he has also tried to stylishly diss our foibles and egocentricities. The commonest is the lack of regular power supply. I watched him from the rooftops of the Intercontinental hotel and he said the place is powered by five generators. He took us through the popular Marina road on Lagos island where he juxtaposed the paradox of wealth and poverty existing side by side. That is the reality of Nigeria. We are a very special and uncommon people.

Nigeria parades some of the world’s smartest human beings. I’m certain even Richard Quest is amazed at the array and parade of greatness in the personalities that he has met in Nigeria. He must be wondering secretly, in case I missed his confession on the matter, why Nigeria is often led and controlled by the dregs of society and the wretched of the earth. He is likely to marvel at why a country with such a population of incredibly educated, talented and enlightened citizens have remained so pitifully docile and unable to liberate itself from its perpetual servitude. The problem with Nigeria is almost one of a supernatural nature and not easy to analyse and comprehend. Its complexity is such that Nigerians themselves spend ample time and energy debating and bemoaning the excruciating conditions we are forced to live with on daily basis.

Thanks to CNN and Richard Quest, even if some of our big guns paid for it, Nigeria has enjoyed a nice week of celebrating a few of our best and it is not a bad idea at all. But I hope our government would allow us savour this rare moment of giddiness after Richard has come and gone. I will tell you why. Every Nigerian government, since 1999, has made it a pre-occupation to rubbish Nigeria and Nigerians, under the pretext of fighting a phantom war against a nebulous corruption pandemic. Yet nothing major has come out of this grandstanding in nearly twenty years. I believe that corruption is a societal ill that must be tackled not only urgently but seriously. Indeed, it is akin to a cancer which requires surgical excision but that can only occur when the necessary palliative conditions have been put in place.

The way we are fighting this battle is simply not it! I would not be surprised if we wake up next week and the trending news is the over-dramatisation of catching big rats and hauling them into detention with all the cameras, flash bulbs, klieg lights and even flashlights in tow and then the rats just as suddenly disappear to whatever hole they were hibernating in when their sleep was disturbed by the barking dogs. Sadly, we have seen this over and over again. While it is good and desirable to fight this war, it should be done with common sense and practical strategy. How we need to fight the war is to develop structures and systems and not a personalisation of the war on corruption as is being done now. Our obsession with kill-and-go methods has not helped matters. The use of brute force has not been able to change the attitude and body language of our people to corruption. Once upon a time, armed robbers were tied to the stakes and killed by firing squad, it never wiped out the terrible menace. A lot would depend on an overhaul of the system that encourages the acidic corruption.

I shall dwell more on this one of these days because I already worked on a blueprint when I ran the Presidential race in 2011. It is not as tough as it seems. Every act of corruption begins from NEED before it graduates to GREED. If we are able to eliminate the chronic deprivation in our land, we might be able to reduce the proclivity for primitive accumulation. A petty pilferer is most likely to transfigure to a pen robber when the opportunity presents itself.

Our government should therefore fight the wars more carefully. The collateral damage to our country and human psyche has become more expensive and debilitating than the gains. We cannot be inviting public relations experts to our country when we are our own worst PR damagers. We cannot expect the world to fall for our PR stunts when we go to the rooftops to advertise ourselves as a country of rogues and artful dodgers. No nation sells its citizens so cheaply in order to appear as a nation of saints in power. We have said this for years and no one seems to care. Russia should serve as a veritable example to us. Each time its citizens are demonised as fraudsters and murderers, the country stands up stoutly to defend its territorial integrity. No self-respecting nation writes to another nation to ask that its citizens be mercilessly scrutinised because they are all potential fraudsters. It is the height of fool-hardiness and it rubbishes all the efforts of many men and women of integrity and goodwill who have laboured assiduously to portray Nigeria in good light. Indeed our leaders should realise that the generality of our people are honest, upright and well-intentioned. That is why we have the great outrage that we get from the populace when our security agencies unearth yet another pot of gold! We should not allow the excesses of less than 5,000 people determine and destroy the future of nearly 200 million people.

Richard Quest will act his part and earn his pay but nothing would change unless we change how we trample upon ourselves in the mud.

Is anyone listening please?

A SEASON OF SUDDEN DEATHS

I have been extremely saddened by the sudden deaths of a few friends and brothers. I was yet to fully accept the death of Oladipo Famakinwa when I was totally blown apart by the death of the former Governor of Osun State, Senator Isiaka Adeleke. As if that was not bad enough, I received the news that Professor Abraham Babalola Borishade, a distinguished scholar and former Minister had passed on. The deadly blows were just too much to absorb by me but what can I do? God is good and in all things we must give thanks.

I had met and bonded with Dipo when I visited and consulted the famous Pastor Tunde Bakare over my Presidential aspiration in 2011. Dipo had asked very pertinent questions about my plans for Nigeria and we interacted as much as time permitted thereafter. I was quite impressed about his passion for matters affecting the Yoruba race. He soon became a recognised authority on the subject and gave his all to the mission to elevate his people out of socio-political doldrums. Like his friend, Yinka Odumakin, his voice was loud and respected. You can imagine how I felt when this voice was silenced by death. May his soul rest in peace.

Now to my big brother, one of the friendliest human beings I ever met, Senator Isiaka Adeleke, the first civilian Governor of Osun State. I landed in Nigeria last Sunday and as soon as I switched on my phone, I received a call from my friend, Mayor Akinpelu and the news he gave me was just too sad! SERUBAWON, as we fondly called Senator Adeleke, had just died. I told him to stop the joke but alas, it was true.

I will always remember Senator Adeleke as someone who gave me an opportunity to work as a consultant on his media coverage around 1992. We worked very closely and he was very accessible. I was very close to members of his family, including Dr Adedeji Adeleke, and in particular, his youngest brother, Dr Ademola Adeleke, who had only a couple of weeks before, in Atlanta, Georgia, enlisted my support for Serubawon’s bid for another term as Governor of Osun State. An astute politician, Senator Adeleke was a very happy and joyous man who welcomed everyone with open arms. May Allah accept his soul.

I met Professor Borisade at the Obafemi Awolowo University, Ile-Ife where he was a respected lecturer in the Faculty of Technology. Prof. was a good friend and colleague of my elder brother, Professor Oladele Ajayi, a distinguished material scientist in the Department of Physics and we thus had cause to meet occasionally. However, I came to know him more because he was part of a troika that consisted of himself, Professor Sola Ehindero, of the Faculty of Education and Professor Femi Fajewonyomi of the Faculty of Health Sciences. I was a political protégé of Professor Ehindero and so Professor Borisade and I interacted regularly as a result. He was intelligent and very passionate about Nigeria. I was happy for him when he became a Minister and I believed he tried to serve to the best of his ability. I pray for the sweet repose of his soul.

Aso Villa And The audacity Of Rats...