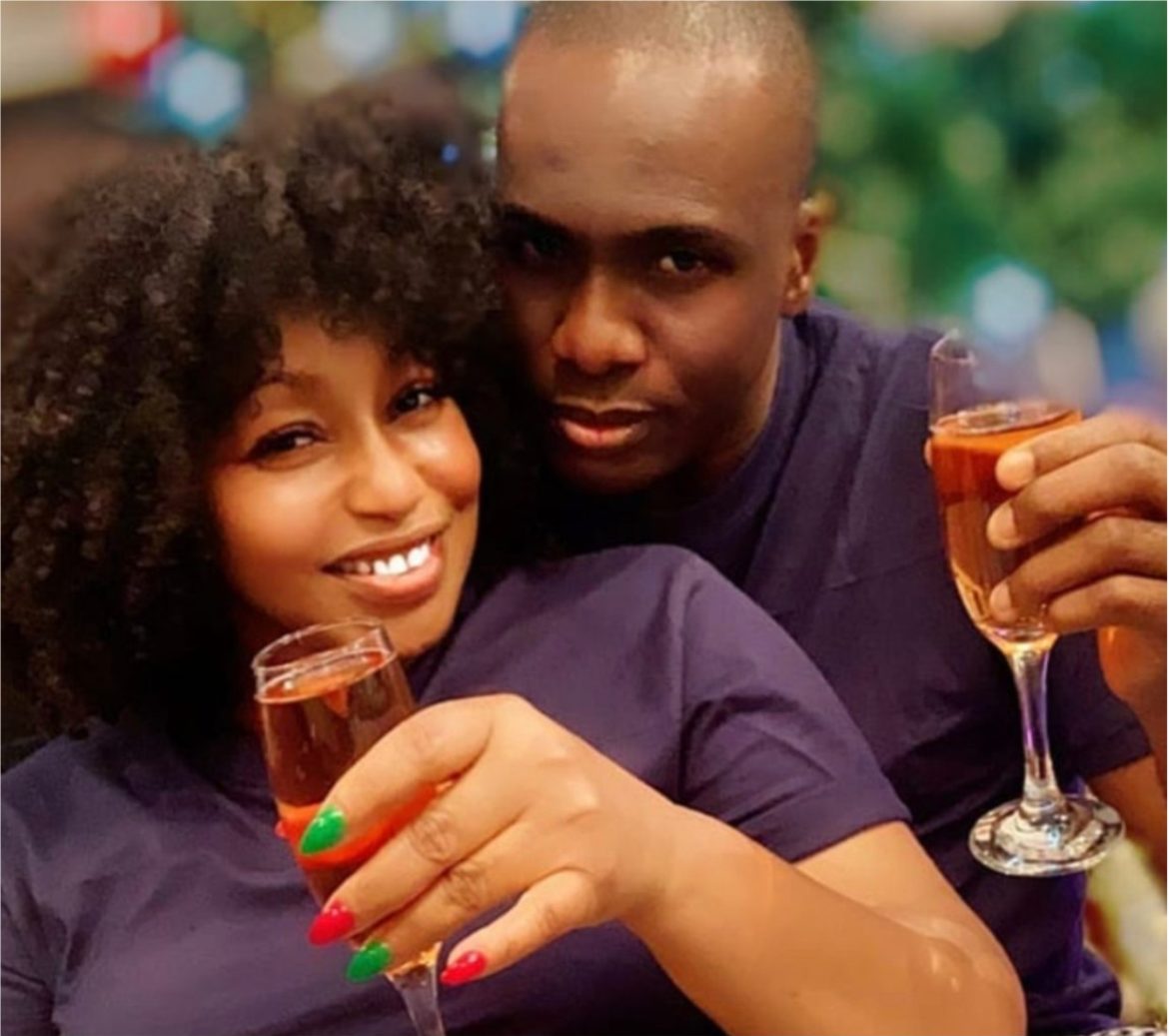 Congratulatory messages were in order for the award-winning and most stylish Nollywood actress Rita Dominic as she revealed her sweetheart on her Instagram page to wish her fans Merry Christmas, many were surprised and knew definitely this is not one of those normal casual relationships because Rita Dominic is one actress that keeps her private life very private and wouldn’t just flaunt any random man on her Instagram page, knowing fully well, the media will definitely feed on the story.

It was revealed that the couple has been seeing each other for some time now and planning to tie the knot in the first quarter of 2021, and all fingers are crossed to see the turnout of things.

Though many are indeed happy for Rita Dominic because she is one movie actress many are patiently waiting for to say “I Do”, considering her very calm, cool and elegant nature and news about her is rarely on the media except it has to do with her dress sense and fashion statements.

For many who are not familiar with Rita Dominic’s heartthrob, Fidelis Anosike is a Nigerian born media entrepreneur. A graduate of Bachelor of Arts in Creative and Applied Fine Arts from the University of Benin and the OPM Program at Harvard Business School, Mr. Fidelis is the founder of the folio media group, the parent company of Daily Times Nigeria. He founded the Folio Communication Limited when he was just 24 years old, just after graduating from the University. And other companies under the Folio Communications Conglomerate are Folio Nigeria powered by CNN, the Daily Times Nigeria, Miss Nigeria, 1st October, Times Multimedia & Creative Africa Xchange.

The couple tends to have a lot in common when it comes to career and looks. Fidelis Anosike also can be described as a gentleman who gives attention to details he always looks good both on casual and corporate attire, and for many who don’t really know much about Rita Dominic, we have you covered.

She is the complete definition of a sexy African woman and has been in the industry for over a decades and there is something really striking about her looks, she is blessed with sparkling eyes, flawless skin and a figure to die for. She interpreter her roles in movies perfectly and this has made her one of the most sought-after actresses in the industry and outside movies. She is highly respected and has a charming personality. Many often describe her as a mature, eloquent and fearless as she knows how to handle allegations thrown at her calmly, and she is one actress who many describe as ageless and she keeps inspiring her fans always.

She is also considered a fashion icon, she grace events always looking gorgeous in every attire that one can’t help but admire her. She has been awarded the best-dressed female actress in Nollywood in and outside the country.

She is always stylish, elegant and very classy and above all, she is always comfortable in whatever she wears and she once said her fashion mentor is her own late mother.

She was born into the Royal Waturuocha family of Abo Mbaise Local Government area in Imo State on July 12th, 1975 her parents were practitioners in the medical field, her father was a Doctor while her mother was a Nurse. She is the youngest of 4 siblings, she attended Federal Government College, Ikot Ekpene before she proceeded to the University of Port Harcourt, where she graduated with a degree in Theatre Arts in 1999 and her acting prowess has won her several awards and endorsement deals with different reputable companies and brands.

Aside from being a successful actress, she has also produced blockbuster movies such as the “The Meeting” amongst others.

It was also alledged that she was a one time Lesbian partner of veteran actress, Genevieve Nnaji. Her relationship with co-actor Jim Iyke also made headlines, but the beautiful actress denied all the allegation and she is an advocate of women shouldn’t be forced into marriage just because they are ageing or men are seriously after her for a relationship.

Take it or leave it, Rita Dominic is one of the best actresses Nollywood is blessed with and ranked top in the list of top richest Nigerian actresses and she has starred in over 200 movies and still counting and many who have had close contact with her often describe her as a very humble, caring down to earth and classy superstars who many can’t help but just love her simple nature and personality.

READ ALSO: WHY NIGERIANS ARE STILL CRAZY ABOUT OWAMBE PARTIES

Why Nigerians Are Still Crazy About Owambe Parties