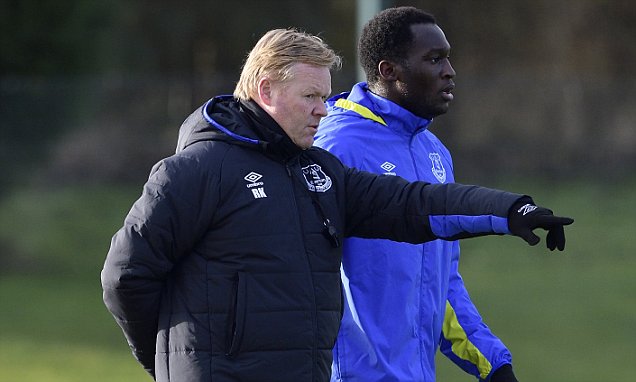 Rather predictably, Everton boss Ronald Koeman has been asked about Romelu Lukaku after the Belgian striker said he had no intention of signing a new contract with Everton.

“I am not happy about that interview. If Everton was not a club with ambition I wouldn’t be manager,” Koeman said.

“I spoke with Rom this morning. I will speak with the board and then see what happens. We have time to do what we need to do.

“I think every player has ambition to play for titles. What we like to do is show if maybe one club outside the big six makes the next step it is Everton.”

“You need to respect your contract. His behaviour- except for this interview – is excellent and there is no need to put him out the team.”

“His contract is still two more years. It is up to the board to have the deal done.”

On Barkley, he said: “Every situation is different. Ross is a boy from Everton and we need to show him reasons to stay.”

Ronald Koeman Not Happy With His Highest Goal Scorer Lukaku, See Why was last modified: March 16th, 2017 by Damilare Salami