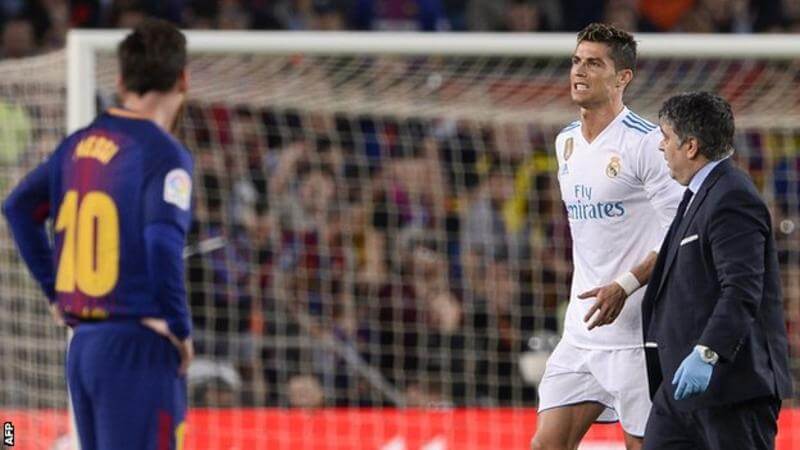 Cristiano Ronaldo is to have a scan on an ankle injury but is likely to be fit for Real Madrid’s Champions League final with Liverpool, says boss Zinedine Zidane.

The Portugal forward, 33, was injured while scoring his side’s first goal in Sunday’s 2-2 draw at Barcelona.

Ronaldo carried on playing until half-time before being replaced at the start of the second half at the Nou Camp.

“We’re not worried about the final,” said Zidane after Sunday’s match.
Real are trying to win the Champions League for a third successive season. They meet Liverpool in the final in Kiev, Ukraine on 26 May.

“He’s not great right now but I think it’s going to be a small thing – it was only a bad movement,” added Zidane.

“I can’t say how long he’ll be out for. Tomorrow he’ll have a scan.”

Ronaldo scored his 25th league goal of the season in the game against Barcelona.

Real are third in La Liga, 15 points behind champions Barcelona. Zidane’s side have three more league games before they meet Liverpool in a repeat of the 1981 European Cup final.

Ronaldo Set For Scan After Classico Injury was last modified: May 7th, 2018 by Damilare Salami