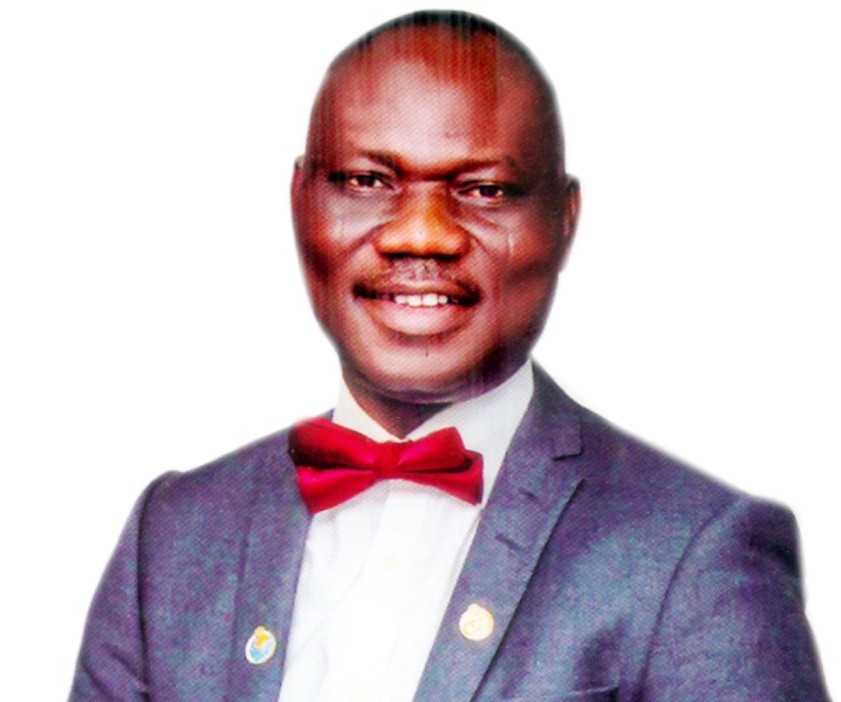 Dr. Adewale Sanni, is now the 18th President of Rotary Club of Maryland. He is an accomplished professional with almost twenty years of practical experience. He is the 2016 Economists Achiever award recipient. He holds a Diploma in Computer Science in 1994 and a Bachelor of Science degree in Industrial Relations. He graduated as The best student of Master of Transport and Planning Management with Distinction in 2014, all from University of Lagos, Akoka. He also holds a Masters of Business Administration from Lagos State University in 2005. He is a Kenyon Certified emergency, crisis and communication Management expert.

He started his career as Chief Ramp Coordinator and Deputy Training Manager with Nigerian Aviation Handling Company Limited from 1990 to 2002, twelve years of undisputed meritorious service and unalloyed dedication commitment and professionalism, responsible for learning and development during his time at Nahco.

Adewale joined Rotary International in 2010 and has since served in various capacities in the club and district 9110.

Adewale is married to Adetutu Sanni and their union is blessed with four lovely children.

ABOUT ROTARY CLUB OF MARYLAND

He is now to run the affairs of Rotary Club of Maryland in Lagos. Lets also tell you about the history of the club. A valuable member, Bola Oyebade in August 2002 revealed a lot about the history of Rotary Club of Maryland. He wote: Sometime in February 2001 Henry Akinyele of Rotaract Club of Ikosi and I met at Ikeja, precisely under the bridge that leads to Oba Akran road. We exchanged pleasantry and naturally discussed certain issues about our ROTARACT at the club level and district level. We lata discussed certain Rotaractors who we considered over-aged for Rotaract, then we discussed the Rotataract Alumni Club which many past District Representatives have tried in vain to establish. Also, we discussed what future lies ahead of us since it was apparent that many of us will quit Rotaract that same year. We were blank as to what we should do after our service years as district officers and also almost importantly as we were getting over- aged. Finally, we were to joke about calling many past Rotaractors together and forming a new generation Rotary Club. Little did we know that a Rotary club would really be formed. We discussed many other Rotaract issues and Rotary District 9110 Nigeria and the need to continue our Rotary pursuit with a Rotary Club with first preference to our individual sponsor Rotary Clubs. But before we left under the bridge for our various destinations (after about 2 hours) we agreed to speak to some Rotaractors and sound them out on the idea of a new Rotary Club formed by past Rotaractors. Our first candidate we both agreed should be Kayode Jamgbadi, the then immediate past District Rotaract Representative, when I was a District Secretary.

Henry and I spoke with Kay jams at different occasions and predictably with passion he was convinced that we really could give it a shot! We were later in March 2001 to discuss via internet, ideas, fears of acceptance as past Rotaractors forming a Rotary Club, hopes, and doubts of our action and or in action because it was entirely a new concept-Never in the history of District 9110 Nigeria has past Rotaractors constituted themselves to form a Rotary Club. Then came letters jointly signed by Kay jams and I to certain Rotaractors informing them of our intention; and asking them if they would like to be on board, to be Rotarians. We spoke with some others about our new generation Rotary Club but responses were very low for the simple reason that we were very selective and had specific people in mind to invite and not to invite-Yes we decided to be choosy. Henry, Kay jams and I would spend time on internet discussing certain past and over aged Rotaractors before inviting and enlisting them; we were bent on poaching on the best of the best of Rotaractors willing to be a part of a future success. We agreed not to be sentimental, prejudiced nor biased, we did not want a club for all comers.

While all these were going on I suggested and we decided that our Rotary Club’s name should be Rotary Club of Allen and we had started looking for a meeting venue within Allen Avenue and Opebi Street, Ikeja, Lagos. We had gone on the website of rotary, www.rotary.org and confirmed that such name does not exist.

Then in May 2001, I was at the Rotary District office and somewhere I saw a letter addressed to Rotary Club of Allen (provisional). I was surprised because as at then we had not announced the name of the club, we still had it culled up in our chests and there a letter addressed to the Club! I was to find out later that not only was the letter not for us but also that our proposed name already exists! We were back to zero level on name issue and we had series of meetings, phone and e-mail communications. Then names proposals started all over again and it was my duty to get us another name- what a TASK. After scooping round Ikeja where we believe we could call ours and days of browsing and interacting with www.rotary.org the name MARYLAND came after much anticipation. Then came June 22, 2001 at one of the short but progressive meetings held at the then Kay jams Office (EIB Ikeja) the name Rotary Club of Maryland was adopted.

There we also decided on where we should be meeting, time, days and membership recruitment. Our work was just beginning and we were enjoying it. We guided the name so passionately and with extreme care yet waited for almost three weeks before informing in our first letter to DG Charles Adebiyi dated 11th July, 2001 and titled Notification Of A New Rotary Club. We informed the District Governor of our Rotary Club and District Governor in his swift way to our surprise responded 13 days later, he in fact started the letter thus: “I am very pleased and gratified to learn of your plans to form a new Rotary Club at Maryland, Ikeja Lagos State and I would like to encourage and support you in this endeavor”. He went on with other issues and informed us that he is informing Rotary International in Zurich of our intention and promised to appoint District Governor Special Representative for the club.

In September, we were invited for a meeting with some Maryland and Anthony Community members and some Rotary District Officers with a view to joining force with us to form our Rotary Club. The meeting was rescheduled to 1st October 2001. By this time we have started meeting at Le Rendezvous Restaurant, Idi-Iroko, Ikorodu Road, Lagos but many people felt we were just proposing the club by mouth only but we knew we were bent on giving it a trial. At that October meeting the DG announced Rotarian Mark Anthony of Rotary Club of Agege as our DGSR. Mark Anthony is such an amiable young hearted Rotarian who encouraged all steps we took with guided attention, his path towards making us Charter was target date February 2002, but we missed that out.

Our meetings continued, our membership strength increased, our fame grew both at the Rotary and Rotaract level (our old constituency). Year 2002 came and like a child in his first day at school we were left on our own. We have no Rotary sponsor, we had no DGSR but the Eagle DG was to swing in again after informing him about our setbacks. This time around he appointed Rotary Club of Gbagada as our sponsor Rotary Club, the club in turn appointed past President Akin Olusoga as our DGSR. Akin Olusoga behaved more like pals to all of us that one would hardly know that the age gap between us could be average at two decades. His guidance has no equal as he encourages, challenges and tasks us beyond our expectation. We however were all equal to the tasks and we kept on doggedly because ahead of us, not too far away lies our CHARTER.

Today it’s all stories and a sweet and very enjoyable one. We have 22 Charter members of which more than half are past Rotaract Presidents and past District Officers. Only one lady and two others, who were never in Rotaract. We have more than six more members waiting to join the club; it is our plan to double our membership by June 2003. We feel we are the much awaited Hope of Rotary and we believe that over the years we shall indeed be seen as such. Our admission into Rotary finally came on 11th June, 2002 .

READ ALSO: WHY I LEFT MY BUSINESS TO GO INTO POLITICS – NAIRABET BOSS, HON AKIN ALABI OPENS UP

Why I Left My Business To Go Into Politics – Nairabet Boss, Hon AKIN ALABI Opens Up

How I Was Able To Emerge A Senator 3 Times – Deputy Senate Majority Leader, Sen. AJAYI BOROFFICE