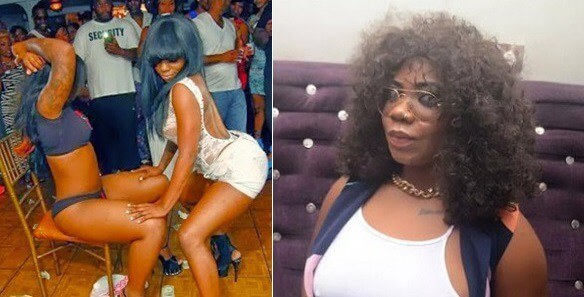 Popular Nigerian twitter user @Oyemykkee, took to the platform to share a video on his timeline where he condemned in totality the ideology that runs girls (S3x workers) end up with the good guys while the well-behaved women have none for themselves.

Oyemykkee says people should stop this kind of thinking, cause in actual fact, according to him, 90% of runs girls end up being used as rituals and also get infected with all kinds of ailment.

He said 80% of good girls end up with good guys but no one is talking about that.

Watch his speak below:

“Runs Girls Don’t End Up With Good Or Rich Guys, 90% Of Them Are Used For Rituals” – Popular Twitter User Rants. (VIDEO) was last modified: November 3rd, 2017 by Arinze Ago

‘I wish I could bring back my son’ – Tinubu Opens Up

Man Who Conducted a Funeral Service For...