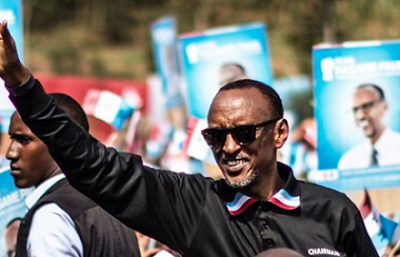 Rwandans are going to the polls in presidential elections, with incumbent Paul Kagame widely expected to win his third term in office.

The 59-year-old is being challenged by Frank Habineza of the Democratic Green Party of Rwanda, and independent candidate Philippe Mpayimana.

Mr Kagame is credited with the country’s rapid economic development since taking office in 2000. But critics accuse him of suppressing dissent and political freedoms.

Polls across the country opened at 07:00 (05:00 GMT) and will close at 16:00. Mr Kagame, who represents the ruling RPF party, has widespread vocal support

Rwandan President Might Secure A 3rd Term In Office was last modified: August 4th, 2017 by Reporter