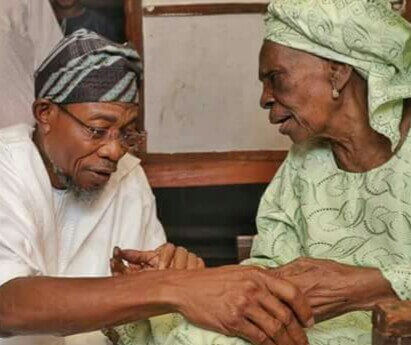 The mother of Osun State Governor, Ogbeni Rauf Aregbesola is dead.Mama Olobi as she is fondly called passed on in the early hours of today, after a protracted battle with geriatric ailments. It was gathered that she will be buried in Ilesha this afternoon according to Islamic injunction.