THE SARAKI LED SENATE: A MIDTERM ASSESSMENT By Omoshola Deji 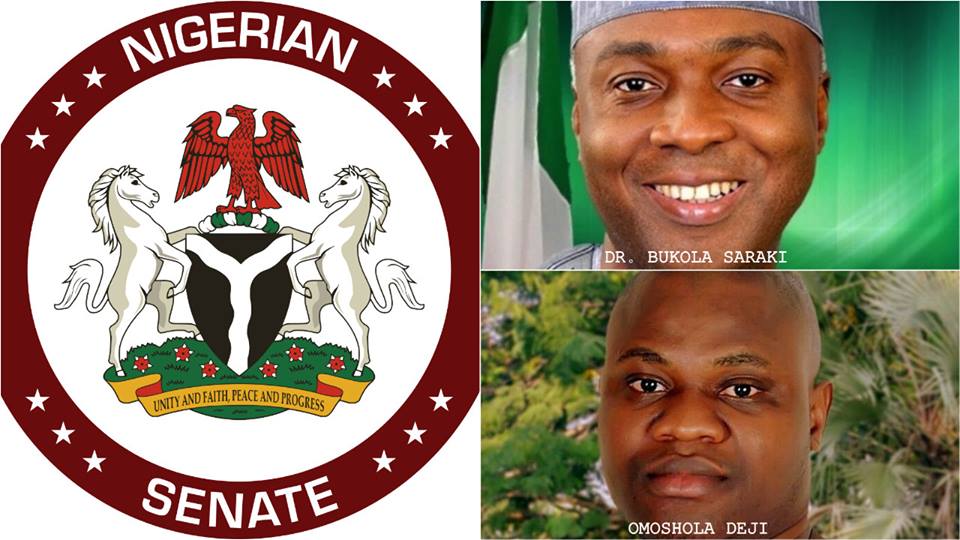 Financial Crimes Commission (EFCC). Magu’s rejection is a tale of many tails. President Muhammadu Buhari (PMB) crushed Magu by allowing him act for too long. Unfortunately, the DSS – an agency under PMB – helped the Senate nail Magu by submitting and resubmitting damning reports against him. To be candid, the Senate would have ridiculed itself if Magu was confirmed the EFCC chairman with such an indicting report.
Even if the DSS had cleared Magu, the rejection or confirmation of nominations is absolutely the discretion of the Senate. No law says anyone presented to the Senate must be confirmed. Nevertheless, it was quite obvious that the senators used their constitutional power to avert the imminent imprisonment of their corrupt colleagues. In truth, most individuals castigating the senators wouldn’t have scored a ruinous own-goal in such circumstance.
Nigerians insistence on Magu shows our level of retrograde. In a nation of over 150million population, it is depressing to see people fuming as if all that is needed to end corruption is Magu. In an ideal world, a hundred of better Magu should be readily available to replace a rejected Magu. Sadly, Nigeria has been – and still prefers to be – building strong individuals rather than building strong institutions.
The Senate is as guilty as the Presidency. Deliberations on the passage of the 2017 budget ceased upon Senator Dajuma Goje’s outburst that police raid his home and confiscated budget documents. In a show of legislative infamy, the Senate backed Goje by insisting that budget scrutiny can’t proceed until the police release his belongings. What a strategic way of blackmailing the police! Are other members of the Appropriation Committee not having copies of the documents in Goje’s possession? Could the institutional arrangements in the Senate be so weak that Goje-is-budget and budget-is-Goje? Apparently, shielding Goje from criminal investigation appears more important to Saraki than national welfare.

Apparently, shielding Goje from criminal investigation appears more important to Saraki than national welfare.
Dilemma is when the undesirable becomes the unavoidable. The executive and the ruling party are ostensibly not comfortable with Saraki, but the Senate he leads is pivotal to the success of this administration. The presidency and the legislature must work together on policies that can move Nigeria forward. Any am-not-wanted feeling will further make Saraki a friendly serpent. In plain sight, the commendable efforts of the Senate has been largely misinterpreted or unappreciated due to a public perception that the legislators are not progressives.
Nevertheless, the senators are always anti-people whenever their interest collides with public interest. Saraki is helpless in this regard. He must align with the majority, else he would be uprooted. It is obvious Saraki cannot afford to lose. He would rather associate with any available protective force than face mutiny or conviction at the Code of Conduct Tribunal. If he loses in court, unlike Obasanjo, his own episode would be from power to prison.
*Omoshola Deji is a political and public affairs analyst.

THE SARAKI LED SENATE: A MIDTERM ASSESSMENT By Omoshola Deji was last modified: May 29th, 2017 by Reporter