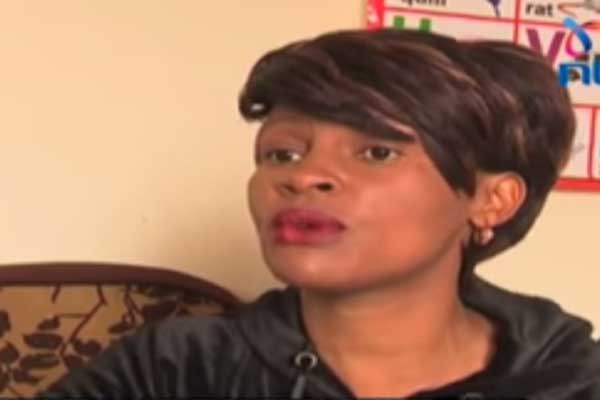 A female security officer at the Jomo Kenyatta International Airport who was sacked for being ‘disrespectful’ to Interior Cabinet Secretary Fred Matiang’ , suffered a blow after her case was dismissed by the court on Tuesday, February 18.

Daizy Cherogony, 38, sued the authority for firing her on grounds of misconduct, for having the CS queue for a security check like other passengers at the international entry point.

On Tuesday, Justice Nzioki wa Makau dismissed Ms Daizy Cherogony’s case, saying the improper handling of Dr Matiang’i, then Education CS, was a sufficient reason for the Kenya Airports Authority to initiate disciplinary action against her.

“She was heard in terms of Section 41 and her rights under Article 41(1) safeguarded. Since there was cause for the dismissal and basis for a summary dismissal on account of gross misconduct, the suit is only fit for dismissal,” the Judge said.

Cherogony’s employment was terminated on May 11, 2017, for ”mistreating and humiliating” the Education CS by requiring him to queue for a security check like other passengers, which almost led him to miss his flight. She was issued with a dismissal letter signed by Managing Director Jonny Andersen on the grounds of misconduct. The CS was flying to Kisumu on the evening of April 5, 2017 and was accompanied by his security guards.

Ms Cherogony had sued KAA, arguing that her sacking was unlawful. She said she was victimised by her former employer and wanted to be paid Sh2.4 million for the sack.

In her memorandum of claim filed at the Nyeri Employment and Labour Relations Court, Cherogony indicates that her dismissal was wrongful, illegal and an act that undermines the security of the Kenyan aviation industry.

She said that on the fateful day, April 5, 2017, passengers were shouting when she noticed Dr Matiang’i whom she asked to queue for a security check. She argued that she did not violate any of the KAA’s regulations and procedures.

Through Matundura Advocates, Ms Cherogony wanted the court to compel Kenya Airports Authority (KAA) to compensate her, explaining that she is entitled to damages for wrongful dismissal and unfair termination of employment.

Mr Matiang’i, Ms Cherogony claimed, did not want to follow the queues and wanted special treatment despite the fact that it was raining and other passengers were complaining as the lines were increasing.

She indicated that according to the security manual Cabinet secretaries usually queue like normal passengers unless they have special passes that need them to have special arrangements before they arrive at the airport to board flights. She faulted the KAA, saying her sacking was an act of undermining the aviation regulatory framework and Kenyan and international law under which the authority operates.

Ms Cherogony said the KAA has refused to compensate her though several demands and notices to sue had been issued. She wants the court to declare that her right to fair labour practices under Article 41 (1) of the Constitution were violated by the employer. She also wants the court to rule that subjecting Mr Matiang’i to security screening did not amount to gross misconduct since it was the normal procedures.

“The dismissal does not only affect her but also all security personnel at the airports in Kenya who may be reluctant to follow the law and security procedures when dealing with VIP travelers and their escorts for fear of losing their jobs,” argues Ms Cherogony.

She further contends that the KAA’s move may expose the country’s security and the entire world to risks of attacks from terrorists and other extremist groups from within and outside the country. She added that for the 11 years she had worked at JKIA, she had never been subjected to any disciplinary proceedings, given any warning letters or committed any act of misconduct.

She said the airport management accused her of a wrongdoing that never existed since she was doing her job as a security supervisor,  adding that she was never shown any complaint written by the Education CS, saying the dismissal was victimisation and discrimination by the employer.

She indicated that she has previously been assaulted and intimidated by VIPs who she said wanted to access the airport without going through security checks.

“I have always stood my ground and performed my job as per the security manuals and as required by both Kenyan and International law for the security of the travelers and the safety of all Kenyans,” she noted.

In quick rejoinder, the KAA, through lawyer Lorraine Oyombe, said the sacking was justified since, as an employee, she was required to be disciplined, respectful and courteous to clients. But her actions caused a delay in departure of the flight by 32 minutes. She did not have any plausible explanation, the KAA said.

Ms Oyombe, said the complainant ignored the CS when he arrived that evening and presented himself at the glass door. She said that the CS was delayed for 24 minutes outside the terminal and that he almost missed his flight to Kisumu.

The lawyer said that upon investigation, Ms Cherogony’s was found in breach of the corporation’s Human Resources Manual so disciplinary action was recommended as she handled Mr Matiang’i negligently and recklessly.

“The claimant was issued with a show cause letter. She was informed that it had been reported that she had uttered the words ‘I do not care who you are and you have to queue like all other passengers’, even after the cabinet secretary introduced himself,” Ms Oyombe said in the memorandum of defence.

She further said the guard was taken through the disciplinary process, during with the CCTV footage for the material date was produced.

“The footage showed the claimant ignored the CS, who was right in front of her, and instead beckoned to passengers who were behind him. She said she was concentrating on other passengers thus she did not look up,” added the lawyer.

See Why Kenyan Woman Was Fired For Doing Her Job was last modified: February 19th, 2020 by Reporter