SEGUN NABI Reveals How He Got His Stage Name 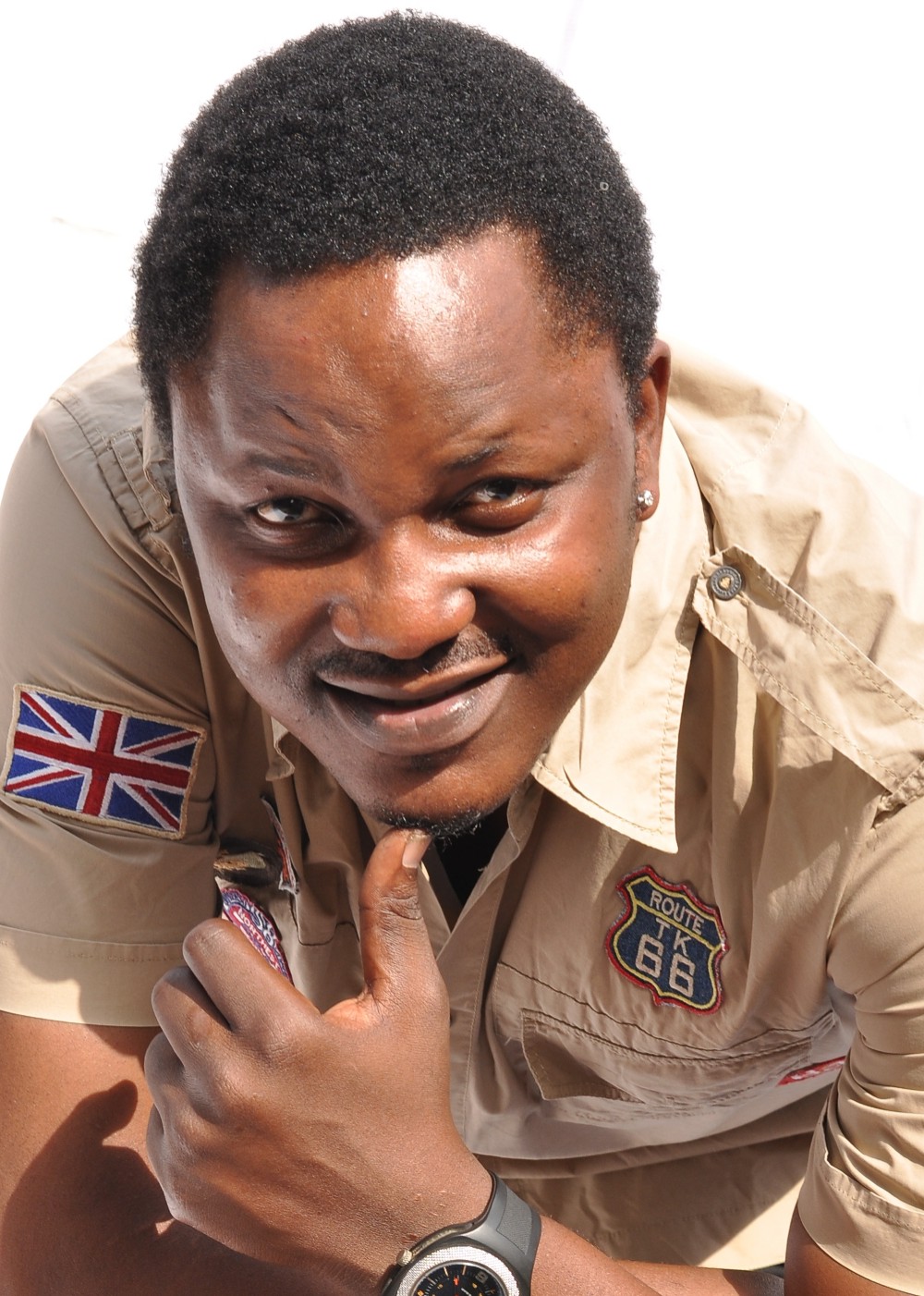 Ambassador Olusegun Akanbi Idowu, popularly known as Segun Nabi is a talented entertainer. He is, no doubt. a leader of the new generation of juju artistes today. What stands him out is that, unlike other performing artistes, he is a juju artiste who is known not to copy other artistes’ works or deviate to other genres of music while performing. This has made him a force to reckon with, making many music lovers not to only see him as a man who has originality, they also regard him as a unique performer.‘And what about his charisma on stage, you will surely fall in love with him. he dresses well also.

Segun NABI was at City People Headquarters when we celebrated King Rokan and he was engaged in a conversation with City People Head of TV, SUNDAY ADIGUN, where he revealed how he got the name NABI. Enjoy it.

Let’s start with the name NABI, how did you come about the name?

NABI is just an abbreviation of the name of the brand. N stands for New, A stands for Ages, B stands for Bands and I stands for International i.e New Ages Band International. And at the same time, NABI happens to be my family name “Nabisatu”.

According to my mum, music started for me at age 3. Anytime she carried me, I would be mimicking and sing to beats. My mum sang and my dad was a drummer. that is why I always claim that I started singing from age 3. but officially when I started I was in JSS 3 at Bolade Grammar School in Oshodi, I was in school choir then and my principal, she’s late now noticed how I used to sing and she always encouraged me. She said education is good but she saw another thing, that if I should keep at it, I would be a great musician. Even she invited my mum on what they could do to help me. that was how the whole thing started

Out of all the Juju musicians, why did you choose Sir Shina Peter’s fast-tempo style known as Afro juju?

Because I personally like the style, the vocal dynamics and the instrumentation. All being played on a fast tempo.

Who is your role model in the music industry?

I have Oliver De Coque. Bright Chimezie and of course, Sir Shina Peters.

Can you describe your style of Juju music?

My music is unique and people still don’t get the destination. The vocal timing and movement, my chords and percussion applications, intro, extro and lyrics are fantastic. As people would say, when you listen to it you sure know this is NABI’S music.

Let’s talk about AJUMN, many of your fans and followers were shocked when you resigned as the chairman of the Lagos state chapter of AJUMN, why did you take that decision?

I resigned because the office of the National Secretary was giving me serious problems. I promised my loving juju musicians in Lagos State to be faithful, loyal, honest and to move the association forward. But I was not given any support from the office of the National Secretary. I did not want to be rude and at the same time fail or to be stagnant. So I had to resign and face my career for good.

Some people say you are fighting some top and elderly members of the association, how true is that?

Supremacy is the major problem I am seeing here. We are in the computer age now. We need continuity. The elders remain elders. The young ones should respect and take good care of them. The Yoruba adage says: igba nyilo a nto. And the Holy Bible says: Old things have passed away. Let the elders encourage new ideas because it’s going to help the association.

Where do you see AJUMN in the next ten years?

Better place and it will be the best association, so far if only the young ones are given the chance to operate.

You are one of the most popular new generation juju artistes in Nigeria today, how have you been able to sustain your popularity?

My God never fails. He has been there for me. To maintain and sustain stardom is not easy at all but I give God the glory. The wisdom, knowledge and understanding given to me are making it work. And the help of my image and media international manager (Dotun Olanibi).

You refer to yourself as Oluko {teacher}when you sing, do you intend to become a teacher of music or establish a music school one day?

Apart from singing on stage, I am a musicologist, I teach music, mostly, church choristers. I also want to furthermore in studying music because I want to have my own music school by God’s grace.

What kind of person is Segun Nabi?

A simple and easy-going person. Though I am under a promoter, I still love to promote and support up-and-coming artistes because I know the future is brighter.

Tell us one thing you always thank God for?

I always thank Almighty God for making me a point of view that attracts millions of people. Also for the uniqueness, guidance, the talent from heaven and for making me what I am today.

SEGUN NABI Reveals How He Got His Stage Name was last modified: May 10th, 2022 by Sunday Adigun

How I Juggle My Very Many Roles @ 69 – LAILA St. MATTHEW-DANIEL