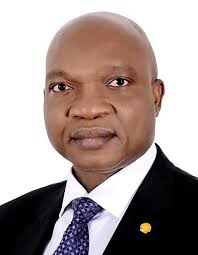 Delivering judgment in suit No: PHC/1929/218, the presiding judge, Justice George Omereji, convicted the Shell officials for disobeying an order of court made by Justice Margaret Opara of the Rivers State High Court, in 2008.

Opara had asked Shell to forfeit the land where the Bonny crude oil terminal is located.

The land belongs to the Jumbo Major House of Bonny and the Brown House of Finima, both in Bonny, Rivers State.

The families had gone to court in suit no: PHC/1956/2007, over the tenancy and compensation for the land in which the then military Government of Rivers State had spuriously issued a certificate of occupancy to Shell.

Opara ordered that Shell should forfeit the Bonny terminal for breach of terms of its tenancy by going behind the landlords to obtain a certificate of occupancy from the Government of Rivers State for the land.

Dissatisfied by the lower court’s order to forfeit the Bonny terminal land, Shell proceeded to the Court of Appeal, but lost the case for lack of merit. Shell later appealed to the Supreme Court and lost the case also.

In his judgment yesterday, Omereji first dismissed a motion of notice by counsel to Shell and its three officials seeking to set aside the order of the court made on July 25, 2018 that granted leave to the landlords to serve substituted means of notice of consequence of disobedience of court order in the suit upon the contemnor.

He declared, after hearing the submissions of counsel to the Bonny landlords: Lucius Nwosu (SAN) and Emmanuel Asido, and counsel to the Shell, Thompson J Okpoko (SAN), that the committal of Okunbor, Olafimihan and Atemie was for refusal to obey the order of Justice Opara to forfeit the Bonny terminal to the landlords.

The judge directed the Nigeria Police Force and other law enforcement to effect immediate arrest of the aforementioned Shell officials who were absent in court and send them to prison. He declared that the sentence was necessitated by the need to ensure that the rule of law is maintained in the country.

Reacting, SPDC spokesman, Bamidele Odugbesan, said the oil giant did not accept the judgment and had appealed it.

“We do not accept that SPDC has disobeyed any lawful order of court and have accordingly appealed this judgement.

“SPDC has utmost respect for the courts and the laws of Nigeria. As stated above, the landlord families settled with SPDC in 2014 and collected all rents due on the land up to 2019 as publicly declared by the landlord families in the Guardian edition of Sunday, August 24, 2014 on page 14.

“SPDC takes seriously the personal liberty of its officers and also the threat to continuing operations at the Bonny Oil Terminal, a critical national asset in which the Federal Government holds 55 per cent interest.

“For this reason, SPDC has taken all lawful steps to protect its officials and ensure uninterrupted operations at the terminal in the interest of the nation,” Odugbesan added.

Okunbor has been the Company’s Managing Director since January 12, 2015.

He also serves as Senior Advisor in Shell’s Upstream International operated business, based in The Hague, The Netherlands