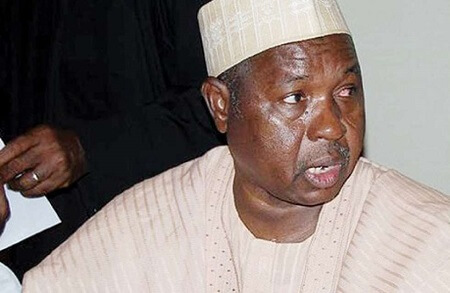 A new revelation has emerged about the really large number of bank accounts being operated by Katsina State under Shema.

The Katsina State Governor, Aminu Masari, has disclosed that the administration of his predecessor, Ibrahim Shema, operated over 100 savings accounts in various banks, Premium Times reports.

Mr. Masari made this known on Sunday at an interactive session with the state’s indigenes living in Abuja at Shehu Yar’Adua Conference Centre, Abuja.

The governor also disclosed that he met only N7.9 million in the government’s salary account, as he gave a vivid picture of the financial situation of the state as at the time when he took office from Mr Shema at the end of May 2015.

“We inherited N7.9 million only in the salary account in May 2015, the previous administration operated more than 100 savings accounts in various banks.

“Now we have a serious problem in Katsina State. Federal allocations of most of our local government areas are not sufficient for them to even pay salaries. Even the state government in many cases has to wait for interventions like the bailout and budgetary support from the federal government to execute some projects,” Mr Masari said.

He also said his government met most schools, hospitals and many public structures in a dilapidated condition, lamenting that the situation was “deplorable beyond our expectation’’.

Mr Masari said his administration is still battling with over-staffing and overpayment of salaries, pension and gratuities.

He called on stakeholders to invest in the state to provide job opportunity to the teeming youth of the state.

Seven commissioners and two heads of parastatals presented records of their achievements to the gathering that attracted many prominent indigenes of Katsina state.

During his presentation, Secretary to the State Government, Mustapha Inuwa, who is also the head of task force on security, narrated how some traditional rulers, politicians and businessmen connived with cattle rustlers.

Shocker: Katsina Government Under Shema Had Over 100 Bank Accounts – New Revelation Emerges was last modified: May 2nd, 2017 by Arinze Ago