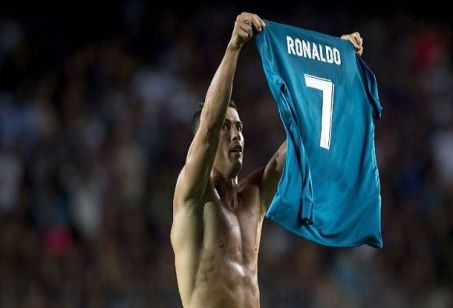 Juventus are increasingly confident of pulling off a stunning swoop for Cristiano Ronaldo.

Ronaldo is ready to accept the Italian champions’ eye-watering £26.5million-a-year contract, taking him up to the age of 37.

Juve are now working on a transfer-fee package to tempt Real Madrid. He has a €1bn buyout clause but also a separate agreement in his deal allowing him to leave if a suitable offer is made.

With Ronaldo’s age, Juventus believe a figure of around €100m (£88m) could be enough.

The Portuguese superstar’s unrest at the Bernabeu and the fact they have agreed terms with him have left Juventus almost certain Ronaldo will be playing in Turin next season.

Some sources close to the Turin club rate the chances as high as 95 per cent.

But they are wary that Ronaldo’s super-agent Jorge Mendes is hoping an auction kicks off for his biggest client and waiting to see if forner club Manchester United or long-time admirers Paris Saint-Germain firm up their interest.

They will also know that this is not the first time Ronaldo has threatened to leave Madrid, who he joined in 2003 for a then world record £80m from Man United, only to change his mind and stay.

Ronaldo cast doubt over his Bernabeu future in the wake of their 3-1 Champions League final win over Liverpool in May.

He hinted he would be leaving this summer when he said: “It was very nice to be at Real Madrid. In the coming days I will give a response to the fans, who have always been at my side.”

He later tried to backtrack, but Juve have received enough encouragement to work on what would be a stunning transfer.

The fact Barcelona’s Lionel Messi and Neymar of PSG are paid more than Ronaldo is at the heart of his unhappiness.

His last contract, signed in 2016, made him the best paid player in the world but he has since been overtaken by Messi and Neymar following his world record £200m move from Barca to the French giants last summer.

Ministers, APC governors behind protest against me – Saraki