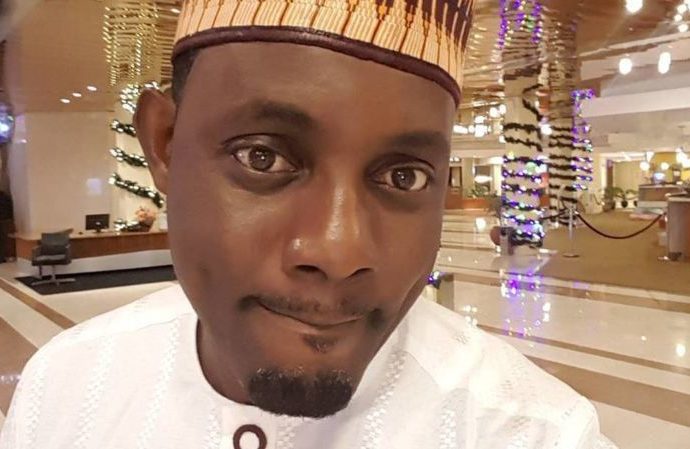 His real name is Ayo Makun. But many simply call him A.Y. Though he was born, bred and buttered in Warri, he is from Ifon in Ose LG of Ondo State. Over the last few years, A.Y. has dominated the Entertainment Industry and he has become like a Don. Whilst many showbiz people get carried away by the glitz and glamour, AY has paid great attention to the business side of showbiz and he has created so many quality showbiz events.

Lately, he has been involved in movie producing for cinemas. So far he has done three. The latest is Merry Men: The Real Yoruba Demos. It is set for premiere on the 23rd of September but it will be in the cinema as from the 28th of September.

Many don’t know A.Y. started his career as an actor. He studied Theatre Arts at UNIPORT and he then went into comedy business. He was honoured last week at the City People Music Award in Lagos. He told City People Publisher SEYE KEHINDE the story of his life and career.

Congratulations on all the various feats you have been able to achieve in the comedy industry. Why did you veer into movie industry a few years ago to start doing movies?

As for me, it was also as a result of confirming to the world my background. Many people do not know that I trained as a Theatre Artist. I graduated as a Theatre artist. I majored in majored in directing. A lot of people do not know that part of me. I thought that the best way to give a proper reflection of my brand is to let them have an idea as to what I can do in the area of acting and film production.

To cap it all, my wife was rightly on hand to just remind me one day that okay, AY, this one that you studied Theatre Arts, and all these your beautiful skits that you do that gets massive following and all the viral spinnings that come with it, it will be nice to do a full fledge movie.

That was it. Then we did 30 days in Atlanta, which ended up entering the Guinness Book of World Record.

After 30 Days In Atlanta, we did a Trip To Jamaica and I then did 10 Days In Suncity and right now we have a new one coming up called Merry Men, Yoruba Demons. That is going to be at the cinemas from the 28th of September.

From the minute we did 30 Days In Atlanta, I had also realised that we have a market in that direction, we realised also, that Nigerians love to laugh, not just stand up comedy alone, in the best relaxation forms possible, in terms of maybe seeing it on DVD or going to the cinemas. And the minute that we noticed they loved it, we didn’t look back. I always tell people when music sounds good, you play it twice. So that gave birth to A Trip To Jamaica, 10 Days In Suncity and right now we are doing Merry Men, Yoruba Demons. That is not going to be the end of A.Y. in movie production. We have much more to do as well.

What runs through all your movies? What is the general theme that you try to portray?

Yes, laughter for me is the best medicine. So, we want to make people laugh. We have tried to drag that into some form of theme and it usually revolves round the circle of love, circle of romance, laced with action. The idea generally is to preach unity, love. The kind of film I do actually cuts across, borders. A lot of Nigerians will want to see how an Akpos will fare in America, which is the typical story of the average Nigerian put together. So, it is like if I go to this land how am I going to be accepted.

So, it is the theme of Unity, Love Lace with enough comedy to make you laugh.

Everyone rates A.Y. as a comedian who understands the business side of comedy. And you led the way in that direction. Not all comedians have that gift. How did you develop that side of you?

I hear that too. I get to hear that all the time when it comes to stand up comedy. Even when we do our self-ratings, we all know our strong points. I hear a lot of people say that AY’s strong point is in the direction of the business, which is not a bad thing. This is the reason we are working. I always share with anybody who cares to listen that the concept of show business must reflect the business partly because without the business part, there is no show and without the show, there is no business as well. So, the 2 concepts are interwoven and we need to keep balancing the Show part and Business part. I also use it to preach to younger ones who want to gain inroad into the business. It is not just about the comedy alone or about I just want to be like AY. Apart from the passion for comedy how will it put food on your table.

You have to look in that direction too. That is why you hear the popular saying, that talent alone is not enough. Talent is just a step. You have so many steps ahead to become a brand or a business person.

Can you explain to us how the comedy industry has evolved over the last 5 years? Now we have comedy skits. At what stage are we now?

The comedy industry is one of the fastest growing industry in this part of the world. The growth can be traced to even the month shows that you see different comedians come with because for a stand-up comedian now the only way you want to confirm yourself or push yourself to become a brand or to be generally accepted is when you do your own gig. It is an opportunity to put your creativity in place and put your ideas in place for you to be endorsed publicly or generally accepted as a brand.

That is where we are now. We are growing. More people are coming into the industry. But there is also a fear factor attached to that.

What is the fear?

If Mr. A attends a comedy show that is not well organised, he will just think all the comedy shows are the same. He won’t know that its the comedian who put the show together that did not do it right. He won’t give us the opportunity to explain to him that other shows are not like that.

He won’t even give us another opportunity of his pressure by coming out. I think that is one downside that the comedy industry is facing right now. A lot of people just want to do shows and have their names out there, which is something I know, collectively, (as comedians) we don’t have a anything against but we are saying is whenever you want to come out to register yourself as a brand or gain general acceptance, you have to do something different from what has been in existence because I think if we are not careful we are going to be losing our audience in no time, because people are just going to get tired of coming out to see the same set of people, this month, next month, you will get tired of the same set of comedians. That is one downside that we are facing, as an industry right now that I have noticed, that is likely going to affect us on the long run.

But generally speaking the comedy industry is doing well, it is the fastest growing industry. A lot of people love to laugh. The economy is bad and one of the things that keep people growing is comedy when they have an opportunity to go and relax and laugh and come to our shows.

How about the new development? I mean the comedy skits?

The new one is a big plus for the industry. This was something some of us started way back by coming up with skits adding some panache to what will give you an extra incentive or benefits when they come for our live shows.

But right now, comedy skits is very strong online. There is a crop of talented individuals who are there holding it strong and holding it firmly in a way that has added value to the industry. What it does now is that it has provided an avenue for people to promote their brands and products, to market and push their brands and the things they want to do. So, it is a plus. What I also did with my show, which I started as well as to help put a face to all these brands that you see online.

So I have done life skits with all these people and some of them from doing what they do online they now have the opportunity to also do it live, whereby welcoming them and endorsing them as stand up comedy brands in real life as well. So, it is a plus. If we look at it, critically it’s the biggest plus for the industry so far.