Your situation is not beyond God – Nollywood’s Monalisa tells fans 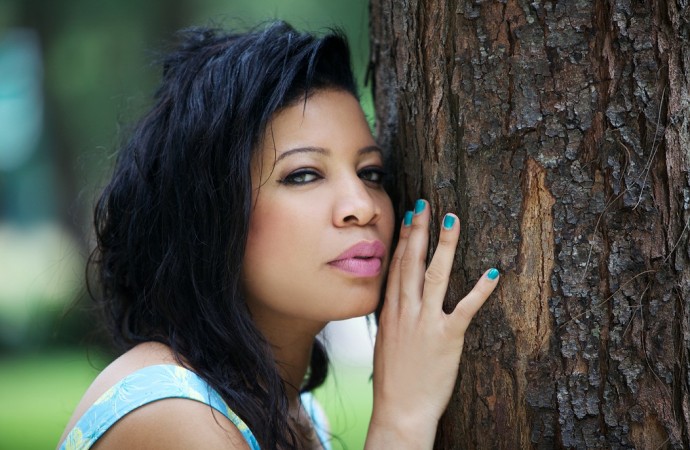 Popular Nollywood actress, film producer, and television personality Monalisa Chinda Coker on Friday told her 214,000 fans and followers on social media that their situations are not beyond God.

The beautiful actress tweeted on her handle @Monalisacode, “Your situation is not beyond God…With HIM ALL things are possible…good morning dearies…..’’

The actress did not expressly state what ‘situation’ she is referring to, whether it is the economic crisis plaguing the country or any other issue.

Monalisa Chinda was born on September 13, 1974, in Port Harcourt, River State to an Ikwere father and an Igbo mother.

She is the first born to her family of two sons and four daughters.

She attended Army Children’s School GRA for Primary and then Archdeacon Crowther Memorial Girls’ School, Elelenwo for Secondary, all in Port Harcourt.

She obtained a degree in Theatre Arts from the University of Port Harcourt.

Her first major movie was `Pregnant Virgin’, which she did in 1996.

However, after graduation from the university in 2000, she did `Above the Law’ and has done many others since then.

Coker’s road to stardom kicked off in 2007 when she started appearing in the television soap `Heaven’s Gate.’

In 2011, she debuted as Executive Producer in the Royal Arts Academy movie, `Kiss & Tell’, which Emem Isong co-produced with her, and Desmond Elliott directed.

In May 2012, she became one of the first of four Nollywood stars to be featured on the cover of Hollywood Weekly Magazine.

The Nollywood stars that featured on the cover of the Hollywood Weekly Magazine were Monalisa Chinda, Desmond Elliot, Jackie Appiah and Joseph Benjamin.

In November 2014, the actress branched out of acting a little bit and debuted her Talk Show titled “You & I with Monalisa.’’

She is involved in a lot of charity works.

Coker is a consultant with Royal Arts Academy, a media school known for breeding new talents, in acting, directing, and screenwriting.

In 2010, she was nominated for `Best Actress in a drama series’ at the Terracotta TV and Film Awards.

She won `Best Actress,’ at the 2009 Afro Hollywood Award at the Monte Carlo Television Festival, an international festival and competition focusing on productions for television founded in 1961 and based in Monaco, France.

She has featured in over 80 movies.

The mother of one got married traditionally to Victor Tonye Coker on Feb. 20, 2016, after her first marriage to Dejo Richards crashed in 2009.

Their white wedding ceremony was done in Santorini, Greece on Sept. 1, 2016.

Her husband grew up in Port Harcourt but lived most of his life in Germany where he is based.

Your situation is not beyond God – Nollywood’s Monalisa tells fans was last modified: February 17th, 2017 by Arinze Ago

Transfer Rumours: See Who Is In And Out Of Real Madrid, Barcelona, Liverpool, Man United, Man City, Chelsea, PSG, Bayern Munich, Others