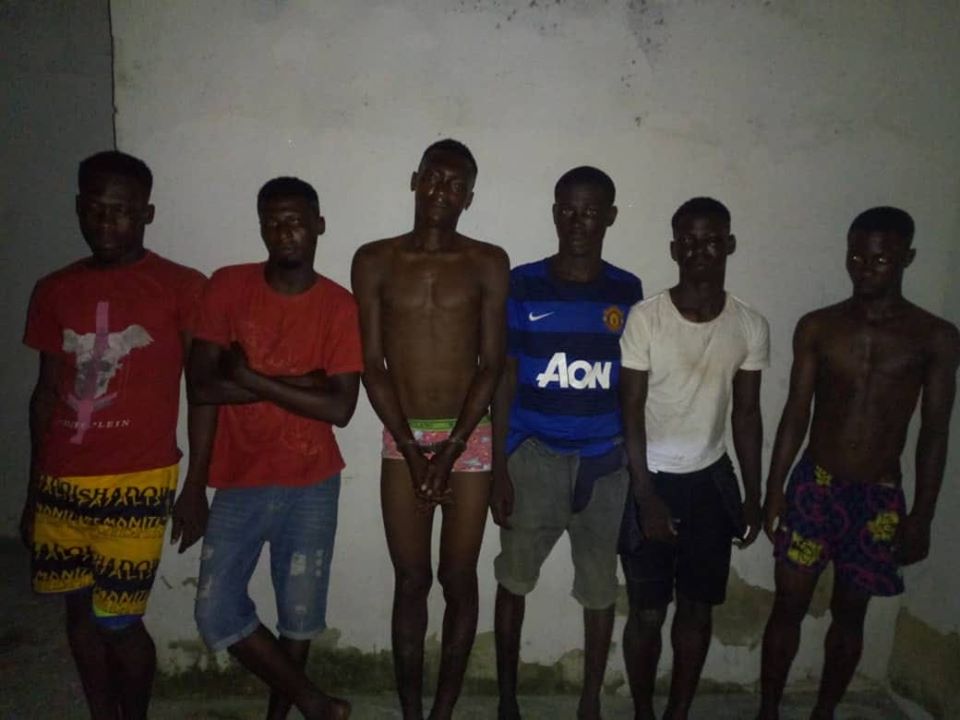 A statement from the Lagos State Police Public Relations Officer Dsp Bala Elkana said those arrested were members of Aiye confraternity with allegiance to one Mohammed alias Obama their leader in Bariga.

Elkana said the gang is responsible for series of violent attacks, armed robbery and murder within Bariga metropolis, adding that they are equally on its wanted list for murder of one Fashola, who was killed on 3, 11,2019 along  Pedro street.

Those arrested include Fatai Nofiu AKA Itape (28) and one Qudus Kazeem AKA Bobo with residents at 14 Itape and 12 Ago Owu street with both locations in Bariga respectively.

Item recovered include An Axe, HTC phone, One Nokia and one itel phone.

Those items recovered was snatched from one Amusa Bukola with a resident at 34, odunsi street Bariga.

The spokesman said an investigation into the matter equally led to the arrest of four other members of the gang which include Muiyis Saraki Alias Bosingwa (23), lucky Sunday (27) David Okpa alias Na god (29),  and one Taye Balogun Alias Gbalagbala  (24).

Elkana said investigation is ongoing adding that the suspects will be charged to court.

The statement put further that after Surulere police division received information that one commercial sex worker identified as Elochukwu  engaged her customer known as Babatunde Damilare in a fight over the price of sex at Edo Inn Hotel with a location at 17 Atan  street, a location at  empire in Surulere, the said Babatunde was said to have picked a knife and stabbed Eluchukuwu severally on her neck which eventually led to her death.

The  spokesman said copse of the deceased has been deposited at mainland hospital morgue Yaba for autopsy, adding that investigation is ongoing and that the suspect will be charged to court