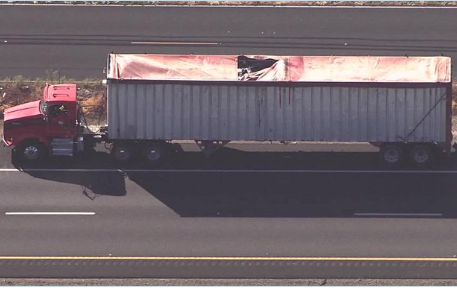 An unidentified skydiver has been killed after crash-landing on a big trailer along a Northern California highway.

According to California Highway Patrol PIO Ruben Jones, the 28-year-old woman was skydiving with a group of seven people around 2 p.m. Thursday, September 26th.

The group took off from the Lodi Parachute Center but conditions were windy, and the woman crashed into the truck during the skydiving group’s descent near the Lodi Airport. Then, she hit the right-hand shoulder of the road.

The unidentified woman was pronounced dead at the scene. The other six people in the group survived. The California Highway Patrol is currently investigating the incident.