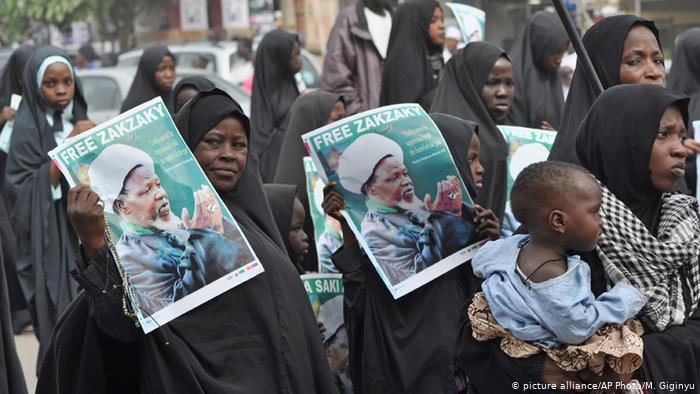 The police and members of the proscribed Islamic Movement of Nigeria (IMN) otherwise known as Shiites clashed on Friday evening at the old airport area of Sokoto.

Residents and passers- by had to scamper for safety as motorists and those on foot deserted the area for fear of being hurt.

There was however noo casualty and confirmation of arrest.

It was learnt that the sect members, including males, females and children, embarked on a procession rally shortly after Juma’at prayer chanting ” Free El-Zakzakky”.

The procession took them from Mabera Area through to ‘Masallaci Na Uku ‘ along old airport where the clash occurred before it was brought under control by the police who dispersed them.

However, confirming the incident that took some time to quell, the Sokoto command PPRO, ASP Muhammad Abubakar Sadiq, said preliminary investigation revealed that a group suspected to be members of the proscribed Shi’ites mobilised themselves along old airport road without intent of carrying out a procession.

According to Sadiq: “Upon confirmation of intention by security operatives, the gathering was immediately dispersed using minimal force, while the said suspected members got busy pelting stones on operatives and operational vehicles with intent to escalate the situation,” he explained.

However, the command image maker said the police had brought the situation under control shortly after the situation came to fore by Joint Operatives.

He added: “The Sokoto state Police Command calls for calm as normalcy has since been restored and urge members of the public to go about their lawful businesses without any fear as the Command has emplaced adequate security arrangements to forestall any reoccurrence of such as the Command wishes all and sundry a crime free season”.

SAD: Over 70 Killed, More Injured In Al-Shabaab Attack On Mogadishu