Some People Are Out To Destabilise LAGOS – LAGOS Info. Commissioner, GBENGA OMOTOSO 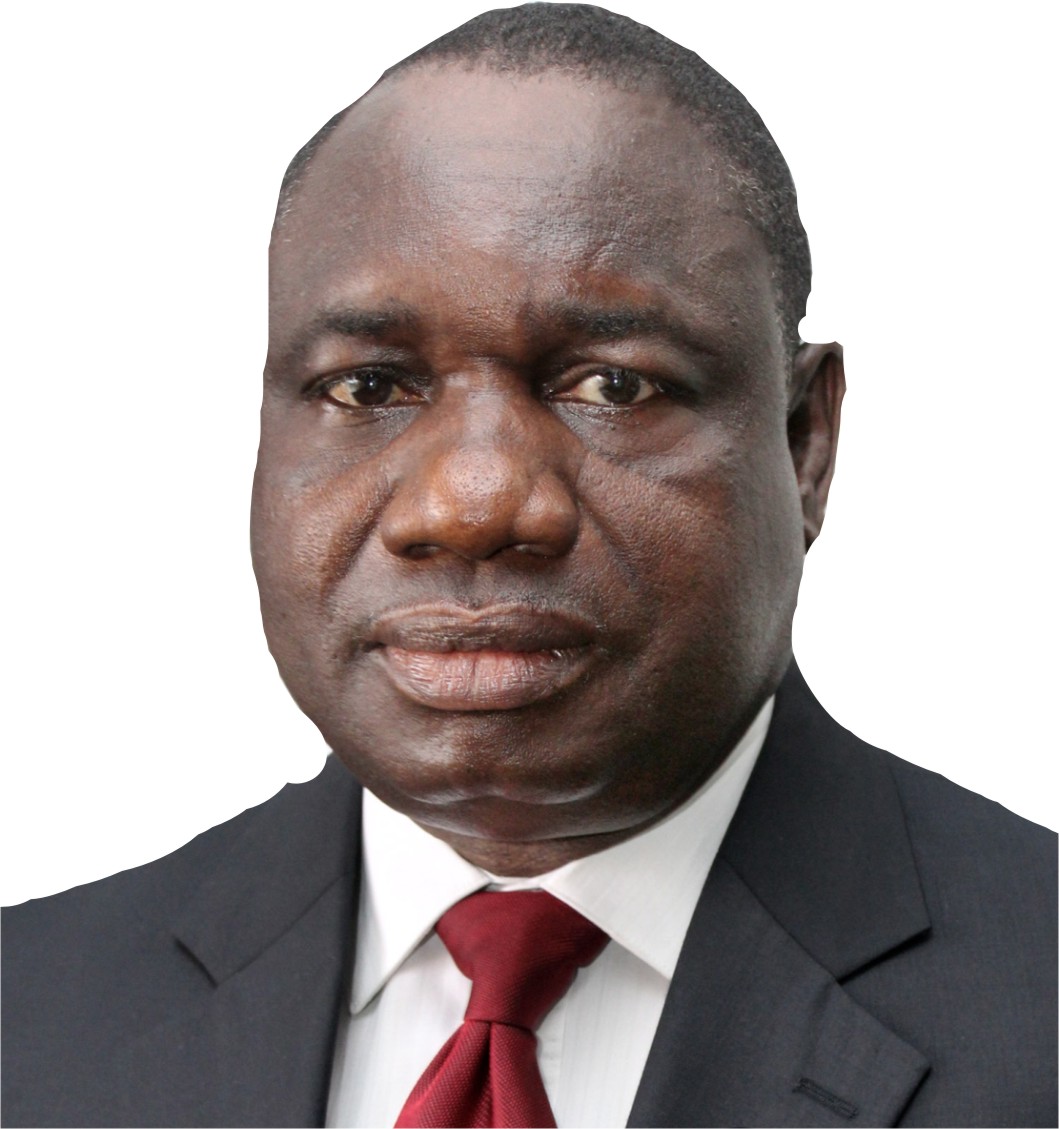 Mr. Gbenga Omotoso is the Lagos Commissioner for Information & Strategy. He was at the City People Magazine office a few days back to celebrate with City People @ 24. Before the celebration he took time out to talk about what Lagos State went through during the just ended #EndSARS protest. He revealed that from the level of the carnage & Wanton destruction, some people are out to destabilise Lagos. Read on! Its an explosive interview.

The shocking incidents that happened in Lagos in the past few weeks must’ve been very tough for you to come to terms with, what do you make of all of these?

Well, I think what happened in Lagos in the last few weeks in Lagos, have, to put it mildly, been interesting. We have seen some of our colleagues in Journalism doing their work brilliantly, while some have not really done well. The kind of thing that has happened in Lagos in the last couple of weeks is unprecedented. We have seen carnage on a scale that is beyond belief. Carnage on a scale that is unimaginable. It was as though war had come to Lagos because all of the things we cherish as Lagosians were all burnt down and thrown up in flames. Documents that had to do with the history of Lagos, documents that had to with our cultural heritage, documents that had top with legal matters, all of them were razed and shredded just like that. So, for me, the report has been in good in some ways while some others have been emotional. I dare to say that even some of the foreign press have displayed crass incompetence.

I guess the most recent one is the CNN report…..

Yes, CNN has reported the incident in typical CNN style but I will not want to go into the ABC of the report because the matter is before a panel of eminent jurists, a competent panel that has he powers to look into such matters. And if I were to comment on that as a journalist, I don’t think they did a good job, it’s a bad job.

Sir, the governor has been under tremendous pressure in the last weeks, understandably so. A lot of Lagosians have felt that he did pretty well handling all of the chaos that followed the EndSars protest, but there are others who also feel he hasn’t been truthful enough. At first, it was reported that he said there was only one dead body recovered from the scene of the shooting, and then shortly after, he said, no, there were actually two, yet, some of the protesters are insisting several people were killed. I would like you to clear the air on this.

First, let me just reiterate the fact that, like I said before, the matter is before a competent panel that is looking into it. If I begin to comment o the nitty- gritty of the matter, I am going to have my comments prejudicial to the comments of the panel. It will be proper to let the panel finish its job. This is a panel of great lawyers, these are people who know their onions. These are people who have made their names. Eminent jurists, SANs, they’re all there. So, it will be nice for us to allow the panel to finish its job. And I do not want people to confuse semantics with facts and figures. Mr. Babajide Sanwo-Olu has been consistent on this, he has never changed what he said. So, for somebody to be saying somebody lied and all of that, I am just saying people should watch it because semantics is different from facts and figures. Like the kind of report you just talked about, we hear people talk about a massacre and then you hear about just somebody dying. I believe that for any life at all to have been lost, it diminishes us as human beings and it makes us look like we’re in the animal kingdom. Anybody that dies, no matter how small or big, we should all feel the loss a human beings. Let me just say I sympathise with anyone who has lost a loved one during the incident, but again, I must warn that people should not confuse facts with figures, and not be emotional or sensational in this matter. Let us face the facts. By this Friday, it will be one month after the so called massacre and yet we’re still fishing for evidence. Yet, we’re still confused about who said this or who said that. We are still confused about who fired and who didn’t, haba! Even when you have ordinary cult groups fighting, you don’t need anybody to tell you what happened there when you get to the scene. I do not want to comment on whatever the panel is doing, it would be very nice if we allow them do their job.

You spoke of the chaos that happened in Lagos and how severe it was, what’s your own explanation of, why Lagos? Why that severe onslaught on Lagos with the burning of BRT buses and other government institutions and so many other mindless carnages, so I’m wondering what you own thoughts are?

Let me just start by saying that the guys who started it all, the youths, they had noble intentions, they had intentions that were enviable. All of us have felt it before, police brutality, SARS high handedness. No society will tolerate that. We contribute money and pay our taxes so that our police can do their work well. And if the police now become part of the problem we pay them to come and resolve, it will get to a point that people will rise up and say no. And in this case, that is what happened. But there is no party that goes on forever. We advised them. The governor advised them, elderly people spoke to them and said you can’t continue to protest forever. Now, you leave the roads, end the protest and let the government look into your demands, but unfortunately, they didn’t listen. And because the thing continued, days after, weeks, then the enemies of society decided, let us take advantage of this and then launched that kind of onslaught against Lagos. And if you look at the kind of things that were damaged, they were things that Lagosians were proud of. Our cultural heritage, the City Hall, the first of its kind in Nigeria, the first seat of government, the Igbosere High Court, the oldest in Nigeria and the kind of court that every lawyer would like to practice in, everything now gone with all the documents in there. And if you look at the DNA laboratory that was also burnt, it was the first of its kind I think in West Africa. Then, look at the NPA building and the BRT buses, those buses were less than three months old and bought with scarce foreign exchange. I think a team of psychologists because people with their right senses will not do that kind of thing, a team of psychiatric experts will have to investigate this to be able to come up with appropriate answers. Also, security agencies will also need to look at it and find out, can genuine Lagosians come out and begin to burn everything that Lagos is proud of? Some people have read politics into it but personally, I think it’s pure criminality. Anybody who has done his should be seen and treated as a criminal who just hid under the noble intentions of our young men to do what is in his own psychopathic mind.

There’s been this speculation that a few of the thugs who hijacked the protest have been identified on social media, but surprisingly, no arrest has been made in that regard, whereas, the peaceful protesters are being arrested, can you clear the air on that, sir?

Well, I will not like to speak for the Police. I have only been observing things like you’re observing them too. But I have noticed that when security people are working, they don’t go about talking about it on the pages of newspapers or on radio, but I can tell you that tens and tens of these people have been arrested. Some have even been taken to court, including some of those who attacked peaceful protesters. Government has always said that protest is legitimate thing, but you need to know that your right to protest ends where it begins to infringe on other people’s rights. I know one or two cases where people who were on their way to the hospital couldn’t make it because the roads were blocked. A woman, an expectant lady died. There were so many like that. Even I couldn’t go to work because there shootings in my area at the time. If you know what security people go through to keep Lagos safe, honestly you will hold a party for them. What many do not realize is that there are people working tirelessly, people you and I do not know, who are doing everything possible to ensure that you and I sleep soundly at night. But they can’t bring out these things to the open. You will recall that a little over a year ago, a Boko Haram commander who sneaked into Lagos was arrested. For them to have to have traced a Boko Haram commander to Lagos, watch him for days, monitor him and then get him arrested before he wreaks havoc, I mean, give it to them. So, all those people that you are talking about, even when they are arrested, I don’t think they will be celebrated. I remember listening to the testimony of the Army General at the panel. He said they arrested one woman who said she only went out to buy food for her children. She was even putting on the hijab and brought out money and said this is the change she collected from the food seller. At the end of it all, they showed her picture among the looters, and ever since, people have kept quiet. And to be honest with you, I do not think that lawful protesters have been arrested. Before they come for you, there must be something they know. As far as I know, the peaceful protesters have not done anything wrong, it’s those people who are spreading falsehood, saying there’s been a massacre, using Nollywood movie scenes to deceive people as scenes from Lekki shooting, they are the ones who have done a lot of damage and who we should worry about. They contributed to the carnage that we’re talking about.

Some People Are Out To Destabilise LAGOS – LAGOS Info. Commissioner, GBENGA OMOTOSO was last modified: November 26th, 2020 by City People