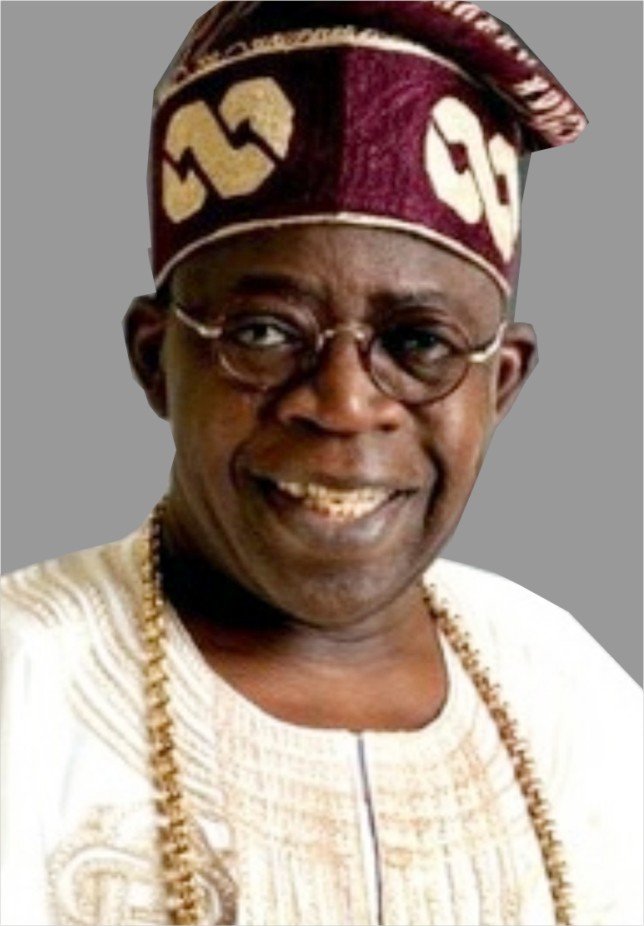 In the season of political campaigns, many people want to reach the candidates or those very close to them for various reasons. Some claim they have suggestions that can enhance their campaigns and guarantee their victory like a sure banker in Bet Naija.

Some want to be part of the campaign in any way possible because of their acclaimed political followership in their communities. No one admits he or she wants to get his or her own share of the campaign funds from especially the ‘deep pocket’ candidates.

Having worked in The Nation Newspaper, supposedly owned by, you know who, as a top editor for about 14 years, some rightly think I should be somehow close to the All Progressives Congress (APC) Presidential candidate, Senator Bola Ahmed Tinubu or some of his top aides and strategists.

Interestingly, I knew him before he became a Senator. Guess who introduced him to a group of Political Editors, the Turaki Adamawa, Alhaji Atiku Abubakar somewhere in Lagos.I still remember the exact words of the former Vice President while introducing Tinubu, Iyorchia Ayu and one other candidate I can’t recall his name now.

“Gentlemen, I want you to help these my friends, they are contesting for the Senate.” Atiku was that kind of person who was interested in the success of others and went out of his way to seek support. I remember one aide of Chief Dapo Sarumi, the Chief Primose, trying to schedule interviews for Tinubu with The Punch where I was the Group Political Editor, but only managed to have one during a ride across the city. There was also a limit to how much focus you can have on one candidate. After he became a Senator, I didn’t have any contact with him for years because I had left The Punch and was not involved in reporting Politics. Yes, I worked in The Nation for 14 years and only met him once by chance. I was with a group of editors from various media houses he addressed mainly on the justifications for backing former Governor Raji Fashola.

“Every indication shows he is the right man for the job, trust me,” he told the editors, most of whom did not really know Fashola well or those who think he doesn’t have the clout for the position. My employment had nothing to do with my past encounter with Tinubu. I applied for the vacant position and the management found me suitable. I know the MD and some select top management staff meet with Tinubu once in a while and they tell us a few things and as senior experienced editors we know the right thing to do. Once in a while when we are not careful enough and we allow somethings to get into print, the MD will just tell you, “you are on your own, decide what you want to publish.”

There are times when we get feedback that some staff are over promoting some APC governors because what’s happening in their state does not match what we are reporting or their claims. When some top APC members complain about one particular columnist accusing him of criticising them, Oga’s response is “Efi sile. Gbogbo wa o le sun ka Kori si Ibikan na (We cannot all be thinking same way). Sorry for my long digression, but it’s necessary to justify why I have not been too helpful to those who think I should know the inner workings of the political team of the Lion of Bourdilon. Unfortunately but as I prefer it, I am to a large extent apolitical. I just want to do my job and move on as a journalist should because I know enough how politicians operate.

Maybe if I have exploited my past relationships with politicians, maybe if I had even accepted political positions which I was once offered, maybe.

But that’s too late now. I just want to do my media career work in peace, I don’t want any BATIST, ATIKULATED or OBIDIENT supporter to see me as an enemy based on the acrimonious exchanges I am seeing online.

I have not had any contact with the presidential candidate of the Labour Party, Peter Obi, but I have no doubt that he is also a good candidate like Tinubu and Atiku. It’s up to the voters to decide who to vote for.

Journalists quarrelling over politicians should realize that they have their career to face when all these campaigns are over. When the elections are won and lost, politicians will put it behind them and move on. Some will even join the winning side.

When the final result is announced, some of them will do the Jonathan style. They will call winner. God bless Goodluck Jonathan. Let’s be moderate in how we stake our professional career in supporting politicians.

If you are interested in working for any candidate get in and declare your stand. For those who still need Tinubu’s contacts, sorry I can’t help much. Maybe if you join the party at the local level like Doyin Okupe did when he wanted to be involved in politics long ago, and make valid contributions, somehow you may be noticed and your contributions will be passed on to the top. If you also write on platforms where you can be read or get interviewed on broadcast stations, someone at the political control room may get across to you.

Sorry, I Don’t Have TINUBU’s Contact was last modified: January 4th, 2023 by Reporter

Help! My Lover Has A Female Best Friend