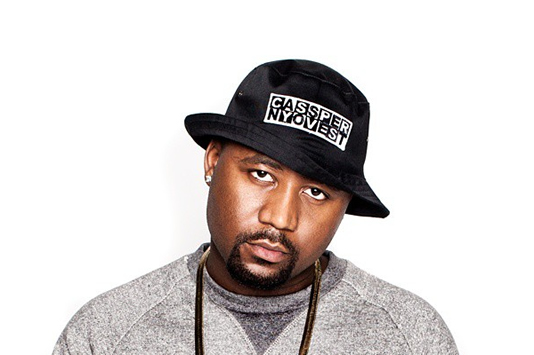 South African Hip-Hop has been on the ascendancy for a while now.

Yesterday, Tuesday, August 15, 2017, it was loud and clear that no one can mess with the boys from SA. Rapper Cassper Nyovest was on The Breakfast Club and it was refreshing to hear a rapper from this continent talk like a rapper.

Nyovest’s interview comes on the heels of Nasty C’s appearance and freestyle on “Sway In The Morning“.  Other SA rappers who have been on Sway’s show include Cassper Nyovest, AKA and Kwesta.

While Nigeria has dominated the market for pop music coming out of the continent into North America, the South African boys are the ones exporting the continent’s Hip-Hop culture to Americans. And they have been doing a good job at it.

Cassper Nyovest on The Breakfast Club showed why South Africa would be the leader of Hip Hop in Africa for a while to come. The top South African rapper who has shattered so many records and sold tons of albums was confident of his status as Africa’s biggest rapper.

When asked by Charlamagne Tha God asked him if he had to compare his status with any rapper in the United States who would it be, Cassper shot back and asked: “Who is the biggest rapper in the States?”

A lot has been said about Nigerian Hip Hop including its decline, most of it from cry baby Hip-Hop heads who refuse to know the times have changed. However, one truth we cannot dismiss as boom-bap sentiments is that most Nigerian rappers do not know who they are and their place in the game. And this reflects in their music.

The Afrobeats wave has seen rappers jump on the bandwagon and justle for fans with established singers like Davido and Wizkid. It is rare to see this new crop of South African rappers deviate from Hip-Hop music. At most, they rap on Kwaito records but identify themselves as rappers.

Back to Cassper Nyovest’s appearance on The Breakfast Club. The rapper who calls himself ‘Mufasa’ spoke about on a number of issues like payola, his album, Kanye West allegedly jacking his floating stage concept, beef (with you know who), his album “Thuto” and violence in America.

According to Cassper Nyovest, Kanye West’s right hand man Virgil Abloh was in South Africa when he filled up the dome

Cassper Nyovest who is 100% independent narrated how he was able to secure the rap throne in his country without the backing of a major record label. He spoke about how he and his team would reinvest any money they got from shows into the business. He even stated that one time the money he got from a show was used to pay for a music video.

While we glamourize South African Hip-Hop over here it is important to know that it has its own struggles. Instead of wallowing in self-pity about how radio won’t play him, Cassper Nyovest held his own shows and the proceeds from that were used in investing in his music business.

There is no country in the world where Hip-Hop in its infancy has relied on the mainstream or corporations for support. Rappers went out, promoted their own records, sold their own albums, had their own shows, and created other aspects of the business to support the art.

In Nigeria, we should stop this beggar mentality on waiting on manna from above to help rappers. Go out and do your own thing. This is how Hip-Hop communities are created. At the heart of Hip-Hop is the hustle, do-it-yourself mentality. We should go from begging for cheques to signing cheques.

Cassper Nyovest boldly spoke about payola and how the entrance of corporations messed the Hip-Hop scene. This is bold. Rappers are meant to bold irrespective of their content. A rapper who can’t come out and make bold statements is not a rapper. Props to Erigga who had the guts to rap about payola in the industry while his contemporaries murmur behind closed doors.

Erigga is from the South-South region of Nigeria, where he enjoys a cult followership.

From the musical angle, the interview was also dope because Cassper Nyovest spoke about the concept of his album, the inspiration and how he got his groove back after falling off with his previous album.

As expected The Breakfast Club tried to catch him slipping but he never lost his frame as the King of Rap in Africa. Even when the subject of beef came up, he didn’t jump at the bait and refused to mention the name of his nemesis.

Confident about his status he said he isn’t going to sign with the African branch of an international label. This makes sense because he is the biggest African rapper and he did it without a deal. He is more interested in signing direct deals with JAY-Z’s Roc Nation.

Essentially, if you are an up and coming rapper, Cassper Nyovest’s interview is a must watch on how to move, walk and talk like a rapper.

This Post First Appeared on Pulse.Ng
why South Africa would be the leader of Hip Hop in Africa for a while – Cassper Nyovest was last modified: August 16th, 2017 by Daniji Emmanuel