Those speculating about my health are ‘mischief makers’ — Pres. Buhari 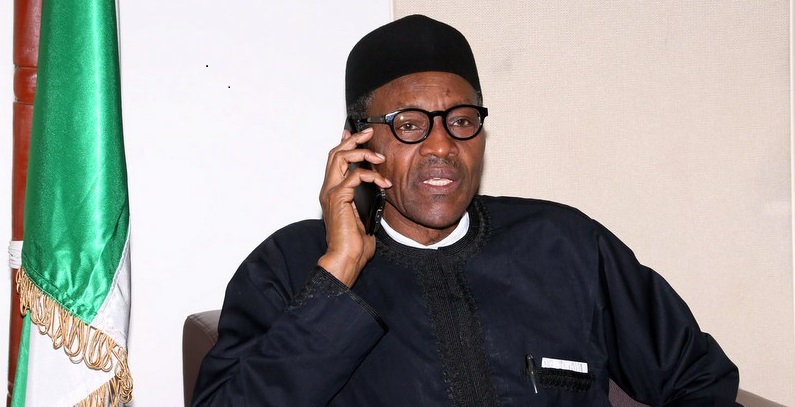 President Muhammadu Buhari said on Saturday that rumours about his death in London were being peddled by “mischief makers”.

The president said this when he spoke to his media adviser, Femi Adesina, by phone on Saturday.

“I am still resting. Thank you for holding out against mischief makers,” Mr. Adesina quoted Mr. Buhari as saying.

The president departed Nigeria on January 19 for a 10-day vacation, during which he would undergo medical treatment.

He transmitted a letter to the National Assembly to extend his vacation on February 5, fueling speculation that his health had deteriorated.

But top officials of his government maintained the president’s health was sound.

Although President Buhari had telephone conversations spread over several days with individuals, including Senate President, Bukola Saraki and Speaker of the House of Reps, Hon. Yakubu  Dogara as well U.S. President Donald Trump, startling rumours about his health persisted.

His call on Saturday to Mr. Adesina, his most senior media adviser, came 36 days after he travelled.

“Mr President, I have missed you,” Mr. Adesina said he told the president.

He confirmed he had not spoken to the president in person since he travelled.

“It was a defining moment for me. For more than a month, I had always spoken with aides who are with the President in London.

“Not once did I ask them to take the phone to him, deliberately so, because I didn’t need to speak with him to validate the fact that he was alive. And since he was on vacation, he had a right to his privacy.

“Of his own volition, President Buhari spoke with me. It made my day. Even if he hadn’t done so, he would have remained my President, my leader, and my man. Any day.”

Earlier this week, Mr. Adesina said he was comfortable with talking to other aides rather than the president himself.

This, he added, was because he had confidence in the fact that the president was doing well.

“It is a matter of my personal decision and style (that I don’t talk directly to the president).

“All those I spoke with, his personal physician, his CD (chief detail), his domestic aide, I can tell them to take the phone to Mr. President that I want to speak to him.

“I know Mr. President, he will speak with me. But I’ve decided not to talk to him because I do not need that telephone conversation to authenticate the health of Mr. President,” The Pulse Nigeria quoted Mr. Adesina as saying during an appearance on Channels Television.

Those speculating about my health are ‘mischief makers’ — Pres. Buhari was last modified: February 25th, 2017 by Online Source