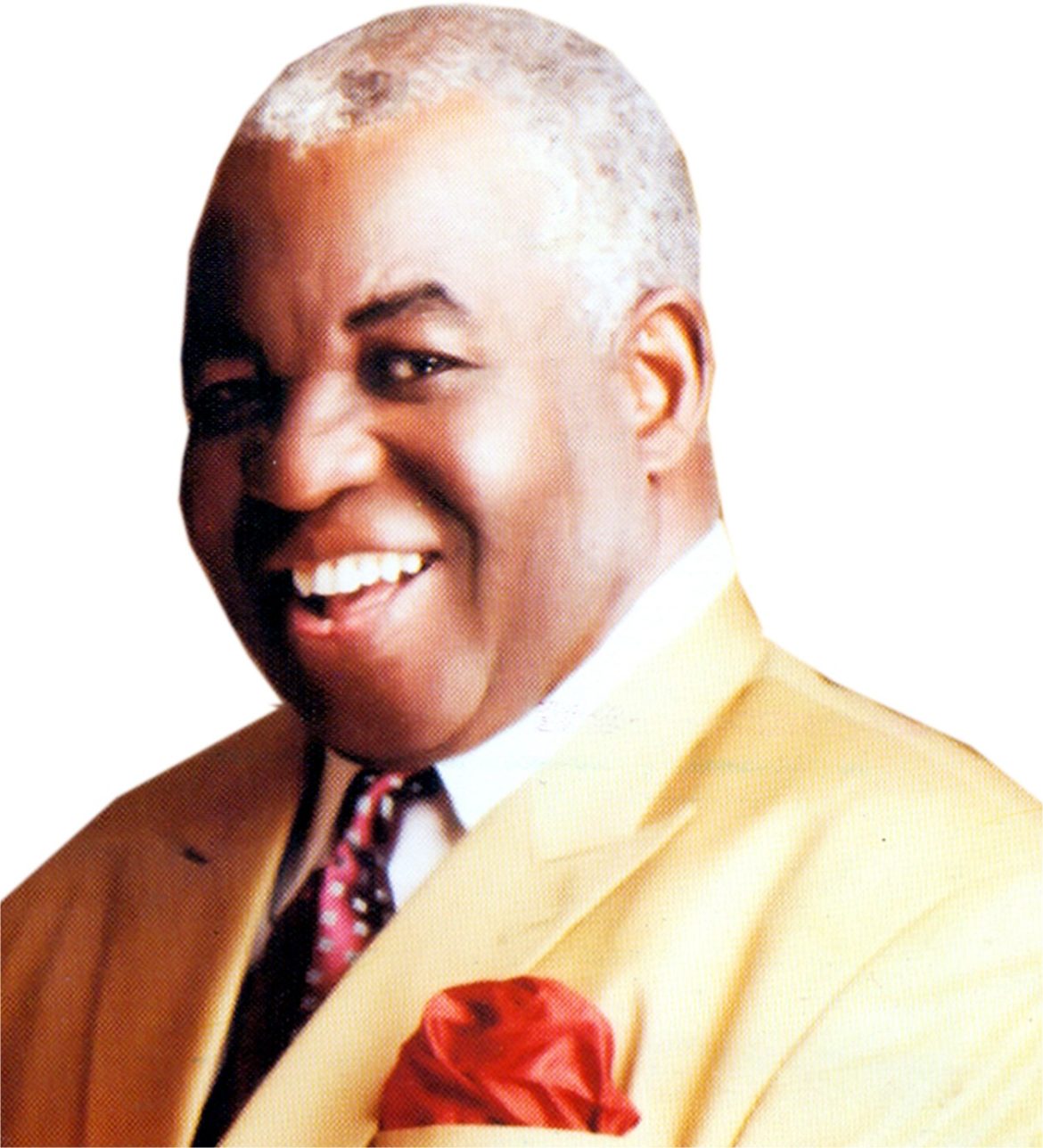 •How The IBADAN High Chief Made It In Life @ 33

On Monday July 8, 2019, the prestigious International Conference Centre (ICC), University of Ibadan played host to the crème de la crème of the society from all walks of life; it was 80th birthday lecture of Splash F.M boss, Chief Adebayo Akande, the Maye Olubadan of Ibadan land. The well attended lecture, coincidentally, also marked the 12th anniversary Public Lecture of Splash F.M. Professor Tunji Olaopa, a professor of Public Policy & Public Administration and the Vice-chairman of Ibadan School of Governance and Public Policy (ISGPP), who was the Guest Lecturer at the event, delivered a powerful lecture tittled, “Spirituality and spiritual capital as factors in Nigeria’s post-colonial redemption”.

Some of the top dignitaries who graced the occasion include the executive Governor of Oyo State, Engr. Seyi Makinde-led, who was ably represented by his Deputy, Engr. Femi Olaniyan; Prof. Ayo Banjo; Prof. Akin Mabogunje; founder of Lead City University, Prof. Jide Owoeye, who was the Chairman of the occasion; President, Central Council of Ibadan Indigenes (CCII), Chief Yemi Soladoye; Dr. Leland Are; Prof. Adetokunbo Lucas amongst others.

The lecture however was not just an opportunity for family, friends and associates to celebrate and show Chief Adebayo Akande love at 80, but also an avenue to more about the man many have described as  “a silent achiever”. It was tributes and accolades galore for Baba Akande at 80. Yes, Chief Bayo Akande is widely known as an entrepreneur, Chairman of West-Midlands Communication Limited and the first independent radio station in Oyo State, Splash F.M, but many people really know much about his humble beginnings.

Not many also know that Chief Bayo Akande started his career as a brilliant young lawyer in 1964, at the age of 25. About the same time, he was called to the English Bar, which qualifies him to law in England and Wales.

Bayo Akande was  born on 18 July, 1939, to the family of Chief (Honourable) Agboola Samuel Akande of the Adelakun Baaji family in Isale-Ijebu, Ibadan. He attended Olubadan Native Authority School, Ibadan between 1947-1953. After which, he proceeded to Ibadan Grammar School between 1954-1959. Due to unavailability of the course he wished to study at the University of Ibadan then, Chief Akande left Nigeria for London to study law in 1959.

He attended North-Western Polytechnic (now University of London) between 1959-1960. He joined the Inner Temple to become a barrister at age 22, which enabled him to enroll at the school of Legal Education, London between 1961-1963. He was admitted as a member of the Honourable Society of the Inner Temple.

In 1963, instead of switching his citizenship, Chief Bayo Akande decided to return to Nigeria as a patriotic man. He attended the Nigerian Law School the same year, as one of the foundation students. He became a Barrister and Solicitor of the Supreme Court of Nigeria in 1964. As a young lawyer, Chief Bayo Akande cuts his Legal teeth at the Chamber of Chief A.M.A Akinloye & Co in Ibadan. Under the tutelage of the likes of late retired Justice of Appeal Court, Bayo Oduwole; Barr. Olajide, who was later to become Chief Judge of Oyo State.

Baba Akande established his own Law firm, Adebayo Akande & Co in 1965, at age 22. He later moved his law practice to Lagos in 1969, located at 27, Awolowo Road, Ikeja Lagos. By the time he was 33, the entrepreneurial skills in him has fully germinated, and that was when he joined the league of industrialists, by buying his company, Rethreading Nigeria Limited. It was a tyre rethreading company he bought with a loan of £100,000 in 1972. Interestingly, Bayo Akande is not just an industrialist, but a businessman with clear vision and strong passion for jobs creation for the people of his country.

That was how determined he was to make a difference, that not even the Federal Government’s policy of 1975, when the government opened the door for importation of tyres could discouraged him. He believes strongly in J.F Kennedy’s submission that, “if a free society cannot help the many who are poor, it cannot serve the few who are rich.” This brilliantly put quote by Kennedy and the urge to contribute to the development of his immediate environment, perhaps, prompted Chief Bayo Akande to try his hand in politics in 1979. He baceme an active member of the defunct National Party of Nigeria (NPN), and even contested the governorship primaries election of his party in 1983. His political journey was however stopped in 1984 when the Military came back to power

He was later to establish what was then the biggest network providing channel, Independent Telephone Network (ITN) with almost one hundred thousand subscribers, years before GSM operators came on board. He later sold the company to Vodafone for several billions of naira. In fact, he was the founding Chairman of the Association of Licensed Telecommunications Operators of Nigeria (ALTON).

Chief Bayo Akande didn’t stop at that. When the opportunity presented itself for him to procure license for broadcast media, he grabbed the opportunity and established a satellite cable television company called West-Midlands Communications. The company later upgraded to include a radio station, which eventually gave birth to Splash F.M and as well Lagelu F.M with several millions of listeners on a daily basis.

Chief Akande is not only a successful industrialist but also a community building. He has also earned for himself a name in community development and charity. His passion for community building has seen his company partnered with BBC, to create awareness on the menace of HIV/Aids. Through Splash F.M, Oloye Bayo Akande expended a whopping #25,200,000 in 2012 on the war against HIV/Aids. In the same year, he spent over fifty thousand to support UCH Eye Outreach, the World  Health Organisation and Association of persons with Disability.

In his bid to create awareness on importance of good governance, accountability and a corrupt-free political space, Chief Bayo Akande, in 2011, spent #5, 932,500, despite the fact that he is not in politics nor in government.

That is Bayo Akande for you. He has always been an upright man, as a man of principle and honour. This has seen his radio station, Splash F.M venture into a partnership with the Independent Corrupt Practices and other related offences Commission (ICPC), just like he has done with the like of Federal Road Safety Commission (FRSC) and the Nigeria Police. This has also seen the station been branded as the “Integrity Radio Station”. In way of preaching the pursuit of  integrity across Nigeria, the station has continued spending millions of naira on integrity marathon race on a yearly basis. Oloye Akande is also a promoter of Yoruba values, culture and tradition. This has been doing through various mediums including his radios stations, that was why he birthed the idea of having a grassroot-oriented aspect of the station, Lagelu F.M some years back.

As part of his many interventions, Chief Bayo Akande has constructed Adebayo Akande Hall  at the University of Ibadan when the students were in dare need of accommodation, it is a 120-room iultramodern hostel complex.

Chief Adebayo Akande, as a result of his immense contribution to the development of his immediate community and the society general and strong passion for jobs creation, has several awards to his name. He is a holder of the Central Council of Ibadan Indigenes (CCII)’s Ibadan Land Merit Award,  as an epitome of industry and contribution to grow image of Ibadan.

Also, award for excellence in community service was bestowed on him by Rotary International Club. He has also been recognised by the Association of Physical, Health Education, Recreation, Sports and Dance, for his unique efforts and excellence towards the establishment of the integrity station. Award of Excellence by Omo Ajorosun Club of Ibadan, for his contribution to Commerce and Development in Ibadan land. He is also a member of the Order of the Federal Republic (MFR), which was conferred on him by the former President Goodluck Jonathan, amongst several awards and recognitions.

Chief Akande loves gardening and listen to music. He has special love for birds, especially ostrich and peacocks. He is blessed with lovely wives and adorable children, who are all doing well in their various chosen careers.

How My Late Grandma Prepared Me To Be Iyaloja