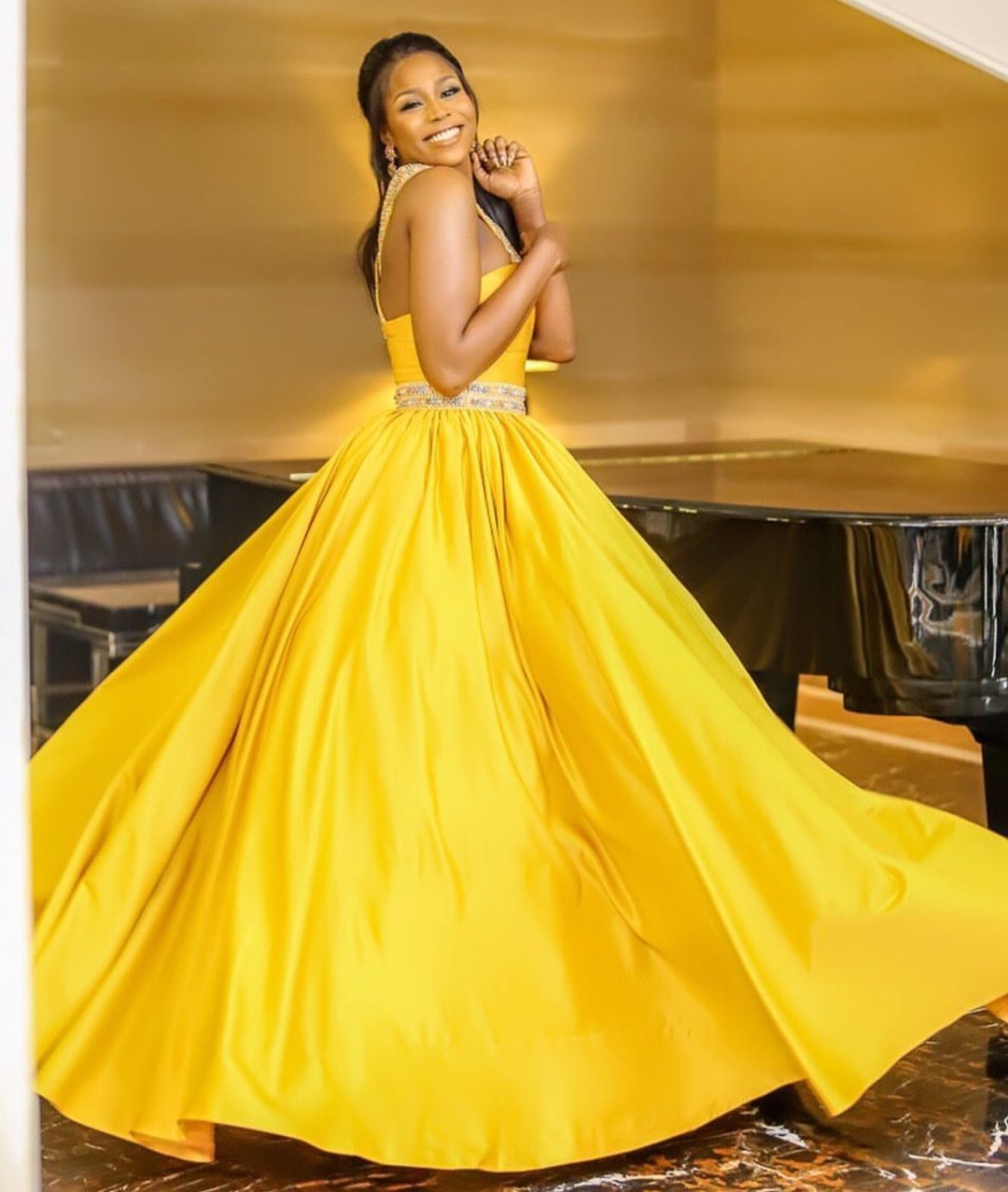 It was an evening of glitz and glamour penultimate weekend when Nollywood stars and entertainers gathered at the popular Imax Cinema Lekki, Lagos as movie star Lilian Afegbai made her debut as a producer with her new block buster titled Bound. The movie which stars A list actors like Rita Dominic , Eyinna Nwigwe amongst others was premiered in grand style.

The star studded event kicked off with a red carpet session that had a galaxy of media personalities from Ebony Life Tv,MTV Base, Hip TV, and several other media houses. The red carpet session was followed with light refreshment before all guests retired into the hall to watch the movie. The belle of the night Lilian is an award winning actress and a former Big Brother Naija Housemate. She stole the night in her 3 different attires .

For the first look, she rocked a gorgeous yellow ball dress by Nonnistics Fashion, with Gold trimmings and for the second look, which she easily pulled off, the producer/actress wore a black and gold ensemble off celebrity designer Lanre DaSilva-Ajayi’s SS18 Grand Royal Collection. Among Celebrities who showed up for the premiere of Bound were Don Jazzy,Ik Osakiduwa,Chioma Akpotha,Ufuoma Mcdermott,Uche Jombo,Mimi Onalaja,Big Brother ex housemate Soma,Layole Oyatogun,Princess Lisa Omorodion,Grace Edwin Okon,Annie Idibia, Ireti Doyle, Adunni Ade among several others.

The movie Bound which opened in cinemas on March 16th was produced by Lilian AFegbai and stars the likes of Rita Dominic, Ayinna Nwigwe, Lilian Afegbai, Prince Nwafor, Joyce Kalu, Nicole Banna and more .It was directed by Frank Rajah.”Bound” tells the story of Chinenye, a 35-year-old career woman, who suffers numerous scolding from her family and friends due to her inability to get married.

Elochukwu, despite all of Chineye’s indecisiveness and fear of commitment, remains in her life with a resolve to show her unconditional love.Unknown to everyone, Chineye has a lifelong secret: She battles spiritual, emotional and physical forces making her emotionally unfit to commit herself to anyone, no matter how hard she tries.