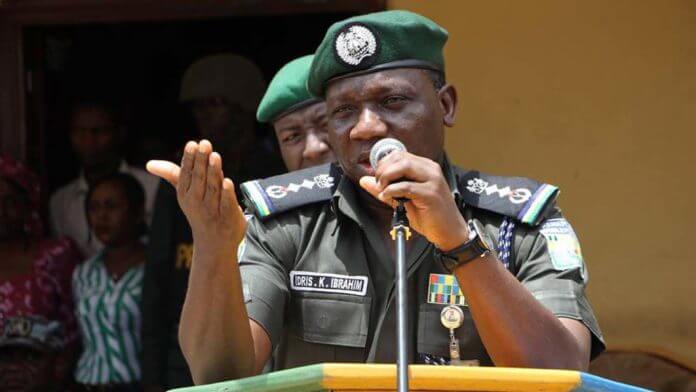 The Inspector-General of police, Ibrahim Idris, has sternly warned the Senate to stay off appointment of police chiefs in the country.

Idris demanded that the lawmakers expunge provisions of a new bill that requires Senate confirmation of an IGP’s appointments.

The police chief made the submission on Wednesday during a public hearing by the Senate committee on police affairs on the police reform bill.

The constitution currently requires the president to appoint an IGP subject to the Senate’s approval.

But the reform bill is seeking to open the window for other police officers interested in the position to apply.

Its section 3 states: “Interested persons (for the office of the IGP) shall make an open and formal application to the police council; the Nigerian police council shall nominate three applicants from among the pool of applicants using the stipulated criteria for competences and qualification; the president shall appoint the inspector-general of police from the recommended applicants subject to the confirmation of the Senate.”

But addressing the lawmakers, the IGP said such confirmation will “make the police less proficient.”

“The appointment of the inspector-general of police by the president on the advice of the police council without the senate confirmation is the desire of the police and should be made to be in the bill,” he added.

CONTINUED RIVALRY OR DUE PROCESS?

The IGP’s demand comes months after the Senate declared him an enemy of Nigeria’s democracy.

After he failed to appear before them on three occasions, the Senate had said Idris was unfit to hold public office.

Why Many Celebrities Invite Pastor ITUAH To...