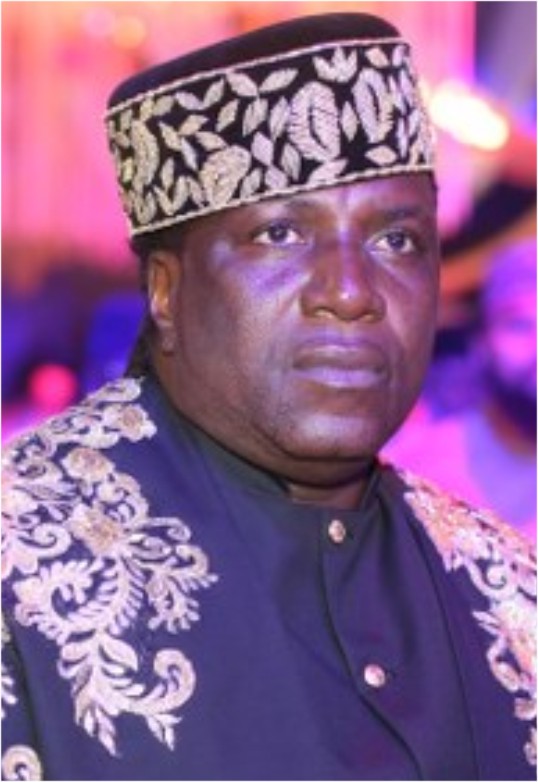 •Why He Is Highly Rated In The Industry

Just a few days ago Steve Babaeko celebrated the 10th Anniversary of his advertising agency, X3M Ideas in Lagos. The anniversary party was held on Friday 12th August 2022 at the White Stone Events Place in Ikeja, Lagos.

X3M Ideas is one of the leading advertising agencies in Nigeria. Endowed with over 200 high-tech and creative minds, the company is fast gaining prominence and becoming a force to reckon with in the creative industry across Africa and around the globe. Recently, it has gathered 16 different awards in the year 2022 edition of the Pitchers, a reputable Pan-African Award for creativity and advertising.

For matching a great feat in just 10 years of its existence, X3M Ideas under the highly sought-after Babaeko is in the mood for celebration. It threw up a big party which was classy and eventful. The party was a top-notch occasion which featured lots of exciting moments. The glamorous anniversary party was graced by many high-profiled personalities and captains of industry. They were present to felicitate the iconic Babaeko and the entire X3M Ideas team, home and abroad.

Right from the premises of the venue of the party, there were highly creative and attractive settings which made guests rest assured of having a party to remember. The ambience of the atmosphere was pleasant and inviting. They were an appreciable number of media houses and photographers ready to take them on either for spotlights or photo sessions.

The choice of White Stone as the venue for the party was great as it made guests feel at home. On arrival, they all appeared to look so attractive in their attires which speak volumes of class and showed how stylish they were. It was indeed a celebration of fashion and style at its peak.

Guests had a warm reception from the entrance as they were received by the beautiful and dutiful ushers. Snacks and cocktails were served to whet their appetite while they await the commencement of the party.

One needs not be told the depth of creativity that resides in Babaeko, the man of the moment and his staff. They all showed this when they stepped out looking enchanting in their respective lovely outfits.

Seeing Babaeko, the brain behind X3M Ideas stormed the venue brought more excitement to the atmosphere. His staff were elated as they marvelled to see their boss show up gorgeously dressed and looking radiant as ever. They took photo sessions with him. He went further to grant interviews with some media houses present.

During the anniversary celebration, Babaeko received lots of encomium from many top brands in the country; his former clients and those he still manages their brands. They all shared their experience having Babaeko and his X3M Ideas team run campaigns which turned their brands for good. Many of them described him as the man with a Midas Touch when it comes to marketing communications and brand management. They however wished the X3M Ideas many more years of successful operations.

During his speech, the man of the season appreciated all members of staff for their tenacity which has kept the agency going for the past 10 years. He said that the day’s celebration was not only for him but the entire X3M team for their tenacity of purpose. Meanwhile, he applauded his clients for their unwavering support over the years. He made special mention of an icon, Lolu Akinwunmi whom he referred to as his boss. He mentioned the likes of Mr Victor Johnson; former MD of FCMB; Mr Mathew Maputo; Mr Steven Evans, former CEO of Etisalat Nigeria; Enitan Deboye; Mr Demola Omitayo and a host of others as he took time to mention all their names one after the other.

He appreciated the immense support he got from chairmen of top companies, the likes of Dr Mike Adenuga Jr., the Chairman of Glo; Chief Adewunmi Ogunsanya, the Odofin of Ikorodu and the Chairman of MultiChoice Nigeria and a host of others.

He thanked them all for believing in him and his agency, X3M ideas. He however revealed his dream to make X3M Ideas the first marketing communication agency in Nigeria to be listed on the Nigerian Stock Exchange Market as they intend to keep expanding.

Notable among the top brands the company manages are the likes of DStv, BAT, Peak, Showmax, Flutterwaves, Quidax, Pocari Sweat, Glo, Conoil, Golden Penny Foods, La Casera, Bold, Nirvana, Jameson Irish Whiskey, Martell, Chivas, Absolut, Migo, Pocket, Knorr, and many others.X3M Ideas is also doing greatly outside the shores of Nigeria. It has over the years extended its tentacles and services to hosts of countries. It now boasts of having its presence in notable cities like Lusaka in Zambia; Johannesburg in South Africa; Congo Brazzaville, Nairobi in Kenya and UAE in Dubai.

Marking the event, a documentary clip which showed the CSR activities of the company was played for viewing. Best Dressed among the audience were rewarded handsomely while winners of the music contest were also made to smile home at the end of the ceremony.

Adding lots of spice to the eventful party was that interesting and mind-blowing stage performance from the AyanIjo Dance Troupe. They really entertained the host and his guests as they held them spellbound throughout their performance. The troupe is indeed a joy to watch. They brought smiles to the faces of the audience with their energetic display. Top-notch and classic music was reeled out by the highly creative DJ Nana. He made the audience have a fun-filled party.