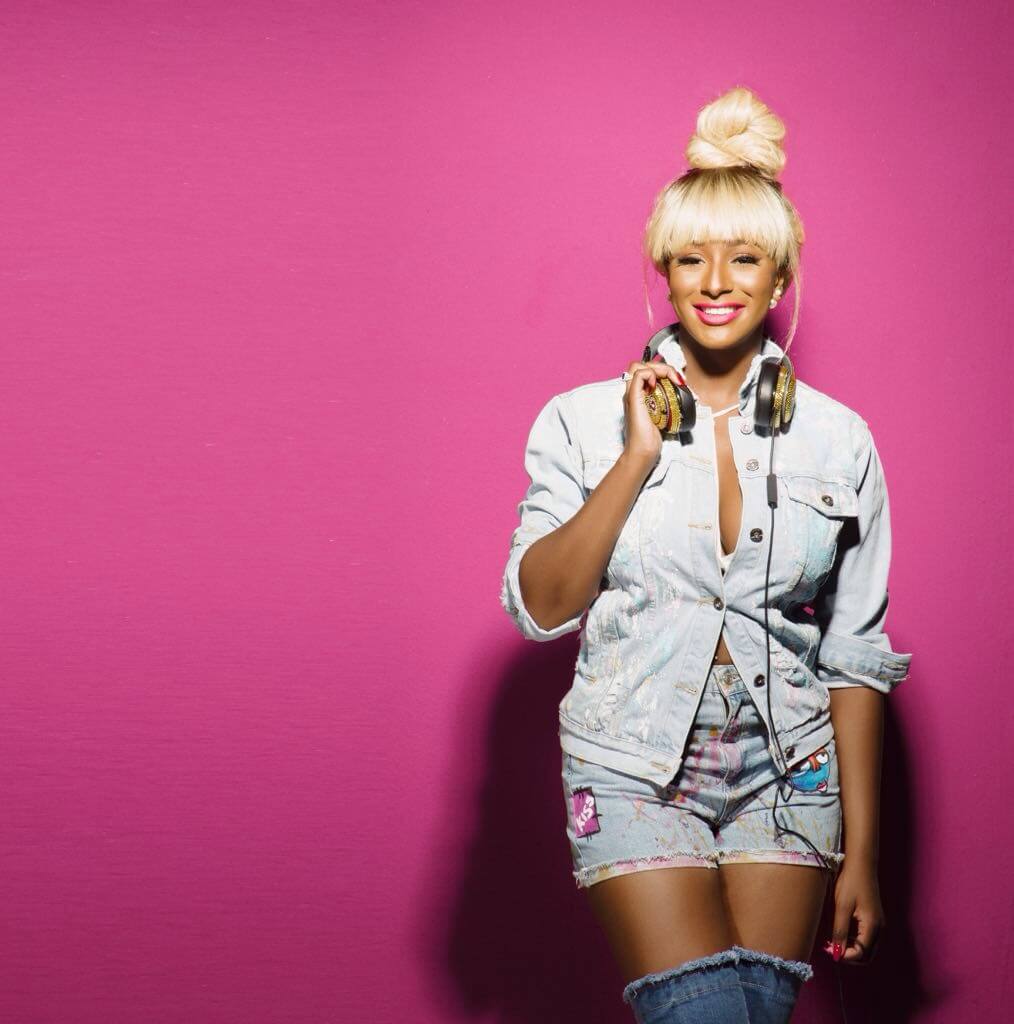 Last week, the Youth Enterprise Conference 2018 was hosted by the CEO of Naijabet, Otunba Akin Alabi, at the EKO Hotel and Suites, Victoria Island, Lagos, No fewer than 7000 youths across Lagos State attended. The youths who were already Entrepreneurs and those that were aspiring to be one all came. This event also had successful celebrities like Toolz, Shola of Paystack, Rich Tanksley, Wale of Techpoint, Omojuwa of Alpha Reach, Biola Kazeem from Elev8, Ubi Franckling, Jason Njoku, the Iroko man and his amiable wife, DJ Cuppy and many more with a unique stories of how they rose from Grass to Grace.

Though one would think that the story of a rise from Grass to Grace is definitely not applicable to Florence Ifeoluwa Otedola, popularly called DJ CUPPY, as she is the daughter of billionaire businessman, FEMI OTEDOLA, but one thing City People can tell you is that this beautiful lady has carved and still carving a niche for herself outside her father’s legacy, as a music Producer, forget who her father is.

She hustles like she is hungry. Her attitude to hard work and success is something else. DJ CUPPY lived in Ilupeju for about 6 years before moving to Ikeja. She then moved to London for her GCSE’s and A-Levels. DJ Cuppy graduated from King’s College London University in July 2014 with a Business and Economics Degree, and earned a Master’s in Music Business from New York University.

Meanwhile she started her DJ career at age 16. As a child, she loved and still loves ‘Cupcakes’, hence her name ‘DJ Cuppy. She started playing the piano when she was around 7 So we could say that’s when her real interest in music started. Growing up in Lagos, she just couldn’t stop singing and obsessing over Fela songs. DJ-Cuppy was featured on the cover of the Guardian Life as a new generation African woman. In March 2015, she was the official DJ for the 2015 Oil Barons Charity in Dubai, and the first African act to have ever performed at the event. She was featured in the 2015 April/May issue of Forbes Woman Africa. In August 2015, Cuppy set off on her first DJ tour to 8 cities in Africa, titled “Cuppy Takes Africa”. She visited Nigeria, Senegal, Ghana, Kenya, Tanzania, Rwanda, Uganda and South Africa. The “Cuppy Takes Africa” tour included performances, major artist collaborations, and charitable engagements supported by GTB Bank and the Dangote Foundation, Later that year, she interned at Jay-Z’s Roc Nation.

In October 2016, the “Cuppy Takes Africa” tour aired on Fox Life Africa as an 8-episode docu series. In 2016, Cuppy was the resident DJ for MTV2’s Uncommon Sense with Charlamagne Tha God.

Why did she choose to be a DJ and a Music Producer, considering that she has accesses to the good things of life that money can buy. Of course, she can also venture into many other businesses of her choice in this world rather than disc Jockeying. Also what has been a DJ done to her? This and many other questions were asked by the journalists present at the event. City People Assistant Editor, SUNDAY ADIGUN was one of them. And she spoke on how she started promoting her own brand outside her father’s legacy.

How did your career as a DJ and Music producing start for you?
I began my career as a DJ at age of 16 in London, buying second-hand equipment and playing in clubs. In 2014, I was the resident DJ at the MTV Africa Music Awards in Durban. I then played at the Tatler and Christie’s Art Ball in London and the Financial Times Luxury Summit in Mexico City.

In July 2014, I released House of Cuppy, my first compilation mix in both London and Lagos. Then I had a launch for House of Cuppy in New York City on September 2, 2014. Also in 2014 i launched Red Velvet Music Group, a music management and content production business.

Why did you choose to be in this career instead of many other jobs out there?
I think it is very important to follow your heart, choose the job that you like to do and you will never waste a day in your life. It is about personal fulfillment and with my dad I think I told him this is what I want and he told me that if I want to be a DJ, I have to be the best of it.

Was your dad not disappointed when you told him you wanted to be a DJ?
No, he was not. I would like to use this medium to advise every Nigerian that there is need for us to support our children in their careers. My dad was one of the first people to say to me, “Cuppy, I know you can do it but you must be the best”. He is also my biggest critic as well and it is fantastic having that support and challenge. He is giving me that competitive drive; he made me not to get comfortable with my brand and my skill. So I think my dad is someone who is actually bigger than what people think. Cuppy brand is doing very well because of him.

Would you have been this successful without your father?
Thank you for that question. It is very good to know that people could have the same platform but some are big while others are small. I always say thanks to education, which, seems to be an open door for everybody. But if you are not good and if you are not bad as an individual all you need to do is to keep on going and doing what you can. I would not say that I am an exemption but I have been doing this for a while now and I became bigger than I was in terms of this DJ work because I do it often. I think practice makes perfect.

What would you say really inspired the African tour in eight countries you had in August 2015?
This tour was inspired when I looked at my environment and potential. When I said I wanted to do eight countries in four weeks, a lot of people looked at me like I was crazy. You know the people that I had in mind that I actually wanted to work with said they were not really going to do this tour in four weeks. But after much considerations and everything and also with a great team and support from my brand, we are able to put the tour together. We also had challenges ahead but we moved on, and it was successful.

So how has been a Female DJ been so far?
Thank you for that question, it’s been so wonderful, in fact I’m really enjoying myself, I also think it is wise to know that recently I was appointed one of the tourism ambassadors. A lot of people asked me how the thing came about. I would say it was because I did a song titled, “I love my country,” which was a great song, and the Minister of Tourism listened to it and liked the song.

He thought it was a great way of inspiring the youths in Nigeria through song. So been a tourism ambassador in this country, I am looking at my potential role in tourism because the inauguration committee thought it would be great having someone that would represent Nigeria. I am a representative of the new Nigeria. A female DJ so unique and I think I am honoured by a presidential inauguration. I am also looking forward to working as well.

So what message do you have for the youths out there?
They should not be discouraged, learn to believe in yourself and in your vision, I started my business fully with 7 staffs at a go, even when I don’t know what will become of my passion, yet I believed so much in myself, DJ cuppy brand is different from DJ Cuppy Otedola’s daughter, that my father is rish doesn’t stop me from identifying who I am and carved my niche for myself, and I can say at 25 I have done a lot for myself, so don’t be scared and always believe in yourself, thank you.

The Story Of My Life –DJ CUPPY •FEMI OTEDOLA’s Daughter Opens Up was last modified: April 3rd, 2018 by Sunday Adigun

”Finding out of your death was the...