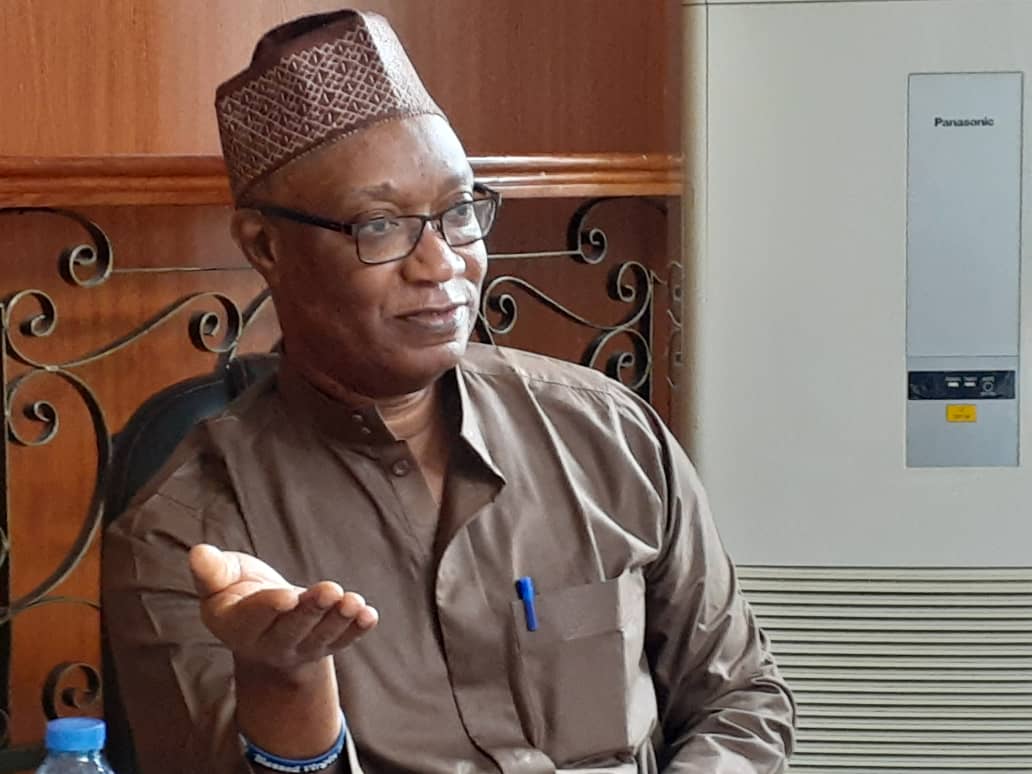 •Says: “It Is A Divine Calling”

Edward Akinlade, the Group Managing Director of the leading conglomerate, Suru Group, has revealed God’s plan to change the political and economic narrative of the nation Nigeria, through a divinely conceived spiritual instruction by God to him, and has urged Nigerians to key into the cause as a matter of necessity to save Nigeria from the clutches of disintegration.

Speaking with City People media team at his Sonibare Estate Office, Rabbi Edward Akinlade revealed his spiritual mandate to commence on 3 am to 4 am prayer session every day and converge, believers, from across the nation and Nigerians in diaspora, in intense prayer for one hour.

He also revealed how God directed him, while he was observing the one-hour prayer session, to carry on with that routine for one year, but instead, he challenged himself to continue for as long as he lives. Enjoy excerpts:

Sir, can you tell us what inspires this 3am daily service?

My actions and inactions have always been a function of spiritual instruction from God. It was God who told me in 2006 to leave the UK and come to Nigeria to start my business. It was God who told me to dedicate the first day of every year to organise praise and worship events to usher myself into the New Year. Even amidst the challenge that Suru Group has been having with AMCON for some time, it has always been God who has kept us going. So occasionally God speaks to me.

In the advent of the new mandate. God made three covenants with me;

That I will pray 3 am every morning till I die;

That I will have power to call rain to fall and to stop the rain from falling, and

That I will have the power to throw Jonah into to ocean.

It is this prophetic injunction that births Holy Tabernacle Temple (HTT) of 3am daily prayer which will be holding session at 3am every day until Jesus come.

God said once we built the church, all the prayers made inside the building shall be answered.

According to God’s ordinance, the church shall be raised in 7 nations; Lagos, Abuja, Johannesburg, Frankfort in Germany, Dubai, London, and Houston Texas.

Speaking on why the peculiar church is set up at this time, Edward said God gave seven divine mandates for the 3am church which include; To worship Jehovah, To preach the love of Jesus Christ, To preach the Messiah Jesus to 7Nations

Change Nigeria’s story and Nigerians through 3 am daily prayers

To wage war against fake pastors and

To wage war against bad leaders.

He urged Nigerians to key into the 3am fellowship to take Nigeria into the country of our dream.

Join us for our 3 am prayers: https://facebook.com/edward.akinlade

What is your view about the Tope Alabi and Yinka Alaseyori issue recently?

The criticism of Tope Alabi was divinely orchestrated by God to elevate Yinka Alaseyori, but most people don’t know how God works.

Both Tope Alabi and Yinka Alaseyori are roses from God and one does not smell better than the other, for they are both vessels in God’s hands.

I assure you that Tope Alabi will be fine and her ministry will not be tarnished in any way.

What is your message for fake pastors?

God is already dealing with them, as He is already killing the fake pastors one after the other.

God is already visiting the fake pastors in Nigeria and He’s taken them out one after the other.

He has killed Ireti Ajanaku. He told me He is the one who also killed Pastor TB Joshua. God said when a building collapsed at his church back then, TB Joshua lied to the whole world.

TB Joshua started very well. I followed him for 30 years. I left him from the day he openly lied about how people died and how he tried to conceal the details of the gory event. God took away his anointing as he did to King Saul. It was God that killed him. He had an underlining health issue and God used it to take him away.

As we speak, TB Joshua had no successive plan for Synagogue Church of the Nation. God also told me He killed Ireti Ajanaku. He was my friend. I was introduced to him by Tope Alabi. I also decided to part ways from him when I began to notice discrepancies in his dealings.

He called me to his church in Baruwa a suburb in Lagos one day and said I should give him a plot of land in Ikeja GRA. I told him all the GRA properties are on working loan. He said he helped a Lagos-based billionaire who failed to return and appreciate God through him.

So, I said he should pray away the problem of AMCON but he couldn’t. After much pressure from him, I decided to give him three big buses instead of the land. But I later found out that he was using the buses to carry girls. Now he has gone to great beyond.

Fake pastor are the reason why we are having bad leadership. God told me they are all going to hellfire. Nigeria would have been a great Nation if our men of God can speak truth to power.

Imagine if Adeboye and Oyedepo called these politicians to order, openly, what do you think will happen, when they are chastised be men of God? But because no one is questioning or cautioning them, they continue to amass needless wealth for themselves at the expense of 200 million people

These bad leaders are gathering money they don’t know who will spend it. The Lord said there are 200,000 men of God in Nigeria but only 200 are genuine. This means only 200 men are recognized in a country of over 200 million people. He added that God has vowed to start killing the fake men of God every week.