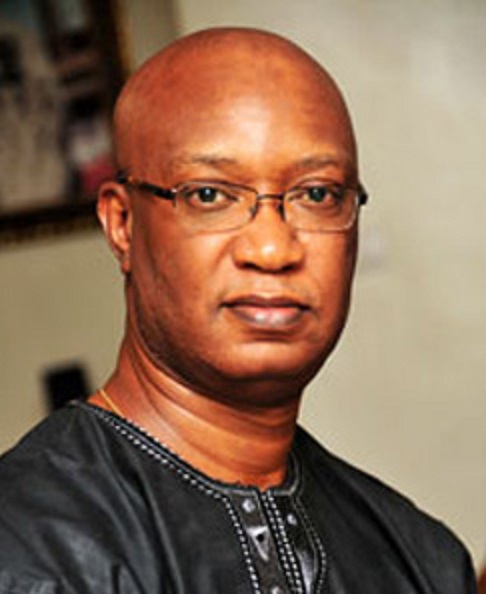 Renowned real estate expert and social crusader, Edward Akinlade has hinted on his plan to stage a one-man protest to Alausa Secretariat to agitate for the state intervention into the traffic bottleneck that seems to be undermining the daily delivery and efficiency of person by the day.

Akinlade, in his short statement where he complained of the frustrating state of Lagos road and traffic control stated that he spent more than 3 hours on the 3rd mainland bridge; a 7 minute long drive under a normal circumstance.

He wrote
“Governor Sanwo Olu – I’m taking this war to your door. I’m coming.
I’m upset today with Lagos State Governor Sanwo-Olu , why?- Lagos traffic is killing me .
I’m told today traffic has removed one day from my life span. And so I’m very upset .
So what I’m I going to do about it .
Lagos state congestion charges now – LCC
I’m starting a one man protest to end congestion in Lagos and I will protests until Lagos state government introduce a congestion charges to tax unnecessary drivers out of our roads “Monday to Friday” – this is a war that I must and will win .
I have said it time without numbers and Lagos state government remain MUTE .
So the fight start here and now. It’s a war .
My proposal is simple Check out London congestion charges and copy it for Lagos state
Charge all Lagos driver daily N1k to drive on Lagos roads Monday to Friday .
If N1k does not work increase it to N5k and even 10k .
Any violator, his car must be crunch on site .
How do you do collection. Nigerian banks will collect and log the car registration number.
Simple – oh yes
I will fight Sanwo-Olu until its implemented .
This war start now
Why all this Edward Akinlade . You will be lucked up – I don’t care .
Just watch my stress of today”

Lagos is one of the most congested cities in the world. 40 per cent of cars in Nigeria are registered in Lagos. Commuters spend at least three hours in traffic each day. Traffic congestion leads to many problems for the residents of Lagos. For example, the fatal accident rate in Lagos is 28 per 100,000 people. This is three times greater than in most European cities. Also, air pollution is over 5 times greater than the recommended limit