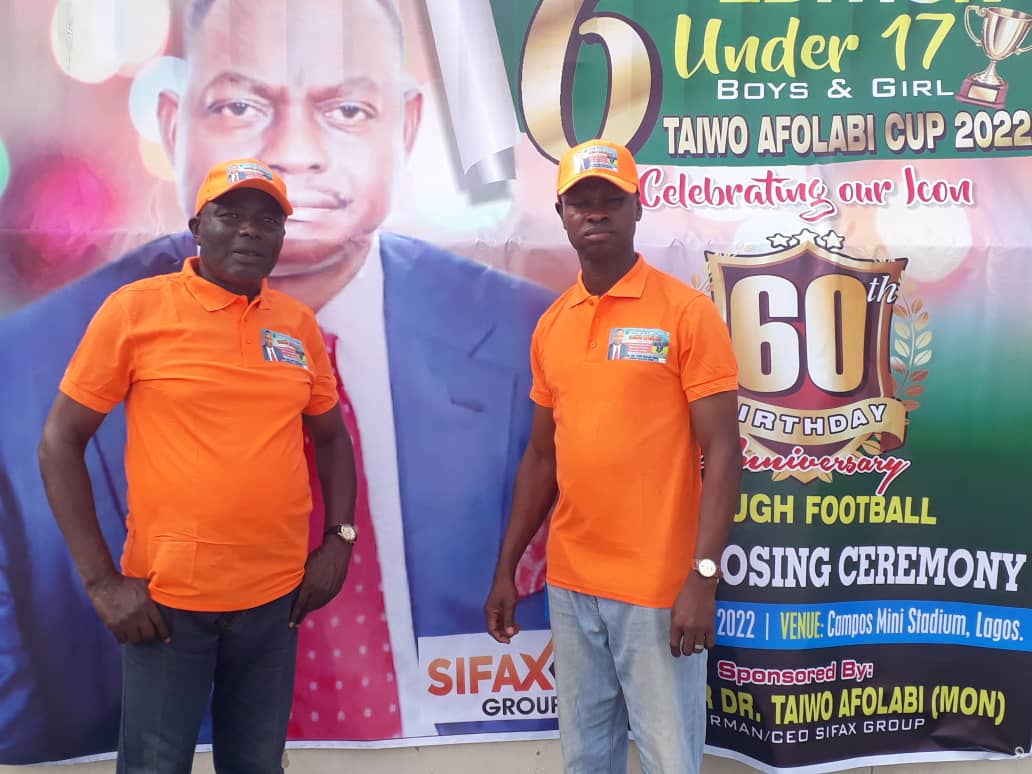 The stadium was filled to the brim by football fans who stormed there to support their teams. The soccer competition has, in the past has produced several soccer stars who are playing for different big teams both in Nigeria and abroad. Dr. Taiwo Afolabi is the Chairman/MD of Sifax Group and Marriot Hotels.