TB Joshua’s spirit visited me after he died – Jaiye Kuti 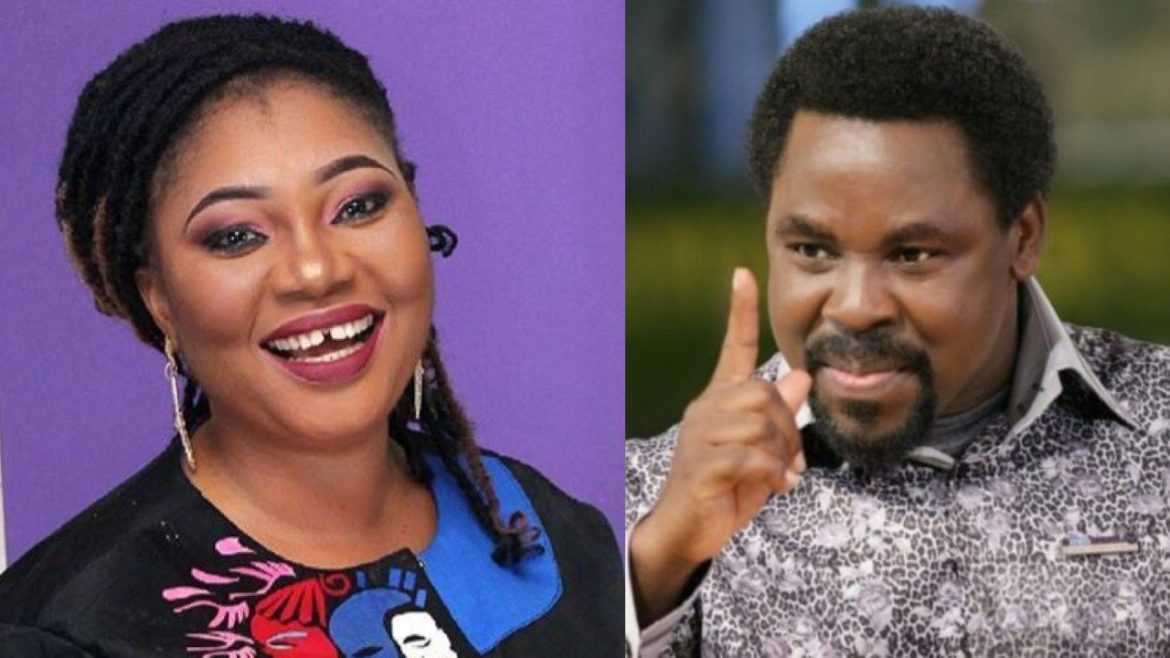 Nigerian actress, Jaiye Kuti has claimed that the late founder of the Synagogue Church of All Nations (SCOAN), Temitope Balogun Joshua appeared to her in spirit shortly after he passed away.

Kuti, who narrated her encounter on her Instagram page, claimed she had never seen the Nigerian televangelist.

According to her, the cleric’s spirit visited her at home in Offa, Kwara State, the same night he died.

She claimed that her head was swollen and she saw a gentle pass of him, praying that God rests his soul in peace.

Alongside a picture of TB Joshua, she wrote, “I have never met you one on one but your spirit visited me when you died. I was in Offa alone in my room. My head was swollen and I saw a gentle pass of Him. There was something good about that soul.

”Christ was poor but feeding the people and taking care of everyone. You did the same to many. I know 2 people who truly gave their lives to Christ through Him. May the Good Lord rest your soul in peace. Pastor T.B. Joshua.” She added.

Meanwhile, late Temitope Joshua’s family on Monday said the deceased will be buried on July 9, 2021, at his church in Lagos.