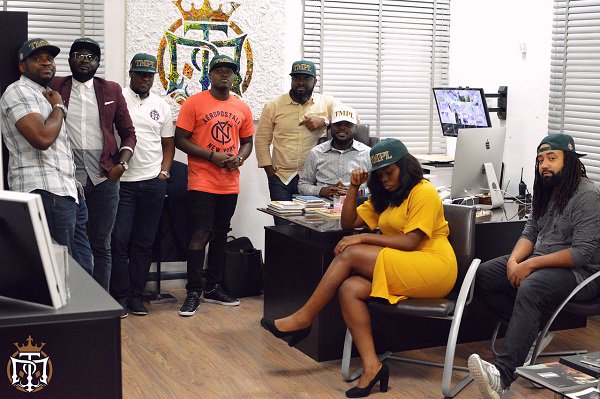 TMC, in an announcement made on Friday, also disclosed that it has gone into a partnership arrangement with Roc Nation as a global distributor of Temple Music.

“This is a game changer and only validates all that we stand for. Africa to the world,” said a press statement by the company.

“The pioneers of Temple Music have come together and cooked up something that the world is not ready for. “Water and Fire”- their first single which is produced by Tee- Y Mix.

“This single is just the beginning of a new vibe in the industry and we are super excited about it.”

The first project of Temple Music is ‘Lokoja’ the debut album of Jeff Akoh, which will be launched on October 27.

Tee-Y mix, Team Salut, Cobhams Asuquo, DJ Coublon are among the producers who worked on ‘Lokoja’.

Bisola, first runner-up of Big Brother Naija, who is as good a singer as she’s an actor, is expected to release her debut album in 2018.

Idris Olorunnimbe, chief executive of Temple, described the launch of the label and partnership with Roc Nation as a major milestone for a Nigerian company.

He said: “With the launch of Temple Music, we are now positioned as a uniquely Pan-African label. We will coordinate releases to synchronise in unison from Lagos to Lesotho and from Nairobi to Niamey.”

Veteran producer Tee-Y Mix has been saddled with the responsibility of developing talents on the label and providing them with direction and production.

Just In: Wizkid Is Getting Married In...