THE CHRONICLE XRAY OF PRIMATE AYODELE 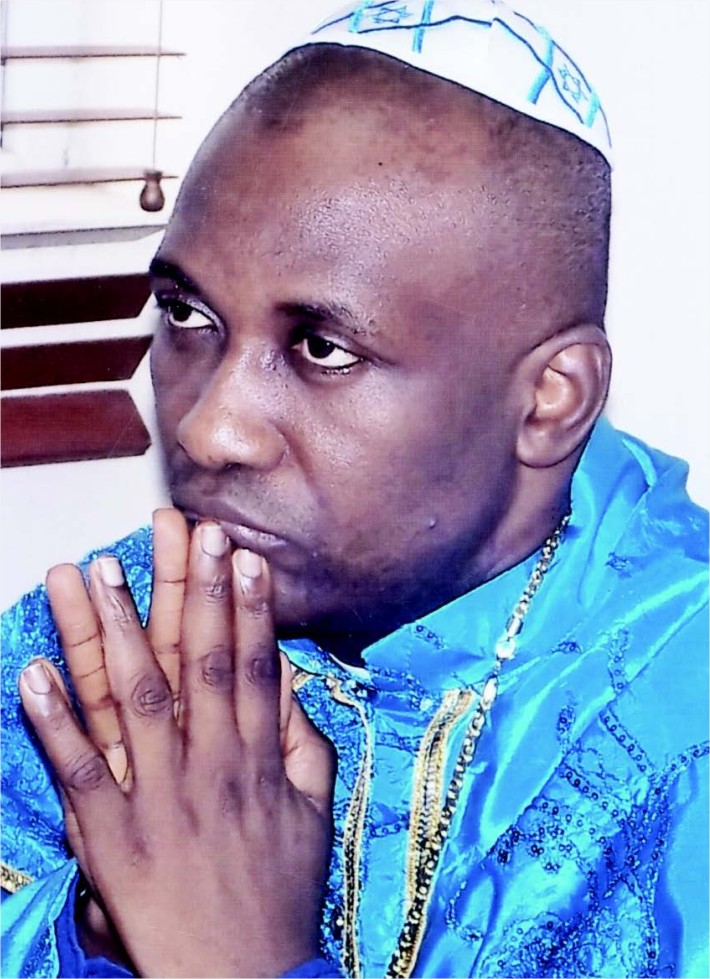 *Why He Is Nigeria’s Most Prolific Prophet

In Nigeria today, there are prophets and there are prophets, but some prophets are clearly bigger than others. If you wish to dispassionately evaluate Christendom critically, you will find that the one man of God that has been consistent as a prophet, churning out one big prophecy after another despite all the criticisms, is the spiritual founder and leader of INRI Evangelical Spiritual Church, Primate Elijah Ayodele.  Without meaning to blow his trumpet, Primate Ayodele remains the only man of God who prophesied Rishi’s emergence. In recent times, Ayodele appears to have even gotten better and stronger on his prophetical prowess. From the very start, he had said that Rishi Sunak, the new UK Prime Minister, was the person God had ordained to be the British Prime Minister and at a much later time he came out boldly to say that this prophecy could change if Rishi did not strategise and plan well. In the same vein, he had warned very clearly that the former prime minister, Liz Truss would not last and it came to pass as he prophesied.

As for the ongoing Wike saga, Ayodele had long declared, and backed by prophetical authority, that Wike would not realize his ambition to become president. What has also amazed me and many others is the fact that Ayodele had categorically said that three governors will fight Atiku and we have already seen all of these come to pass.

The very enigmatic and sometimes brutally honest man of God who says things exactly the way it is no matter whose ox is gored has also said that as for the 2023 election, he will declare and reveal to Nigerians whoever God has chosen but warned that God does not support a Muslim-Muslim ticket. Ayodele has been one o the foremost prophets condemning this ticket. In his anger, he blasted the CAN president over his support for the Muslim-Muslim ticket and insisted that it’s not divine and that CAN has become a political tool. According to the highly respected prophet, he has nothing against Muslims, he is a man known to embrace both Muslims and Christians in his church, but he feels it is unfair and an injustice done against the Christians and that this will have consequences. This is why he has been very critical of the CAN president for not standing on the side of truth. Primate Ayodele has made it clear that he is not fighting Tinubu but that this M-M ticket downgrades the spiritual recognition of Christians. He condemns men of God such as Adeboye and Oyedepo for not speaking out but are instead acting like puppets. He insists he will not compromise on what the Lord says.

He warns that the present government will not do any of the three things they promised to address, such as the economy, insecurity and of course the issue of petrol, kerosene and gas will be something else. He is the only man of God who has been so focused on his prophetical works and not given to the frivolities that other men of God have been associated with. For instance, you will not see Primate Ayodele at gatherings, especially political gatherings where thousands of men of God now scramble to attend.

Primate Ayodele has pleaded that we should all pray against the death of a sitting African president and a former president. Lately, Ayodele has been winning the hearts of so many, from the common man to top African leaders, advising them on what to do as they are faced with different situations. Recall that he has warned Africa’s richest man, Aliko Dangote, advising him to be very careful so that he will not begin to have problems. The man of God had also warned that this government would not be able to handle the issue security, the issue of energy and power and he still insists the government is incapable of handling these problems because he was the only prophet who warned everyone in 2015 that if Buhari wins the election for a second term then the country should be ready to face very tough days ahead. And we can all see all what is happening in terms of security, in terms of infrastructure, in terms of power

Ayodele also warned that Joe Biden will not get a second term, and more importantly, if care is not taken, the Democrats will not win the coming elections. Presently, Ayodele’s focus is on the governor of Florida. Many will still remember that it was this same remarkable prophet of God who said Ruto will beat Odinga to become the president of Kenya. And just like a prepared script, everything played out just as Ayodele had foretold.

For those waiting for his 2023 prophecies, Ayodele will release it by December 2022. It has become a trademark of Prophet Ayodele to always be the first to make his prophetic declaration on issues long before other prophets begin to talk about them. In other words, other prophets wait to hear from Primate Ayodele first before they comment on issues. Ayodele is an administrator, he is a leader. He does not belong to CAN, PFN or any united Aladura. He stands alone and has thousands of followers both internationally and locally who have absolute conviction in him as a true vessel whom God is using to do great things. A branch of his church was just opened in the UK. Ayodele is not a flambuoyant prophet. He is simple, humble and very accessible. His church is not the Celestial Church of Christ or Cherubim and Seraphim, but a unique white garment church of note where they have English services where members wear their regular house clothes. They also have four services that run regularly with massive crowds. The spiritual leader and founder of INRI Evangelical Spiritual Church makes it a point of duty to feed the widows, the orphans and the vulnerable children nearly every month. He has invested in the lives of youths not less than a hundred thousand. He is the first prophet to start stomach gospel infrastructure and he said that it is biblical, saying the bible said we should look after the widows and the orphans. Ask anyone resident in Oke- Afa, Ejigbo, and they will tell you how Primate Ayodele has transformed the place into a popular area because of the caliber of people trooping into the neighbourhood to meet with him. That entire axis has become a spiritual landmark. It is also worth noting that Ayodele is not biased when it comes to religion, both Christians and Muslims worship in his church.

And as for African countries like the Democratic Republic of Congo, the election that is coming up this December, the current sitting president will win, but it is likely for him not to finish his term. For Chad, the government will have a taste of serious protests. They will fight the government and will be determined to terminate their stay in office. They want to truncate the transition programme of the government. Mali will be faced with series of opposition. The present government will be facing external aggression and this is why the Malian government must wake up. The AU must intercede. For Sudan, there will be a serious ethnic crisis that will create another serious security threat and this will begin to affect the government because people will start to rise against the present government and if care is not taken, there could be a coup plot. They must be very careful about this because more crisis and conflicts are lurking around the country. The people will begin to fight the junta in the country because they don’t want them again. Coup and political crisis are still imminent in Africa. We must also pray for the African economy because it will be unstable. America’s economy will also be unstable. And for the perennial flood, it is God’s anger and aggression.

The lives of people like Abdulsalam., Gowon, and OBJ, need prayers. We should pray for them. Likewise, Dangote company needs prayers. BUA will rise, but it also needs prayers and must be watchful so it will not have a major crisis. Google management will change and take a major decision that will run them into debt and go to court. Russia is still planning to attack another country. There will be a mutiny in the Russian army so Putin must be careful so that they will not use his army against him.

CityPeople Set To Honour Dr. Remi Awode As Businessman Of The Year