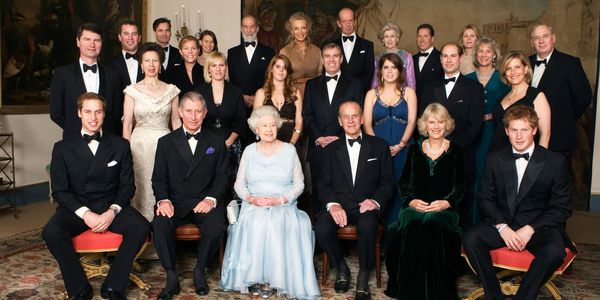 The nicknames the royal family have for each other has been revealed and while some of them are funny, some are quite harsh and pokes fun at the family member given the nickname.

Below are some members of the royal family and their nicknames.

Prince William’s nickname is ‘Baldy’, given to him by his wife Kate Middleton.

As the Duke and Duchess formally opened the V&A museum in Dundee, it was revealed Kate’s nickname for Wills came about as a ‘sharp retort’ when he kept complaining about her flowing locks.

It’s not the first time Kate has given William a cheeky new name.

During their time at University when they first started dating, she used to call him ‘Big Willy’.

Kate Middleton is called ‘Duchess of Do-Little’ or ‘DoD’ for short as given to her by husband, Prince William.

The nickname came about from an event that happened before they got married.

Although Kate is now a busy mum-of-three and working royal, before she married Prince William, she is said to have been criticised by the Queen for not having a full-time job.

The Queen has been called ‘Lilibet’ for much of her life but some years ago, it was claimed that her husband Prince Philip endearingly referred to her as ‘Sausage’.

She is supposedly called ‘Mama’ by many Royals – including the Duchess of Cambridge. Prince George refers to her as ‘Gan Gan’, but Prince William used to call her ‘Gary’.

As a child, Prince William struggled with the word ‘granny’ so ‘Gary’ became the best alternative he could manage.

When the young prince fell over at Buckingham Palace and called for Gary, sparking some confusion, the Queen is said to have stepped in and said: ‘I’m Gary.’

Prince Harry is believed to have secretly had a Facebook account where he avoided the public eye by using the name ‘Spike Wells’. He chose the name as he was reportedly called ‘Spike’ when he was younger.

He was also given the nickname ‘Hazza’ by his new wife’s friends. But he isn’t so keen on the name.

Last week Prince George surprised a dog walker he met in Berkshire by telling her his name was Archie.

The woman, who did not want to be named, said:

I was asked by a police minder not to take a photo of the children, which I didn’t, but George started stroking my dog.

Just to be friendly I engaged in a bit of small talk and I asked George what his name was, even though obviously I knew it.

To my astonishment he said ‘I’m called Archie’ with a big smile on his face.

I don’t know why he calls himself Archie but kids often play with their names and I think it’s lovely.

The Duchess of Sussex may be new to the Royal Family, but she’s already been given a nickname by her father-in-law.

He gave her the name because the Duchess is ‘tough and unbending’.

Prince Philip was born in Corfu, Greece, and has been called Phil the Greek, Zorba and Stavros at different times in his life.

Prince Charles and second wife Camilla secretly called themselves ‘Fred and Gladys’ during their long affair while Charles was married to Diana.

Prince Charles’ wife, Camilla is referred to by the young royals as Ga-Ga.