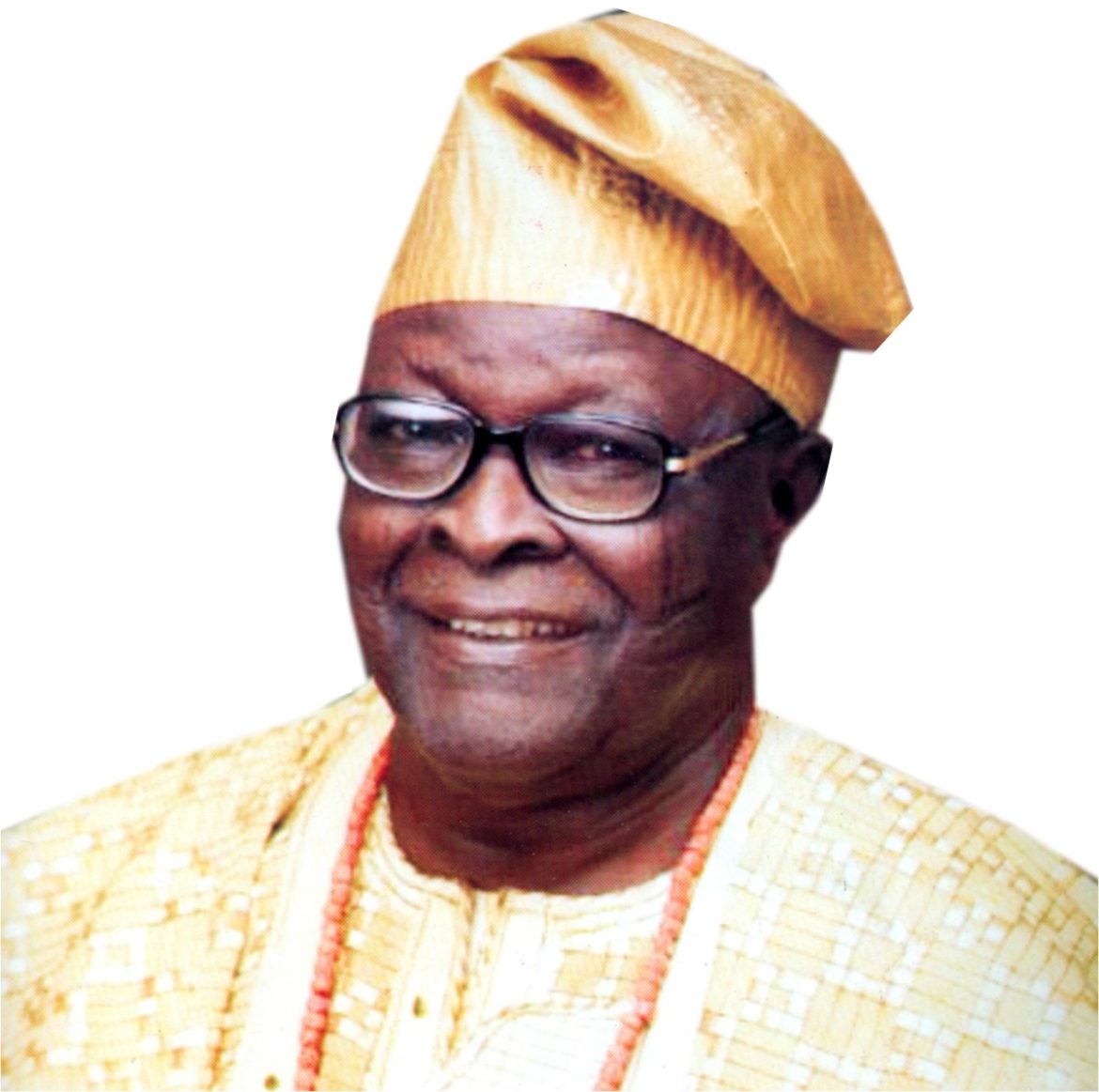 Chief Adediran Alabi was born on 5th February 1934 to Pa Ishola Adebowale Alabi and Madam Sarah Adejoke Alabi at Ajiwogbo in Egbeda Local Government Area, Ibadan. Daddy did not start school until June 1946 when he was twelve years old. In 1941, when his father wanted him to start school, he refused because he did not want to be flogged like school pupils in those days. His father who did not take kindly to this decision to send his elder cousin to school in 1945. Seeing that his cousin was attending school without a problem, daddy was then eager to go to school. This could not materialize until June 1946 his mother took permission from his father to send him to school at her expense. Barely two months after schooling, his father died, on 3rd August 1946. Through thick and thin and with faith in God, his mother educated him up to secondary school 1evel.

After leaving Ogbomoso Grammar School, he was appointed Public Health Inspector-in-training and later joined the staff of Anglican Secondary Modem School Gbongan as a Mathematics Teacher. Not satisfied with teaching work, daddy was employed in September 1960 by the now-defunct Co-operative Union of Western Nigeria Limited as a Co-operative Auditor-in-training. After qualifying as a Co-operative auditor from Co-operative College, Ibadan now known as Federal Co-operative College in June 1961, daddy was posted to Benin and later to lIe-Ife. After serving the union for eight years he was appointed as the manager of Ibadan Co-operative produce marketing union limited which was then at the brink of collapse. Having accepted the challenge, he worked very hard and within five years the Union was brought back to its former glory as one of the best and well managed Co-operative Marketing Unions in Western Nigeria. He was in the union until August 31st, 1980 when he voluntarily resigned his appointment. Following his performance at the union, Chief Alabi was appointed as a Lines Manager and later District Manager of Co-operative Supply Association Limited Yaba, in October 1980. Following a re-organization in the association in 1985 daddy was moved from Commerce Department to head the Audit Department because of his background as a trained Co-operative Auditor. He finally retired in 1987 as a Chief Internal Auditor on 5th April 1987. Between 1981 and 1985, he served as the District Manager, Ile-Ife, Ibadan and Abeokuta.

During his career Chief Diran Alabi was trained locally and internationally. In 1970 he was sent to International Co-operative College Dresden in Germany for a Diploma Course in Co-operative Management with special bias Agricultural marketing. Again, he was among 35 Nigerian students who underwent training in Diploma Course ill Co-operative Management and training methodology for Co-operative Staff in 1979 at the International centre for Advanced Technical and Vocational Training in Turin (Torino) Italy under the auspices of the Federal Government, European Economic Community and International Labour Organization and tween 1970 and 1982. Daddy was in Germany, Italy, Prague, Geneva, Belgium, United Kingdom, Bulgaria, Libya, Egypt and Sudan in connection with his Co-operative duties. He as also in Dublin, Ireland Amsterdam in 2007, United Kingdom 2009 and Canada in 2016.

(6) Director of the Board of SKG Pharma, Ltd an Associated Company of Odu’a Insurance Limited.lbadan.

Chief Adediran Alabi was a huge family man. He IS Survived by Wife, Children, Children-in-Law