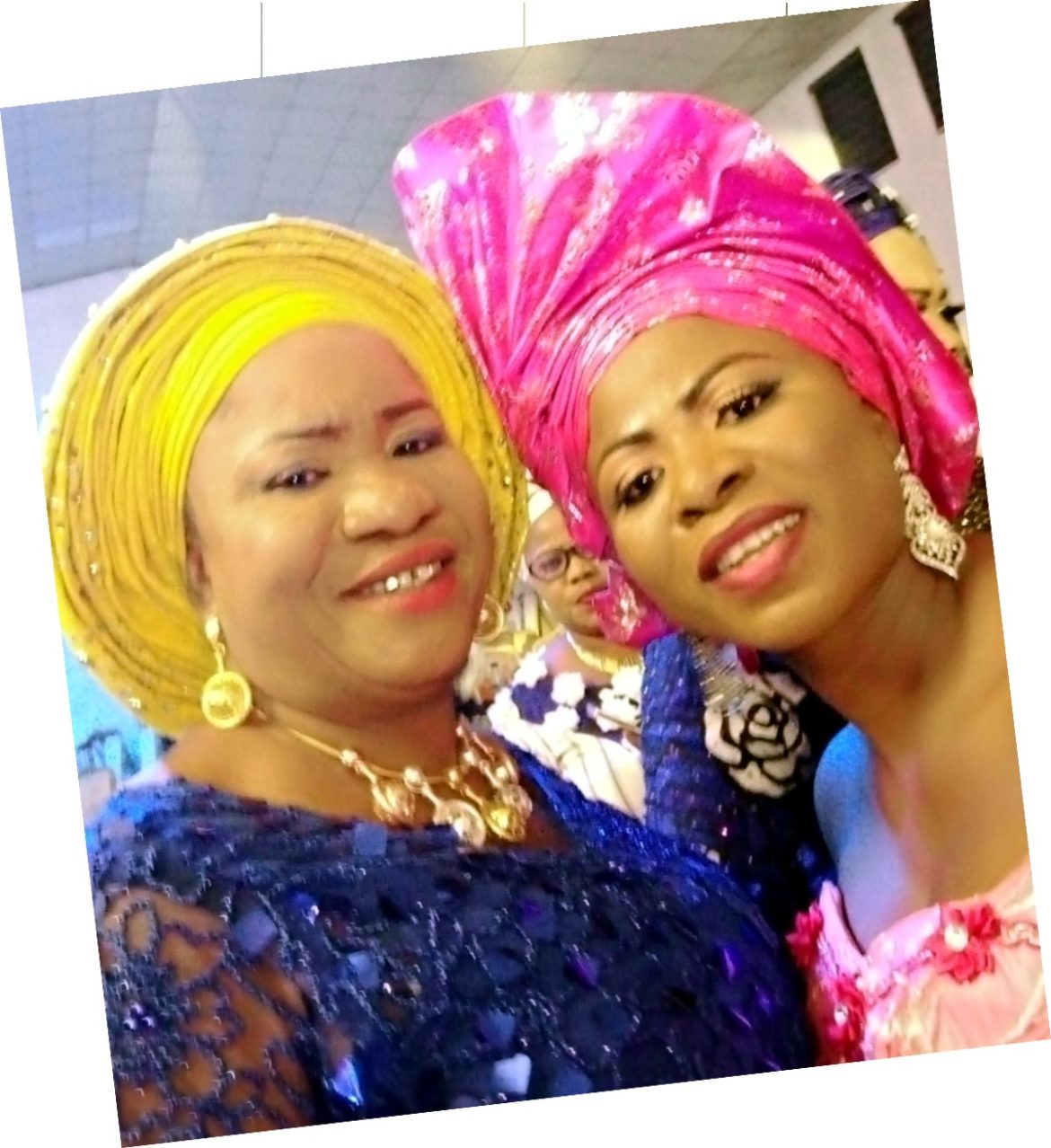 Alhaja (Chief) Suwebat Bolanle Aliu is one of the pretty wives of a famous and veteran actor, Chief Jimoh Aliu (MFR), fondly called Aworo. She is the Ekiti State Commander of Vigilance Group of Nigeria. Recently, she accompanied her husband to City People organised Ondo State TAMPAN Awards  Day and she spoke with ADEOLA SHITTU on her life and 20 years of marriage. She is the Yeye Amuludun Of Idanreland.

For the benefit of our readers, can you tell us briefly about yourself?

Thank you very much. I am Alhaja Suwebat Bolanle Aliu, a wife of the famous actor, Alhaji Jimoh Aliu. I am in my 50’s and  an indigene of Kwara State. I attended primary school, and for my secondary education, I went to Ilorin Grammer School, Ilorin, Kwara state. I proceeded to Ilorin Polytechnic for my OND and HND. I am the Ekiti State Commander of VigilanceGroup of Nigeria and I also run a wine business.

What inspired you to go into acting?

That’s a long story, but I will make it brief. I loved acting, while I was young, but one thing I love about acting is that it’s an avenue to preach love and make people turn from their bad deeds to good things and for those doing a good thing to continue because there is a reward for everything that we do. And you will also agree with me that through acting, our some people are now desisting from wrongdoings. Watching a man like Jimoh Aliu either on stage or in films, you would love acting. So, I will say I joined acting because it helps to correct wrongdoings and encourage good norms in our society.

Do you act in movies?

Yes, I do act, only that I feature only in my husband’s movies.

What year did you join acting?

I joined Baba Jimoh Aliu International Theater Group over 20 years ago and I have featured in many movies.

You are married to an actor, what attracted you to him and what was your parents’ reaction to your decision?

Hmmm! If I have to write a book on what attracted me to my husband, it would be an unending story with lots of series. But in short, I will say his honesty and straight forward attitude attracted him to me. Looking at him from a distance, you wouldn’t know who he is until you move closer to him. He does not deceive people. He hates lies. He moves towards the direction he is going and to crown it all, baba is so caring and loving. On my parents’ reaction to my marriage decision at first, they kicked against it, saying that I can’t marry an elderly person because I met him when he was in his 60s. He is far older than me, but I resisted and followed my mind because of what I saw in him. My parents didn’t see his honesty and the respectful nature that induced me to marry him and I thank God I have had no regret doing so.

Aside honesty, will you say his acting skills attracted him to you?

It’s an individual thing, you see. His acting skills might attract others to him, but in my case, I will say his activeness and the fact that he is a  strong man when I say a strong man, you understand what I mean. Despite his age, don’t forget I married him in his 60’s and yet he is still active (laughing).

What is the secret of your marriage?

My marriage is over 20 years and I will say it has been the grace of God right from the outset. Despite the fact that I’m not the only wife to him, I will say I am blessed to be one of his wives. He is very understanding, accommodating and a supportive husband. So, I will say grace and the love of God have sustained my marriage to Baba Jimoh Aliu.

Was there any time you felt like quitting the marriage?

Quit marriage ke?  No oooo. I never thought of it despite the challenges that come with a polygamous home. The only challenge is that he has many wives and coping is not easy, but I thank God we are not suffering.

How cordial is your relationship with other wives and children?

I will say the home of Baba is the best example of a good polygamous home because you can’t see us fighting one another. All we do is to understand oneself and other things will follow. We love one another, we wear same attire, same shoes and bags, in short, we do things in common. The same thing is applicable to our children, they are very united.

Aside acting what other things do you do?

Like I said, I’m the Ekiti State Commander of Vigilance Group of Nigeria and at the same time, I run a wine business and I also supply wines to hotels in and outside Ado Ekiti.

Monday to Friday I’m at work while at weekends if I’m not in the shop, I will be home with my family, but I relax more when I watch movies.