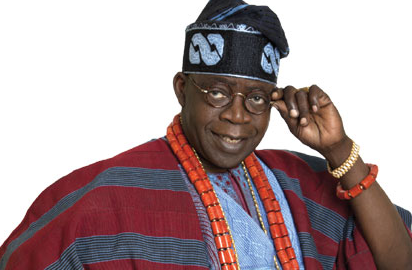 For the 68 years old, Ex-Governor of Lagos and APC national leader, Asiwaju Bola Ahmed Tinubu, life has been more than fair to him.. Love or hate him, this man has successfully positioned himself in a prime spot in the social, economic and political history of this great country. His impact and contributions to the country are indelible. It, is, therefore, no gainsaying to describe Asiwaju as one of the most courageous Nigerians that ever liveth. He has proved himself so many times and in so many ways, he does not seem to have anything to prove to anyone anymore. Ask people who this man is and answers will vary. Oh, Asiwaju is generous. He is courageous, humane, brave, consistent, compassionate are likely responses you will get. Many others, however, do not have pleasant things to say about him though but almost everyone agrees he is a phenomenon. This is why he has been able to build a large army of followership who are fanatical about his leadership style. What probably is most intruding is the fact that his followership cut across social, economic, religious and ethnic stratifications. He is just a man of the people.

The name Jagaban has gained prominence among his followers and even fellow political allies. And when you look at Chief Bola Ahmed Tinubu closely, his achievement in the political sphere in Nigeria, his charisma and the influence he wields today, the name truly fits him. The meaning of ‘Jagaban’ in many contexts can be defined as the ‘Boss of Bosses’. It can also mean someone who is in charge, someone who is powerful and has influence in the streets, an area or in the industry.

But one thing is sure, the name always carries a fearful meaning and anyone referred to Jagaban is meant to be feared or respected. But the name did not just pop out of nowhere among the men of the underworld or those who yield some level of power in their area. As stated above, Tinubu is popularly referred to as Jagaban as someone who has wield enormous influence. Since the name was given to him because of his influence, fame and also playing a key role in the unseating of an incumbent president by an opposition party as the leader of the party, many people have picked up the name and started using it, especially in the streets.

The name Jagaban is attributed to strong people, people with influence and power, and people who can get things done. And the popular Jagaban associated with the streets or other people other than Tinubu was coined from Tinubu’s chieftaincy title.

You probably have heard of the word ‘Jagaban’ or must have heard someone being referred to as Jagaban. Are you wondering or asking yourself what is the meaning of ‘Jagaban’? You have come to the right place.

HOW ASIWAJU TINUBU GOT HIS TITLE JAGABAN BORGU

The word ‘Jagaban’ means ‘leader of warriors’. It was formed from the chieftaincy title bestowed on Tinubu in a town in Northwest Nigeria: “Ja a gabar borgu” which means “the leader of Borgu land or in the Yoruba Language the asiwaju of Borgu land” When you mention the word ‘Jagaban’ in Nigeria especially if you are in Lagos State, one of the two things that come to mind is the name of the former governor of Lagos State, Chief Bola Ahmed Tinubu. He is popularly referred to by his fans or followers as Jagaban. But not many of the people who know him or refer to him as Jagaban are aware that the name Jagaban is a chieftaincy title bestowed upon him by the late Emir of Borgu, His Royal Highness, Alhaji Haliru Dantoro III. As explained by the late emir, Jagaban means the ‘Leaders of Warriors.’

On naming Tinubu as the Jagaban of the Borgu Kingdom in Niger State, the late Emir had this to say: “When God made me the Emir, I said this man was there when I was in dire need of help so why can’t I use my position to make him what I feel will help him in future politically. That was why I honoured him with the title of ‘Jagaban.’ Jagaban means ‘Leader of Warriors.”

The Emir of Borgu in Niger State, Hrh Alh. (Senator) Haliru Dantoro Kitoro III [Mai Borgu] has revealed why in 2006, he named National Leader of the All Progressives Congress(APC), Senator (Asiwaju) Bola Tinubu Jagaban of Borgu. On 26th February 2006 the first-class emir turbanned Tinubu and his wife Senator Remi Tinubu with the titles of Jagaba of Borgu and Yun Bana Jagaban of Borgu respectively. In this excerpted speech published by this medium sometimes ago, the emir at the turbanning ceremony talks about his 24-year friendship with the Jagaba Borgu, and why he bestowed on him this prestigious title….

“It was in the days of the ill-fated 3rd Republic, in the fateful year of 1992 that my path first crossed that of His Excellency Senator Bola Ahmed Tinubu. We were both elected into the Senate of the Federal Republic of Nigeria, he as an SDP Senator and I on the platform of the NRC. In the early days of the National Assembly of that still-born Republic, out of the dynamic social turbulence and constantly shifting political quicksand certain strong bonds of understanding, collaboration and partnership were forged between various leaders across the political divide.

In particular, I and Senator Bola Ahmed Tinubu, though from opposing sides of the political divide, gradually discovered that our positions on issues of burning national importance increasingly propelled both of us and few other like-minded patriots in the same political direction. Naturally, therefore, at the inter-personal level, we both easily gravitated towards each other. Little were we to know that difficult and dangerous times lay ahead for the entire nation.

In November 1993 all democratic institutions across the country including the National Assembly were dissolved by the Gen. Sani Abacha regime and the country was returned to Military rule. It is on record that the first challenge to this unconstitutional take over was mounted via a Press Conference which followed a closed-door meeting of about 35 Senators including myself, Senator Chuba Okadigbo, Senator Abu Ibrahim and of course Senator Bola Ahmed Tinubu. There is hardly any point describing the security situation as at then, but suffice it to say that we were all hounded with incessant threats, arrests and incarcerations. Eventually, the struggle assumed darker dimensions and various pro-democracy proponents had to go underground. It was in the course of these struggles that I came face to face with the inner core of the essential character of Senator Bola Ahmed Tinubu. I discovered that he is one personality that can neither be bought nor distracted. He has absolutely no sense of materialism and has been known to risk his life and the lives of his dear ones in defense of the truth. He personifies the superior logic of having elected instead of selected leaders. Needless to say, he is a die-hard workaholic.

Help! I Don’t Love The Guy That Truly Loves Me