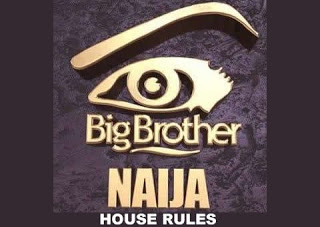 ThinTallTony (TTT) has retained his head of house title in the on-going Big Brother (#BBNaija) reality TV series for second time in a row, after winning Monday’s task by picking the golden egg.

Just off his regime last week, Thin tall Tony has once again won the head of house challenge.

It was a game where housemates had to find a golden egg and break the ones that weren’t golden on their heads.

After a few rounds of breaking eggs on their heads TTT found the golden one and as such became the head of house once again.

As there is no eviction this week the advantages of swap and replace or immunity are not to be utilised.

TTT had escaped nominations after he won the title during last Monday’s task of bursting balloons.

Nigerians who have been waiting for an opportunity to vote the housemate out are quite disappointed as he seems determined to win more tasks and remain in the house.

TTT had come under serious criticism for denying his family when Bisola one of the housemates he is romantically involved with inquired about his marital status.

His response “I am single by God’s grace’’ did not go down well among most viewers who felt that nothing is worth denying one’s family for.

The head of house provided immunity from being nominated for eviction from the show.

Meanwhile, there will be no eviction next Sunday as announced by the host of the show Ebuka Obi –Uchendu on Sunday.

This comes after the eviction and disqualification two housemates from the #BBNaija house.

Kemen was disqualified on grounds of sexual misconduct while Uriel was evicted for having the second lowest votes after Kemen.

The winner of the reality show will leave the house with N25 million and a brand new Kia Sorento.