Home News This lady gets engaged to herself, certain Mr Right will come later
News

This lady gets engaged to herself, certain Mr Right will come later 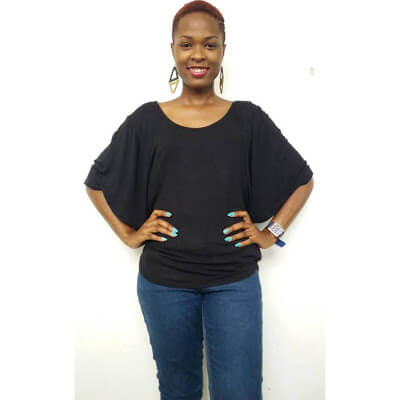 This South African woman isn’t waiting for a partner to get engaged and has decided to propose to herself by herself.
Ntandokazi KaRobert, shared photos of her hand with an engagement ring on the middle finger. She was, however, quick to make it known that she bought the ring by herself while hoping to find a husband later.
Her action is in line with the “dream it, believe it, achieve it” quote. She further disclosed that she is taking the dreaming further by looking for schools for her future kids. Weird, isn’t? 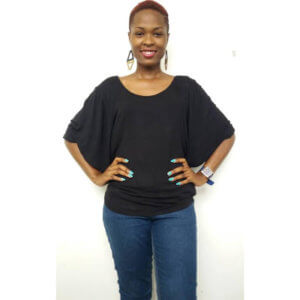 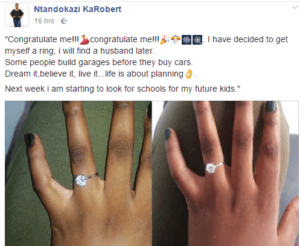 This lady gets engaged to herself, certain Mr Right will come later was last modified: May 3rd, 2017 by Reporter

This is not a movie! Banky W and Adesua Etomi are getting married!

Why I Lost the US Election – Hillary Clinton