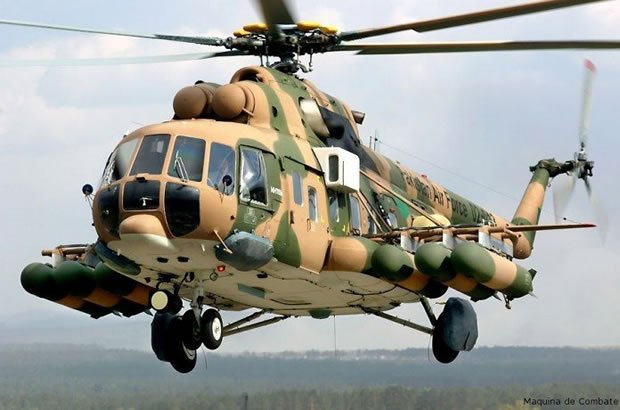 Ghanaians have been left in serious shock following the mysterious disappearance of three helicopters bought at a whopping $150 million.

Although government has paid $150m for three helicopters for Ghana Gas Company, the whereabouts of the choppers remains a mystery, the Public Interest and Accountability Committee (PIAC) has revealed, according to a report by MyJoy.
The report further stated that it is still not known whether the helicopters have been delivered or missing.
“I have asked about the helicopters but there are no answers forth coming” Dr Steve Manteaw who is a member of the committee said Adom FM’s Morning Show, ‘Dwaso Nsem’ Tuesday.
However, the management of Ghana Gas at Atuabo in the Western region expressed surprise about the purchase of the gas project especially as there is no helipad there.
The PIAC revelation was corroborated by the Monitoring and Evaluation Minister, Dr Anthony Akoto Osei.
He said four out of seven helicopters purchased for the project have also broken down. The seven choppers also bought for $100million, a cost which the minister said were over-priced.
Akoto Osei said the helicopters could have been bought for $8m , not $25 million.
“The four (4) could have just cost the nation $ 32 million and not $ 100 million, go to the Americas and we would get them for less instead of purchase them at that expensive cost from China” he fumed.
Explaining how the helicopters were procured, Dr Anthony Akoto Osei said Ghana acquired a loan from the Chinese Development Bank. The four have broken down under two years after they were commissioned by President John Mahama in September 2015. Additional loan facility, he said was sought from China to purchase the other three (3) helicopters for the project.
And these helicopters, Dr Steve Manteaw said cannot be traced and hence urged that persons who were mandated to ensure its procurement ought to be brought to book. Cost of Ghana Gas Project and payment of taxes
Dr Steve Manteaw said the actual cost of the Ghana gas project which started in 2012 is unknown after $850m was initially earmarked for the project.
Monitoring and Evaluation Minister Dr Anthony Akoto-Osei said the loan application was not presented to Parliament despite opposition from the Minority in parliament.
With a change in government, the minister said the new government can now hold its predecessor to greater accountability. He vowed to get the former Energy Minister to appear before Parliament and answer questions about the project.
“Fortunately, the main characters in the Ghana Gas Project are still around and we can call them to come and clarify issues for us…I will demand in Parliament that they come and clarify issues on the award of contracts and others” he added.
At the start of the project, Dr Manteaw said he went to the offices of the Ghana Revenue Authority (GRA) in search of tax file of the projector executors Sinopec. But the documents couldn’t be traced either in Accra or the Western Region.
Research, he said showed that the company was given tax concession by Ghana Gas; an action which was against the Constitution as Parliament is the only body that can waive tax for foreign companies.
Interestingly, it was in 2016 that the Finance ministry brought the tax file demanding that Sinopec should be exempted from tax.
Dr Manteaw said it had to take diligence on his part to get GHC15m in taxes retrieved from Sinopec Gas Company.
Three Helicopters Bought by Ghana at a Whopping $150m Mysteriously Disappears was last modified: May 23rd, 2017 by Arinze Ago