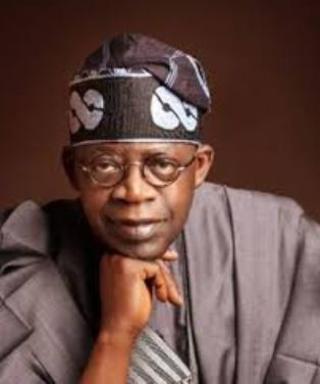 The All Progressives Congress, APC, has reacted to the claim by Senate President that its National Leader, Ahmed Bola Tinubu, was supporting President Muhammadu Buhari in order to takeover from him in 2023.

The Senate President had on Monday said Tinubu was backing President Buhari’s re-election with the hope of succeeding the President in 2023.

Saraki claimed also that the former Lagos State Governor told him he would support Buhari even if he was on a stretcher.

The former Kwara Governor spoke in reaction to a statement on Sunday by Tinubu, alleging that he left the ruling party because of his presidential ambition and selfish quest for power.

Speaking with Punch, the acting National Publicity Secretary of the All Progressives Congress, Yekini Nabena, indicated that it was premature to talk about 2023 presidency.

He also said that Tinubu’s presidential ambition had not been communicated to the party.

Nabena said, “This (Tinubu’s ambition) has not been communicated to the party, so I cannot comment on it.

Tinubu’s presidential ambition had not been communicated to the party – APC was last modified: August 22nd, 2018 by Reporter