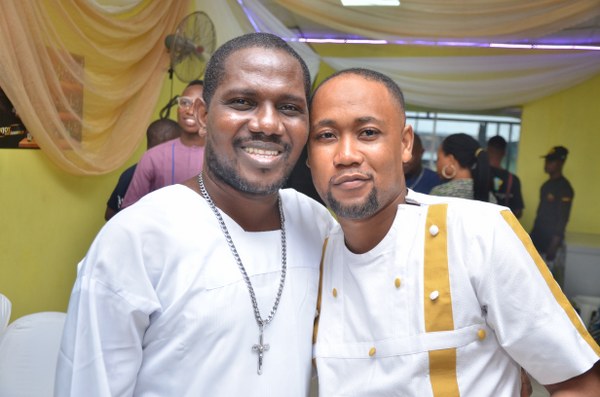 Saturday 24th of September, 2021 was indeed a remarkable day as lovers of gospel music defied the heavy downpour to participate at this year’s annual Unlimited Praise Concert held at Dee Venos Lounge and Event Centre in Alagbado area of Lagos.

This was the 3rd season of the annual gospel Music Concert organised by gospel artist, Evangelist Olutobiloba Joshua popularly called Tobi Jesu. It seeks to praise and celebrate God the most high for faithfulness in the life of every one over the years.

This he was able to achieve as he invited a number of gospel musicians to join him in the concert.

It was a night of fun and spiritual uplightment ,as guests were thrilled by the top notch performance displayed at the concert. A number of them told Citypeople they are already looking forward to the next edition of the concert next year stating that Tobi Jesu won’t relent in giving them the best of concerts.

Speaking to Citypeople, Tobi Jesu said he got a divine revelation to organise the show and ever since he had started hosting the concert, he had never regretted being the host at any point in time.

He went further to talk about why he made this year’s concert eventful. He said that he saw a need to celebrate those who have stood by his band over the years. This was part of why he brought them in their large numbers to celebrate with them. He however singled out for praise the matron of his music band, Prophetess Bisi Onalaja; their grand matron, Princess Olubukola Kilani from the Rep. of Ireland; Prophet Toyin Ibidayo; Prophet Daramola, including Pastor Oluwafemi Idris among others.