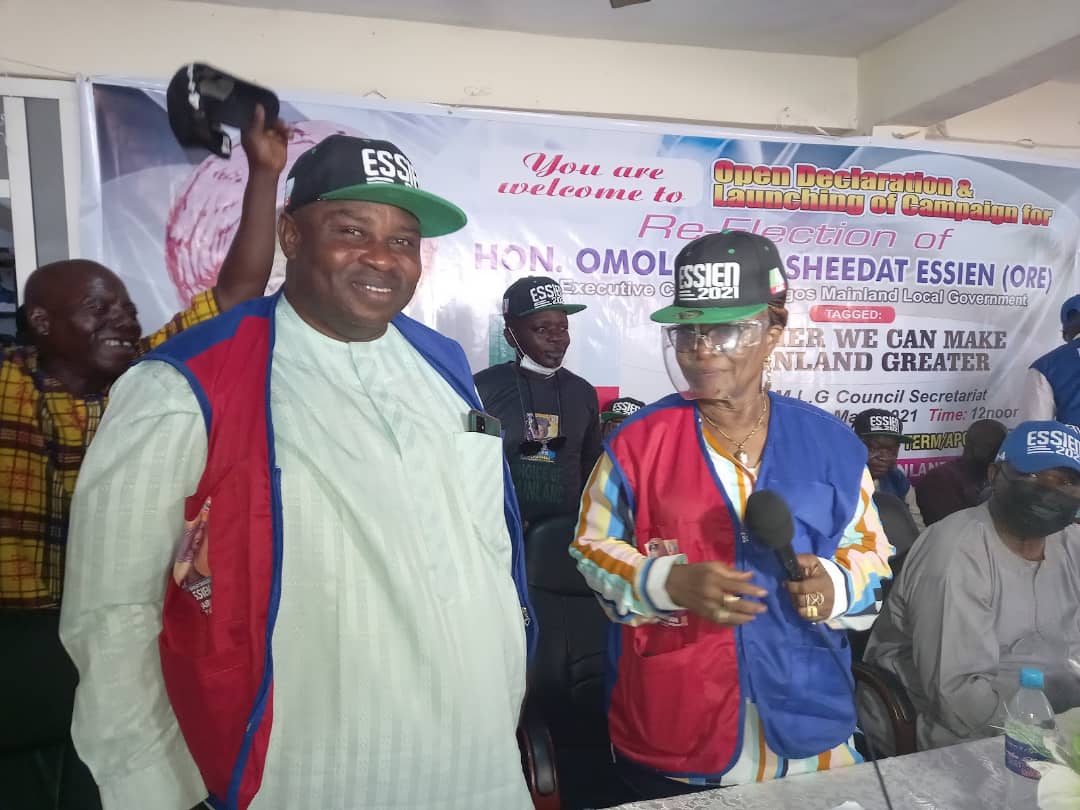 The campaign declaration and launching with the theme ‘Together We Can Make Lagos Mainland Greater’ has in attendance political leaders,religious leaders,Royal fathers, different ethnic groups,market leaders,and the deaf association in the local government.

Mrs Omolola Essien in her acceptance speech said she affirmed her Committment to serve the great people of lagos Mainland Local Government for the second term inorder for her finish the good works she has started. She also assured her constituents that her second term in office,she will continue the works she has started in the area of peace and security, social welfare, works and infrastructure, healthcare services,education, environment, poverty alleviation and many more.

The chairman Yaba local council development area Hon. Dr. Kayode Omiyale who was also present said one good turn deserves another,that Mrs Omolola Essien’s tenure in office is very impressive that has impacted so much on all the

‘Together We Can Make Lagos Mainland Greater’- Chairman, Mrs Omolola Essien Launches Campiagn For Second Term was last modified: May 22nd, 2021 by Reporter