Why TONTO DIKE Walked Out Of Her Marriage 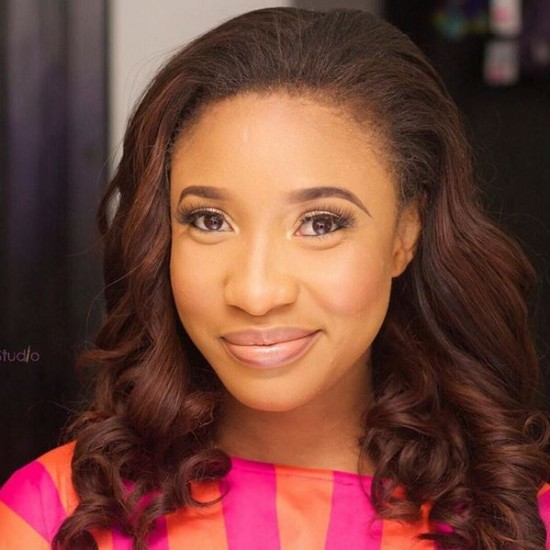 Last week, the marital crisis of popular Nollywood actress Tonto Dikeh and her millionaire husband Churchill Oladuni broke online.The fair complexioned mother of one who never hesitated to flaunt the affection and gifts she always got from her estranged husband on all her social media also resorted to the same medium to cry for help over her troubled marriage. She made the on-going marital crisis public a day after she apologised to her colleague Mercy Johnson publicly and also revealed that there were traces of infidelity in her marriage.

Few days later, the actress sparked more fire by deleting her husband’s name from her Instagram page and reverting back to her maiden name. At the peak of the crisis, a light skinned beautiful Nollywood actress Rosy, whose real name is Rosaline Meurer, who currently works closely with Tonto Dikeh’s husband through his Big Church foundation project was rumoured as the lady behind the whole problem. But she has denied it. She was alleged to be too close to the actress’ husband who she works with. Although she has long come out to debunk the story, tongues are still wagging over her relationship with Tonto’s husband. They have been spotted together at different occasions especially during Big church foundation events. Asides the striking resemblance between Rosy and Tonto which includes complexion, built and tattoos, she is said to be way younger and also slimmer. Not perturbed by the on-going marital saga she is enmeshed in, Rosy who celebrated her birthday last Tuesday got herself a black 2016 Toyota Land Cruiser Prado SUV.

She is having the best of times at the moment. As for Tonto whose son’s birthday came up few days after her marriage packed up, she further confirmed her marriage was over by moving out of her husband’s Abuja home with her 1 year old son. In a letter she replied to a fan via instagram, she revealed that her husband no longer cares about her and her son, and hadn’t bothered to check on them since she packed out of his home. In her words, ‘’ When a woman leaves her husband, she takes her child because absolutely nothing else matters to her but the child. This is what I did and I happily give all access for his father to see him. Now my question to you is that did your source also tell you that he has never called for once to ask how his son is doing? I will admit, I personally blocked his access to me for the sake of my emotional stability, But nonetheless he has the nanny’s no, my assistants contact, my part time helps number, and many other mediums of reaching the son your source claims I ‘took away’.

He could use all possible mediums wisely if he wished to”, “As an acclaimed “concerned fan” I expect you to pray not to indirectly throw “concerned” shades..“What goes on in my marriage and home is my personal life, I’m grateful for all the years of support you all have been giving me but when it comes to the matters of the heart have enough respect to let us go thru our moments alone..”Also reacting to their marital crisis, Tonto Dikeh’s Husband revealed while wishing his son a happy birthday on instagram that Tonto has denied him all access to his son and it hurts him badly. Speaking in an interview he granted recently, he says “Every family has its ups and downs but I would not want to talk about my family. ”Every marriage has good and bad moments; it’s just unfortunate that I recently discovered that the alleged marriage instability is making headlines on some media platforms. “Please Tonto Dikeh fans and well-wishers take it easy on her, guess she is still adjusting to motherhood. With time, it will be well. “My son, I sure miss him so much. I have planned a worthwhile birthday party for him with friends and family members but it’s sad to say that all effort to reach him proved abortive, and this is affecting my business and emotions. “The mum won’t pick calls and the nanny. “Our son has been with the mother and not at home for now. “I truly, should not be granting this interview if this is all about my family. “I am very optimistic that the family will unite together for King Andrea birthday even though channels to reach my wife are temporarily off,” Tonto and her husband Mr Churchill got married 17 months ago traditionally at her hometown in Port Harcourt and she delivered a baby boy named King Andre 7 months after in a United States hospital.

Not much is known about Mr. Churchchill a popular philanthropist. Oladunni Olakunle Churchill is the Chairman of the Big Churchill Haven Limited and the CEO of Big Church Entertainment. He is the son of Olusegun Obasanjo’s young brother.

Sources reveal the actress chose the best time to move out of her husband’s home, shortly before her son’s first birthday, because she knows he holds baby Andre so dear to his heart and nothing will hurt him more than not seeing his little king celebrate his first birthday.

Prior to his birthday, Mr. Churchill had already bought a 2017 GMC Suv birthday gift for his son which he flaunted on  his instagram page. A day before February, 17th which was the actual birthday of his son, he wrote a heartfelt birthday wish where he also lamented on his inability to reach him because he had been denied access to him. His message reads. “Happy birthday to my darling son king Andre in a bit.  Kings will come to your rising your greatness will be heard all over the world.  You will be greater than your father; you will rule your generation and your place will always be on the throne”.

The warmest wishes as your 1st birthday approaches. The moments that we shared are so precious to me. I hope we will have lots of them in the future as well. Daddy is still trying hard to get access to you but hopefully very soon everything will be okay. Many blessing my little king.”

Tonto on the other hand posted pictures of herself and her cute baby on a cruise and also released  some beautiful photo shoot with king Andre on his birthday.

It is a powerful community that supports local organizations that are working to educate children, feed the hungry, preserve our environment, build houses, train women (and men) with job skills, and do hundreds of other amazing things.

They make it possible for organizations in Africa and beyond to access the tools, training, and support they need to be more effective and make our world a better place.

His vision is to create a world in which everyone has an equal opportunity and access to basic amenities and commodities like education, health services, and unleashing their potential.

Their mission is to:

Making Financial Donations to the sick.

Why give through Big Church Foundation?

Big Church Foundation enables you to fund the underdog. Churchill Oladunni says we make it possible to support creative ideas that might never be funded through traditional development and philanthropy approaches. But just because you’re funding the underdog, it doesn’t mean you’re taking undue risk. We have a tested vetting process, and we make sure donors get feedback about how their contributions have been put to work and the results achieved – with satisfaction guaranteed through the Big Church Foundation.

All donations go through the Big Church Foundation, a registered nonprofit organization. There are no costs for nonprofits to join Big Church Foundation. When a donor makes a $100 donation, $100 goes to the project(s) of his/her choosing, and we’ll also provide those organizations with tools, training, support, and access to a new crowd of potential supporters, including our corporate partners.

We work with registered nonprofit organizations all over the world. Unlike a traditional foundation, Big Church Foundation does not provide grants. Instead, we offer an easy-to-use fundraising and donor management system, tools and training, and access to our corporate partners and media outreach. 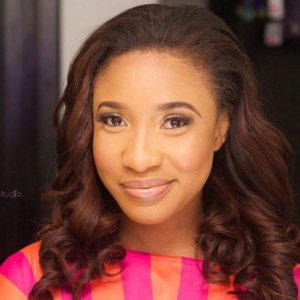 Why TONTO DIKE Walked Out Of Her Marriage       was last modified: February 19th, 2017 by Vivian Onuorah