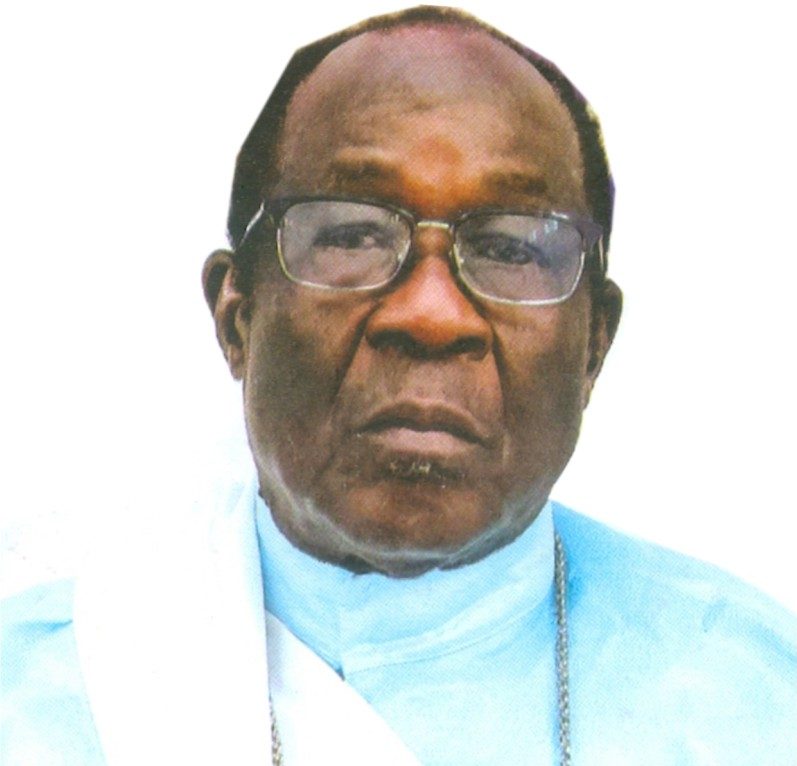 •Details Of The Classy Party In IBADAN

On Saturday, 12th, February 2022 members of the Celestial Church worldwide felt the greatness of the day,  as one of their respected prophets and patriarchs, Most Sup. Evang. Jacob Deji Nunayon celebrated his 80th birthday in Ibadan.

Dr. JD Nunayon as fondly called is the 3rd inline in the hierarchy of Celestial Church of Christ leadership and representative of the great church at its international headquarters.  He has indeed contributed a lot towards the advancement of the cause of the church over the years. Dr. Nunayon is the grand patron of 9 reputable parishes of the church worldwide.

The celebration of the iconic JD Nunayon at 80 was massive. It can better be referred to as a Mega party. No wonder they say; big occasions are meant for big people. This exactly is what played out as the celebration galore was held for 8 days which was laced with a series of activities and events in honour of the celebrant and man of the moment.

City People reporter, JAMIU ABUBAKAR and Photographer, WALE OSANYINTOLA attended the birthday service and the reception party. Below is the blow by blow accounts of the talk of a town birthday celebration in Ibadan.

The celebrant of the day, Most Sup. Evang. Jacob Deji Nunayon is a great spiritual leader and icon of the Celestial Church of Christ. He was born into the Nunayon family in a small village near Port-Novo, Republic of Benin, 80 years ago.  His mother was a devoted Cherubim and Seraphim and this made the young Jacob to be very active in the vineyard. Following his brief academic sojourn, Dr. Nunayon went fully into fashion designing. His love and passion made him carve the niche for himself as he began designing Sultanas (white garments). He joined the Celestial Church of Christ in Port-Novo in 1956 before he relocated to Nigeria as he was led by the Holy Spirit. In Nigeria, he continued worshipping at the Yemetu Parish of the church in Ibadan. Dr. Nunayon popularly called “Woleader” was called to the ministry in 1973 in a clear vision when 2 angels, Michael and Gabriel reportedly appeared to him and instructed him on the mission to set up his ministry which is now the beautiful edifice of the church, CCC International Cathedral located in Oke-Ado area of Ibadan.  He was also part of the team at Yemetu Parish that established most churches in the then Western Region of Nigeria. The highly gifted evangelist has extended the ministry of the Celestial Church beyond the shores of Nigeria. He loves attending to people especially the less privileged in order to put smiles on their faces. Dr. JD Nunayon is married and blessed with lovely children, grandchildren and great-grandchildren. They were all on ground to celebrate their father.

A Series of events were held in honour of the patriarch at 80. Starting from Sunday 6th February 2022 up till 13th February 2022, it was from one event to another for a good 8 days. Below are the events held within the days: Opening Thanksgiving, Shepherds forum and Lunch, Breakfast with the Children, Reminiscing with the Elders, Diner and Launching of JDN Foundation, Youth Day, Prayers and Fireworks, Birthday Service and Reception, and finally Birthday Thanksgiving Service. It was indeed a mega party.

AT THE BIRTHDAY SERVICE

The birthday service in honour Dr. JD Nunayon was held at the auditorium of the Celestial Church of Christ, Oke-Ado Parish, International Cathedral in Ibadan. It was a full service that took over 2 hours as the auditorium was filled to the brim, with families, associates, members of the church and dignitaries. They all came around to be part of the service. Laced with numerous prayer sessions and hymns, the service was conducted by AVS Michael Adekale, the regional head from the USA while other reputable Cele clerics took charge of different segments of the service. It was during the service that the congregations were informed about the establishment of a new radio station in honour of the celebrant. It is an online radio with the name JDN radio whose coverage reaches far and near.

AT THE RECEPTION PARTY

The Kankanfo Inn and Event Centre was the venue of the reception party. The event centre is very popular in Ibadan. It is located along the popular MKO Abiola Way. The reception party was a beehive of activities. The hall was filled to capacity as dignitaries and guests of the celebrants and his children, many of whom travelled from abroad to be part of the epoch-making ceremony.  They were thrilled by the classy reception they got. Dr. Nunayon no doubt is a man of all people. The reception party started around 4 pm with a prayer from one of the clerics in the hall. Later on, the celebrant was ushered into the hall as he was accompanied by his children to the well-decorated high table especially designed to distinguish guests. Ven. Sup. Evang. Afis Kiki mounted the stage to speak about the many things Dr. Nunayn, the celebrant has done in service to God and man. He laid emphasis on the JDN Foundation, which is being used as a platform for reaching out to the less privileged in society. He however told the audience the efforts he and the children of the celebrant had put in place to write a book about the man of the moment. He charged the entire audience to support the noble cause of Dr. JD Nunayon to keep his legacies for life. Moments later, the birthday cake was cut after which a photo session was held where the celebrant took photographs with his children, family members, church members, fellow clergies, friends and associates. The party proper began when popular musician Abe Dosunmu popularly called Mega 99 stormed the stage to entertain the celebrant, his children and their guests. While the reception party was at its peak, many of the church members were having another reception party at the church premises in Oke-Ado. It was a celebration extravaganza.

CHILDREN OF THE CELEBRANT GAVE THEIR FATHER PRECIOUS GIFTS

This is a moment many parents would live to cherish for life. Living to see their children grow to maturity and achieve greatness in life, above all celebrating them at old age. The children of Dr. Nunayon did not only celebrate him at 80, but they also gave him a befitting and best-ever birthday party. To crown it all, they gave their father birthday gifts, part of which includes; an album of songs by the children dedicated to celebrating him. They wowed the large audience in the hall when they revealed that they would be presenting to their father 2 classy SUV vehicles amidst others they had in stock for him. According to the eldest son of the celebrant, Deji K. Nunayon who spoke on behalf of his siblings, he said it’s in appreciation to their father for always being their pillar, they presented the gifts from the depth of their heart. Indeed they have made their father a proud man. In response to the gift he got, Dr. Nunayon was so joyous that he prayed for the lovely children. He as well prayed for everyone in the hall that God should elevate them beyond their imagination.

KNOWING WHAT THE JDN FOUNDATION STANDS FOR

The JD Nunayon Foundation also called JDN Foundation is established solely to benefit members of the general public. It was founded to commemorate the 80th birthday of its President, Most Sup. Evang. Jacob Deji Nunayon is passionate about the less privileged in society. The foundation is out there to alleviate the sufferings of the less privileged such as widows, widowers, orphans, vulnerable children and the aged in Nigeria. The foundation has taken the mandate of promoting education through the award of scholarships and bursaries. Also, it will roll out different empowerment programmes and social activities.

Fondly called Ogo Cele by most of his fans, Abel Dosunmu a.k.a. Mega 99 had an ecstatic display on stage. The music star and his band played for hours entertaining the celebrant and his guests. Later on, the celebrant graced the stage to dance and merry while his children and their guests joined Dr. Nunayon in celebration. It was a moment of joy, as the celebrant danced to the songs of Mega 99.

It was a day of praise and worship as a team of 80 choirs stormed the stage to sing songs of praise in celebration of the iconic Dr JD Nunayon who turned 80 years old. Each of the choir bands performed to the satisfaction that they wowed many of the audience. Their impressive performance on stage did not go unnoticed.

Another high point of the reception party was when veteran gospel musician, Funmi Aragbaye mounted the stage to join Mega 99 in celebrating the man of the moment, Dr JD Nunayon. Seeing her perform briefly on stage was delightful as the entire hall stood still for her.

READ ALSO: ALL TINUBU’S TRAITORS WILL BE PUT TO SHAME – MUDASHIRU OBASA

All TINUBU’s Traitors Will Be Put To Shame – MUDASHIRU OBASA

Celebrating The Super Brides Of 2021