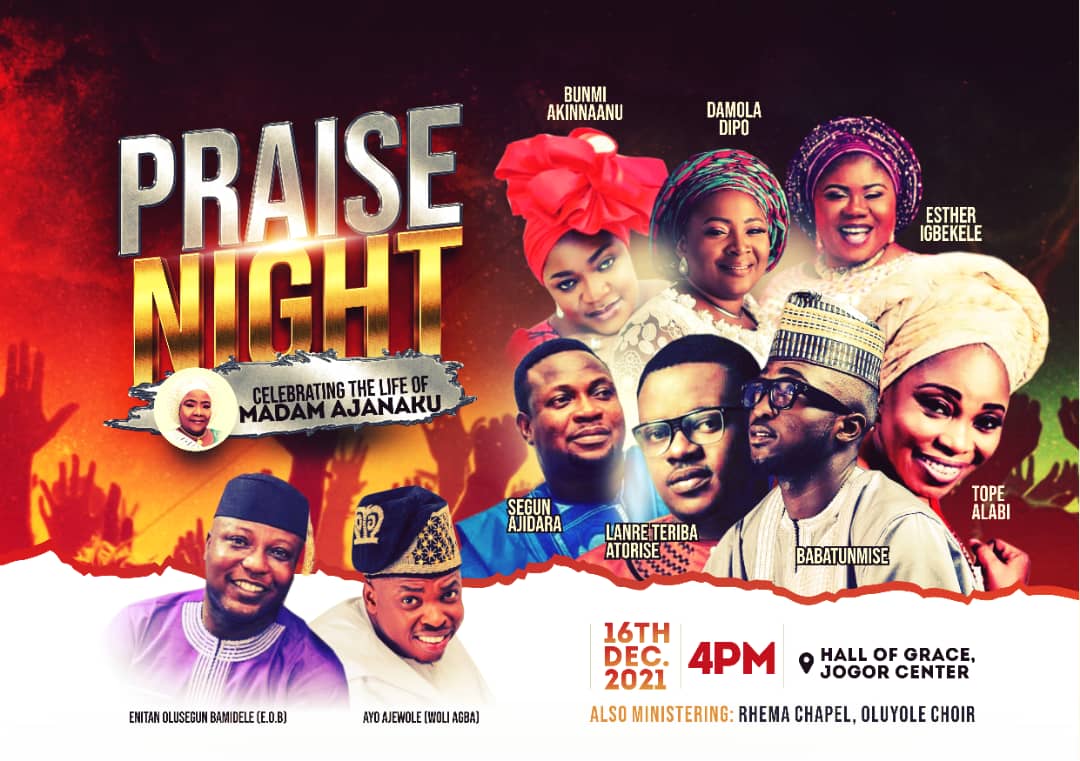 All the outlined programs for the deceased, no doubt, will attract the who-is-who from all walks of life, from within and beyond the shores of Nigeria, to the ancient city of Ibadan. That, of course, is to be expected; Otunba Rotimi Ajanaku is quite popular and well connected. He’s rich and sociable too. He won’t spare no cost in giving his late mother a befitting burial.

It’s definitely going to be celebration of a life well spent of Mama Victoria Ajanaku. Who has been described as a lovable, caring mother and a good wife to her husband in her life time. Mama was also said to be a dedicated Christian.

Madam Victoria Olakitan Ajanaku was born on 5th May, 1947, to the family of Pa Ayodele and Madam Fatimo Ogundalenu in Ondo State. She was a trained Auxiliary Nurse and practiced for many years before she retires. Apart from nursing, she was also into business until her death on Saturday 21st August, 2021, at 74. She is survived by lovely children and grandchildren.

Saraki to meet SERAP, other CSOs on...