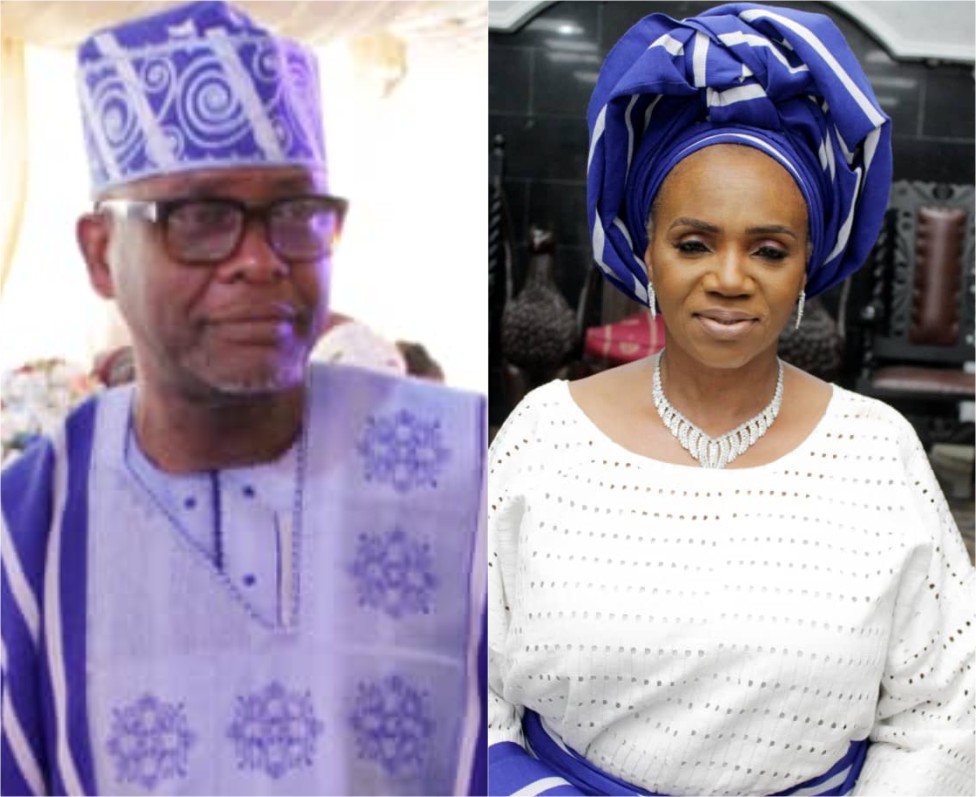 •Details Of The Class Event In ABEOKUTA

On Friday 22nd, 2022, eminent personalities gathered in Abeokuta to celebrate with an illustrious son of the soil, Ambassador Toye Okanlawon, as he became the new Bobagunwa of Egbaland and his pretty wife, Mrs Bodunrin Adedotun Ajoke Okanlawon, as Erelu Bobagunwa

Many people believed the conferment of the Egba general chieftaincy title of Bobagunwa of EgbaLand is a well-deserved honour for Ambassador Toye Okanlawon because of his love for humanity. He is a man loved by his people, a man whose sense of giving is incomparable, his determination to make everybody happy is unmatched, no wonder the Palace of Alake was flooded with dignitaries from all walks of life, to rejoice with the family.

The Akinrogun Egba, Chief Olusegun Osoba also confirmed the worthiness of Ambassador Toye Okanlawon in his short message: “It is a thing of Joy for Ambassador Toye Okanlawon to have been found worthy to be installed as Bobagunwa of EgbaLand by our Paramount Ruler HRM Oba Adedotun Gbadebo. This is a title that Chief MKO Abiola held creditably and enviably during his lifetime. Ambassador Okanlawon being a close associate of MKO ABIOLA is most qualified to hold the title after the elevation of Chief Bode Mustapha to Osi Egba. Congratulations and best wishes.”

The day started with the installation before the guests moved to OOPL for entertainment. City People Head of Tv, SUNDAY ADIGUN and Photo journalist, SUNDAY ADERIYE were on ground to serve you gists from there.

The beautiful palace of the paramount ruler of EgbaLand, HRM Oba Adedotun Gbadebo was agog with activities. The serenity and the atmosphere was conducive. Beautiful guests from all walks of life trooped in in their beautiful apparels. The sounds from the local drums welcoming the guests into the palace. Many of Egbaland high chiefs were already seated. Many of them dazzled. Different groups of friends wore different Aso Ebi, All the Iyalodes and Erelus were not left behind. It was all a good sight to behold.

The moment we can’t fail to capture was the grand entry of the Paramount Ruler of EgbaLand, HRM OBA ADEDOTUN GBADEBO. Osi Egba led the troop of Egba chiefs, as they accompanied Kabiyesi. His Royal Majesty was sighted dancing to the ancient drum played by the drummers at the entrance of the hall. He danced and sprayed the drummers money before he stepped in and the program commenced.

Ambassador Toye Okanlawon looked so magnificent in his beautiful complete blue color embroidery Agbada outfits. His wife was a synosure of all eyes as she combined expensive white lace with her embroidery. The moment came when the new chief and his wife, the new Erelu were invited for proper Conferment, as conducted by Kabiyesi himself. After which every guest moved to the OOPL for the entertainment of guests.

The event could pass as a conference of Royal Highnesses, as AKARIGBO of REMO led the group of monarchs who graced the event.

The entertainment of guests was held at the prestigious OOPL, one of choicest event halls celebrities use in Abeokuta. It was beautifully decorated and played host to over 700 guests of Ambassador Toye Okanlawon.

No one does it better than the veteran Master of Ceremony, ace broadcaster and Actress, Madam Abiola popularly known as Madam KOFO. She sure knows how to handle important dignitaries.

Evangelist EBENEZER OBEY Fabiyi DAZZLED guests with his scintillating performances, He sure made the day a memorable one for all as usual.

The atmosphere changed when Otunba GBENGA DANIEL the former Governor of Ogun State came into the all. Sen. TEJUOSHO and friends were also out for the New Bobagunwa. Other dignitaries also showed support. Many of them were there till the end of the party.

Amb. ‘Toye Abiola Abiodun Okanlawon was born in the second quarter of the mid-fifties ino the family of the late Chief James Olawale Okanlawon, who was the Baba Ijo of Kesi Emmanuel Anglican Church and late Chief (Mrs.) Janet Aduke Adebounpe Okanlawon, nee Akamo, who was the Otun Bada Onigbagbo Keesi township, both of Agbole Oloja, Keesi, Abeokuta. His late mother hailed from the great Akamo family.

Aside teh foregoing, he has attended several courses and seminars on international Relations Management and Leadership in Madrid, Spain, UK, US and in Canada.

He has just been appointed Member Board of Directors of International University of Data Information and Management USA.

After that he has served mostly at various countries. He is a Peace Mission Ambassador (United Nation Globa) up to date.

These include: • Member, Charted Institute of Insurance Director and Stakehoder in Conau International, African Alliance Insurance the oldest indigenous insurance company in Nigeria, Universal Insurance and Ghana Life Insurance in Accra Ghana • Special Envoy &; Ambassador Plenipotentiary extra ordinary to the former President and Government of Burkina Faso to US & UK • Vice-Chairman, Reach Africa Now Project • Appointed by President Muhammadu Buhari to the Board of Petroleum Equalization Fund and Abuja Environmental Protection Board Agency

• Member of Presidential Committee on Conflict Resolutions to Darfur, Senegal and to Southern Sudan between 1999 – 2007 • 1 Chairman, Gede Foundation on HIV/AIDS Awareness 2001- 2005 • Senior Special Adviser to former Vice President Abubakar Atiku on Policy and Strategies • Senior Adviser & Special Adviser to former President of Nigeria, Olusegun Obasanjo • One of the Coordinators of Hope ‘93 Organisation, Chief (Amb.) Olatoye Abiodun Okanlawon was the Senior Special Assistant to Chief MKO Abiola for several years and one of the agitators of the June 12 elections mandate • Director of F.I.A (Faith in Action) Organization in Nigeria and United State of America in the area of empowering women and access to education, Educational Infrastructure and Leadership Development and engages in policy advocacy • African Director for Chase Sterling International USA, Belize & Mexico • Member, Federation of Environmental Societies of Canada • Member, World Wide Fund for Nature (WWF) • Chairman and CED, Kings Dominion Investment and Fountain Bleu Global Consulting

He is also an active community philanthropist and a social entrepreneur who has touched many lives.

He is a poet and has travelled worldwide in course of his assignment as ambassador extraordinary.

Evang. (Amb.) Olatoye Abiodun Okanlawon is in happy wedlock to Pastor (Mrs.) Bodunrin Okanlawon and the union is blessed with promising children.