Transfer Deadline Updates: Chadli On His Way To Swansea City 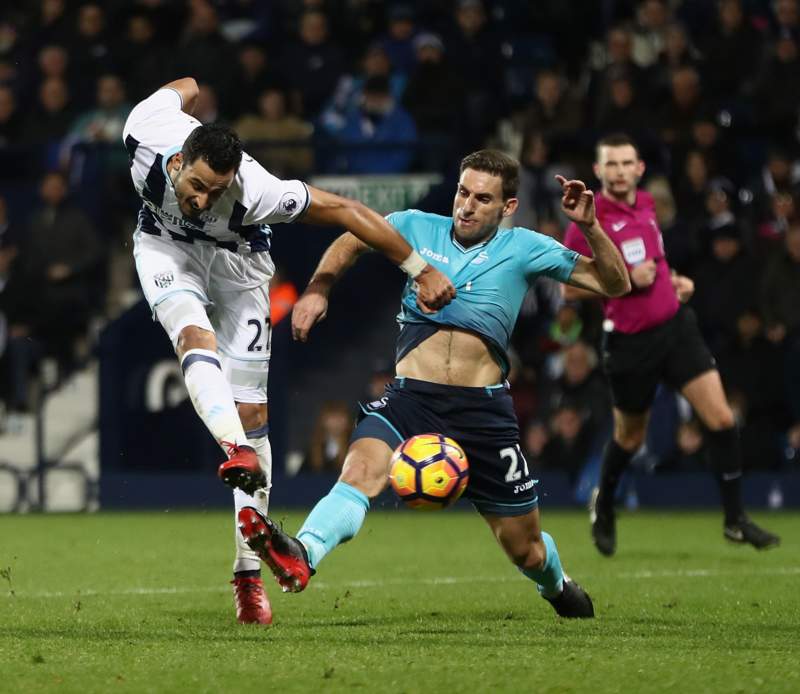 West Bromwich Albion winger Nacer Chadli could be on his way to join Swansea City.

Swansea are interested in Chadli, who they have tracked since 2013, but have yet to find agreement with Albion on a fee.

Llorente, 32, who was Swansea’s top scorer last season with 15, played for Chelsea manager Antonio Conte at Juventus for a season in 2013-14.

So it is looking like a busy end of the transfer window down in South Wales.

Tottenham are closing in on the signing of Ivory Coast international Serge Aurier after the Paris St-Germain defender was granted a work permit.

The matter had been complicated as he was handed a suspended two-month prison sentence last year having been found guilty of assault.

Everton have rejected a £25m offer from Chelsea for Ross Barkley, but the England midfielder could still leave the club before Thursday’s deadline.

Chelsea’s offer was below Everton’s original £50m price tag – but it is likely this will be reduced as Barkley has one year left on his contract.

The 23-year-old has turned down a new deal at his boyhood club.

His situation is further complicated by a serious hamstring injury which could keep him out for three months.

It’s been an astonishing summer of transfer activity at Everton. The big-money signings of Jordan Pickford and Michael Keane already look like bargains in a hyper-inflated market.

Record signing Gylfi Sigurdsson is a proven Premier League match-winner, and his outrageous effort against Hajduk Split underlines the goals and a sprinkling of stardust he will bring to the team.

Davy Klaassen and Sandro Ramirez have enough of a proven pedigree in the Netherlands and Spain respectively to suggest they will bring quality to the squad and Cuco Martina has looked more than able so far.

But there remains a big concern. The acquisition of a central striker is of paramount importance. Not just to try to replace Romelu Lukaku’s goals but to bring a focal point to Everton’s front play that they are lacking. Dominic Calvert-Lewin looks full of promise but is not ready to fill that role week in, week out.